What to See in Naples: Castel Nuovo, the Angevin Castle

There is so much to see in one of Italy’s greatest cities that it would be impossible to describe it all in one article. Today we’ll be exploring the Angevin Castle in Naples. Called a whole series of different names including the Angevin Fortress, Castel Nuovo, Castello Angioino, or even Maschio Angioino, it all refers to the same massive fortress that is literally in the heart of the city.

There are few cities like Naples in the entire world. It is both raw and elegant, crude and refined, sacred and profane, and everything in between. Many feel that you haven’t truly seen Italy until you’ve seen Naples and of course, you haven’t truly eaten pizza until you have had pizzas in Napoli. In the very heart of the city, right in front of City Hall (Palazzo Municipio), Castel Nuovo rises like its own empire right before your eyes.

Considered medieval, it was erected in 1279 by the Angevins, specifically Charles I of Anjou, and completed in just three years. There were already two existing castles in Naples, Castel dell’Ovo and Capuano, but Castel Nuovo was, in fact, to be the “new castle”. It was to be a royal residence, but unbelievably, Charles never got to live there because the Angevins were briefly overthrown by the House of Aragon. 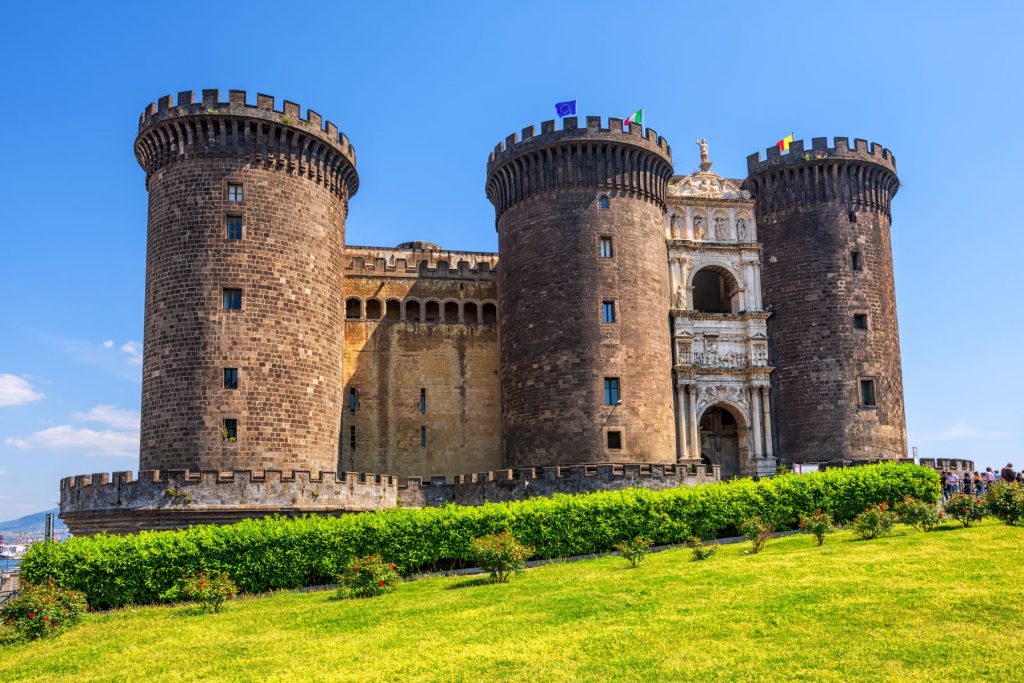 Castel Nuovo has hosted some of the most illustrious guests in the history of Italy including Petrarch, Giotto, and Boccaccio as well as being the location of the first papal abdication by Celestine V, founder of the Celestine order.

The Aragonese and Angevins continued to battle until the Angevins finally fell in the 15th century. It was then that Castel Nuovo was expanded to include the massive towers resembling Catalan-Gothic architecture and the main gate was rebuilt into a triumphant arch that sticks out like a sore thumb.

Today, visitors can visit the entire complex in a guided tour taking you through the Armory Room, the Palatine Chapel, the Charles V Hall, and the Baron’s Hall which often houses exhibitions. The castle is also home to the Civic Museum of Naples.

The Palatine Chapel once contained a cycle of frescoes done by Giotto depicting scenes from the Old and New Testament. Sadly, they have been almost completely destroyed over time and the changing of hands over the centuries. 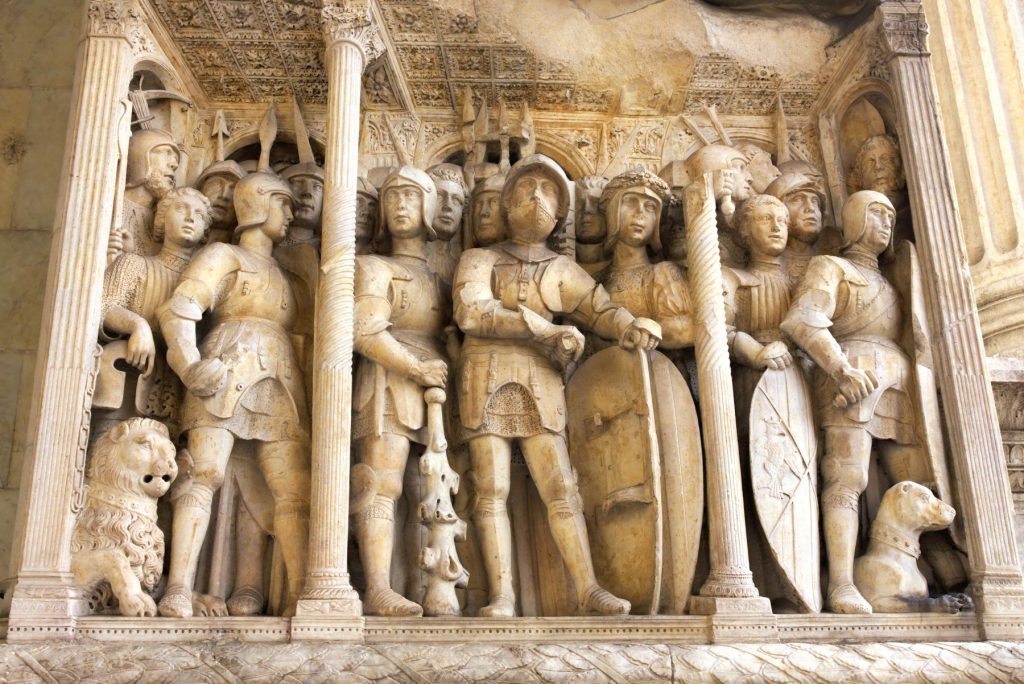 The Armory Room, in addition to housing war weaponry, also contains ancient Roman ruins dating from the 1st century BC to the 5th century AD.

Sala dei Baroni, or the Baron’s Hall is considered to be the most magnificent and it too once contained frescoes by Giotto himself. Between its breathtaking vaulted ceiling and its view overlooking the Gulf of Naples, it is truly stunning.

Visit the official website for ticket information and opening hours. 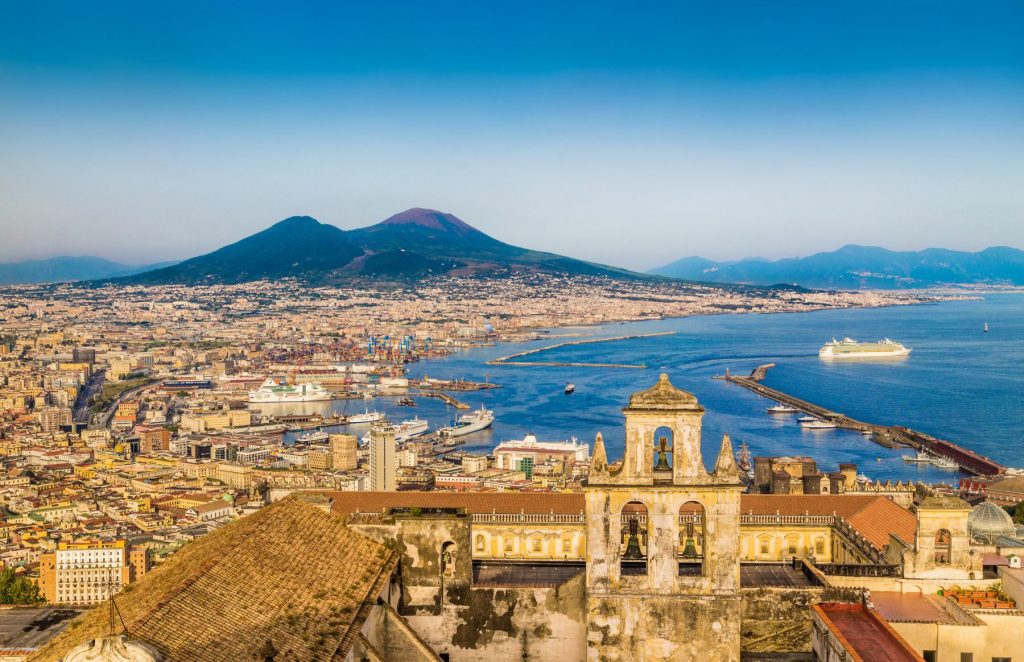