Part of the Pompei Archaeological Park, Oplontis was one of the ancient cities buried in ash from Mount Vesuvius in 79 AD. Located in present-day Torre Annunziata on the Gulf of Naples, Oplontis holds some of the most well-preserved villas and buildings from ancient Rome including Villa Poppea. Let’s find out more! 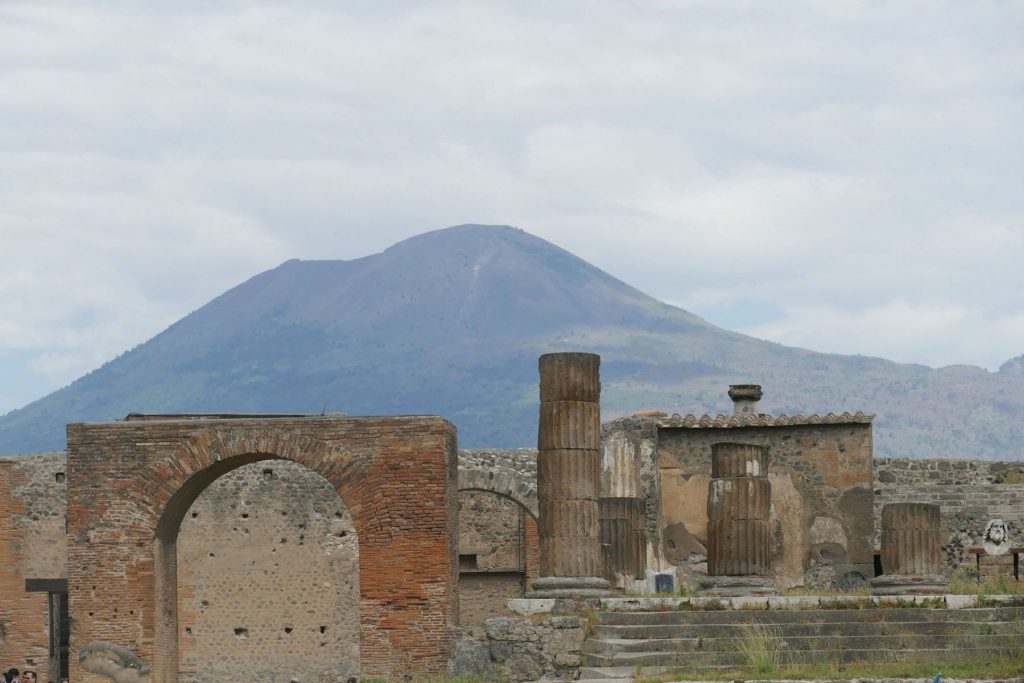 Many people don’t realize that aside from the well-known Pompeii and Herculaneum, there are a total of 9 sites that are all part of the archaeological park and UNESCO World Heritage Sites. Oplontis is considered to be a sort of a suburb of Pompei and is located in the present-day city of Torre Annunziata. 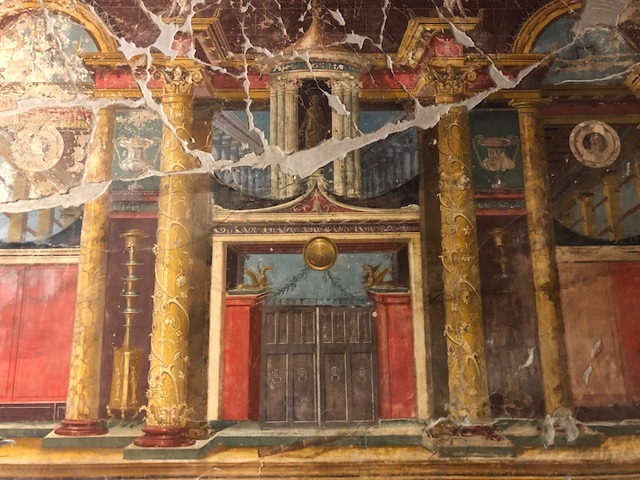 The villas that were excavated are generically known as “Villa A” and “Villa B” although “Villa A” also goes by the name of Villa Poppea (also written Poppaea).

Poppea was most likely named after Emperor Nero’s second wife, princess Poppaea Sabina. This was a luxurious residence filled with opulence in the 1st century BC and would have been her residential villa outside of Rome. Exquisite gardens, porticos, baths, and rooms all with a view of the Gulf of Naples and fabulously decorated walls in rich colors filled the villa. A swimming pool was even added during an expansion project.

In the 16th century, during the construction of the Conte Sarno Canal, Villa Poppea was unearthed but not truly excavated until the 18th century. Like most of Pompei, the site is still being excavated to this day. 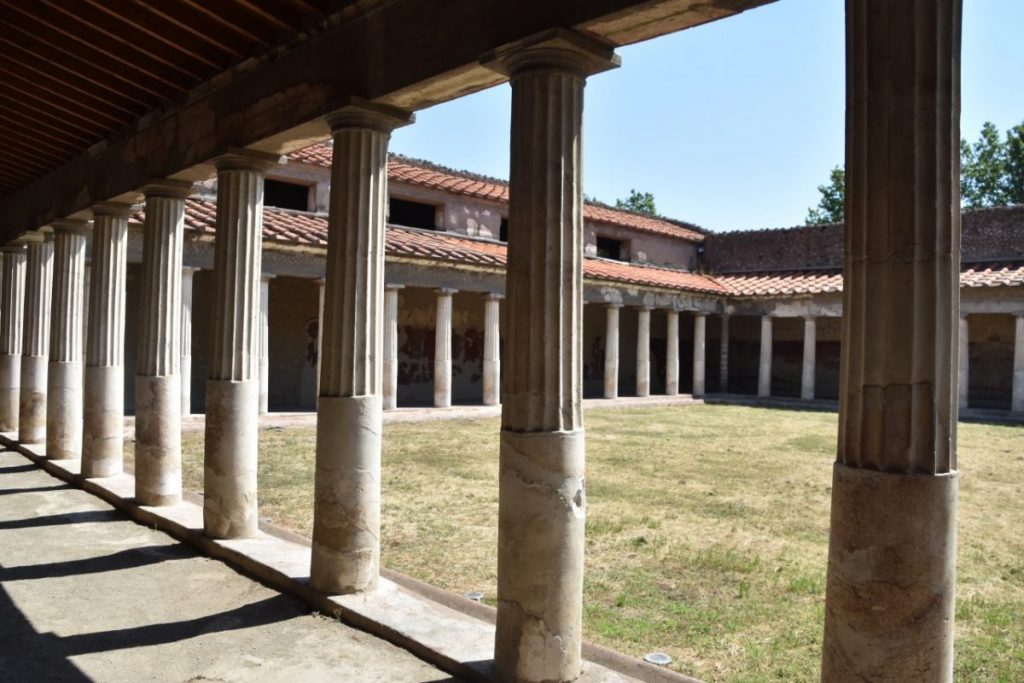 Villa B is also referred to as “Lucius Crassius Tertius” and was smaller than Poppea but still impressive. It is not open to the public. It was built sometime in the 2nd century BC  and in contrast to Poppea, Villa B was used for the storage of goods.

Excavations have revealed hundreds of amphoras used for local wine production and olive oil. Sadly, in one of the storehouses, 54 people were found buried alive in the eruption of 79 AD. Many were found with gold coins and other possessions clearly attempting to flee their imminent fate. Incredibly, Villa B wasn’t discovered until 1974 when a school gymnasium was being built!

Make sure to check the official website before planning your trip!

Post Views: 264
Redattore
Where to Stay in Trentino: the Agritur Pisani Agriturismo in Brez
Visiting the Monte Rufeno Nature Reserve in Lazio