Palmaria Island off the Coast of Portovenere

The Ligurian coast is one of the most beautiful and characteristic in the entire world with its colorful houses and steep, rocky cliffs contrasting against the turquoise water. Names like Cinque Terre, Portofino, and Portovenere come to mind. Just off the coast of Portovenere lies a tiny island named Palmaria which is well worth the short ferry ride.

From Portovenere, in just a few minutes, and with just a few euros, you can be at the secluded island of Palmaria immersed in the Tyrrhenian Sea’s Golfo dei Poeti’s ever-changing hues of blues and greens. Palmaria is part of the archipelago that includes two even tinier islands (Tino and Tinetto). Less than 50 people actually live on this island and there is basically no car traffic. 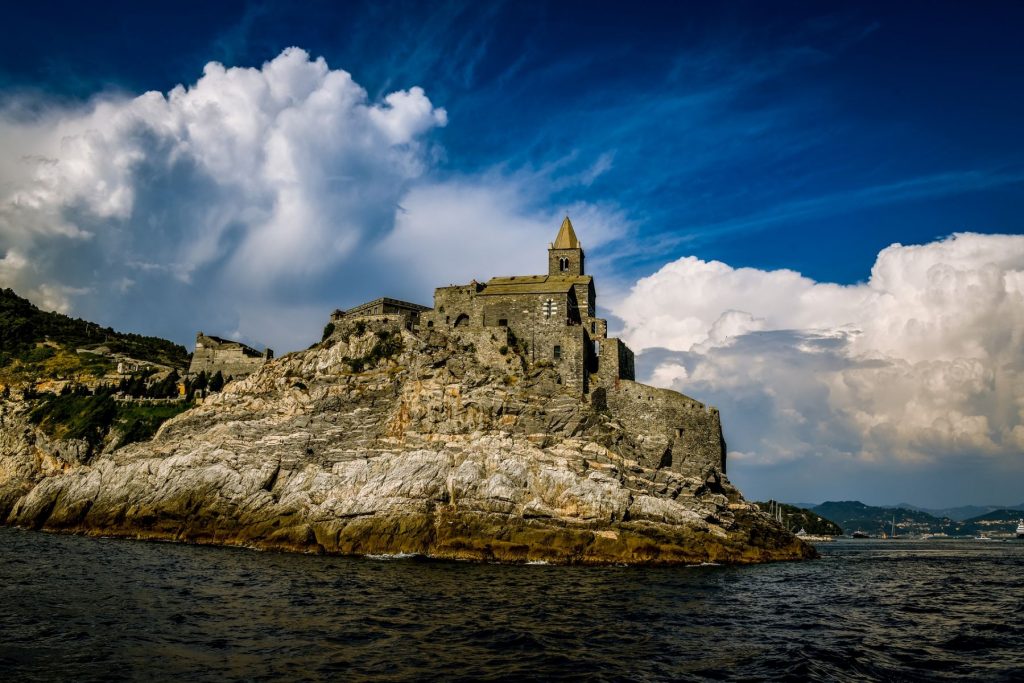 What to Do Once You’re There

The ferries dock in Terrizzo and this will be your starting point for your island tour. This is a place you come to hike, kayak, and swim and be completely in touch with nature. The trails are clearly marked and are not extremely difficult. You’ll be amazed at the variety of flora that you can encounter depending on the season, including wild orchids and berries.

Your first stop is the Torre Corrazata Umberto I which is not an old castle by any means as it was built in the late 1800s (in other words “new” by Italian standards). It was used as a prison in the 1950s and can be toured today if you are so inclined. Throughout the year, it holds various exhibits and events.

If you want a view of the other two islands in the archipelago, take the route towards Punta della Mariella which divides Cala del Pozzale and Cala della Fornace. You will also run across caves of the characteristic black marble called portoro formed 300 million years ago. This precious marble was mined here from Roman times all the way through the 1980s when it was finally stopped due for environmental reasons. La Spezia’s Santa Maria Church is built from this very marble.

What would an island be without a few magical grottos? Palmaria is no exception with its three stunning natural grottos: Azzurra, Vulcanica, and Colombi. The Grotta Azzurra, or Blue Grotto, is so named for its gorgeous reflections created on the rocks. Interestingly, the Vulcanica Grotto has a freshwater source. Grotta dei Colombi is found 30 meters above the sea and amazingly, findings in the caves date back to Paleolithic and Neolithic times and included human and animal remains of over 27 different species.

There is also an old war battery that was used until just after World War I, Batteria Cala Fornace. There is a very secluded beach here that can only be reached by boat and where the water is very deep. 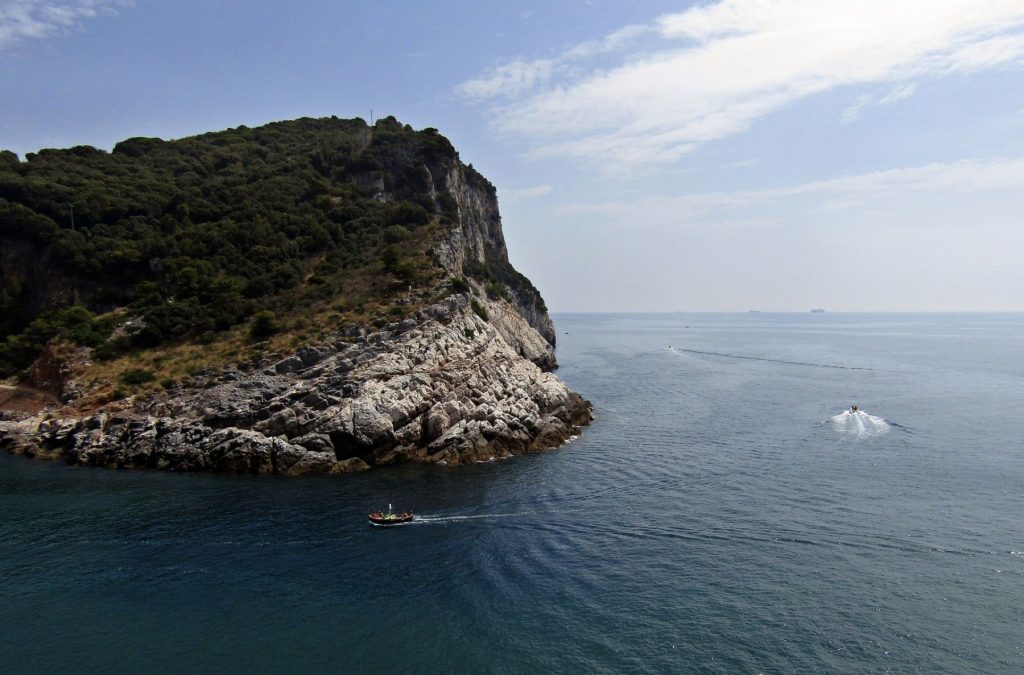 Cala del Pozzale, also known as Spiaggia dei Gabbiani (Seagull Beach), can be reached by the foot trail and is covered with pebbles. Punta Secco (Gabbiano Beach) is the most suitable for families or for the less-adventurous since it is sandy and has facilities. This is also where you will get the most stunning views of Portovenere.

You really can’t miss on Palmaria Island, but you do need to come prepared as there are not very many services available. In other words, wear very comfortable hiking shoes, bring your gear and snacks, and if you plan to take a dip in the water, bring water shoes as well. There are also tours available that will take you in comfort and style on a lovely tour around the island from Portovenere.