Pentedattilo: the Abandoned Village in Calabria

We’re traveling into the deep south of Italy, to the extreme “toe” of the boot in the Calabria region. This is a mysterious region and although beautiful (mostly famous for its coast) it is virtually undiscovered and rugged. Villages that seem to have been almost dumped onto the rocky mountainside are a dime a dozen, but there is one in particular that stands out: the ghost town of Pentedattilo. 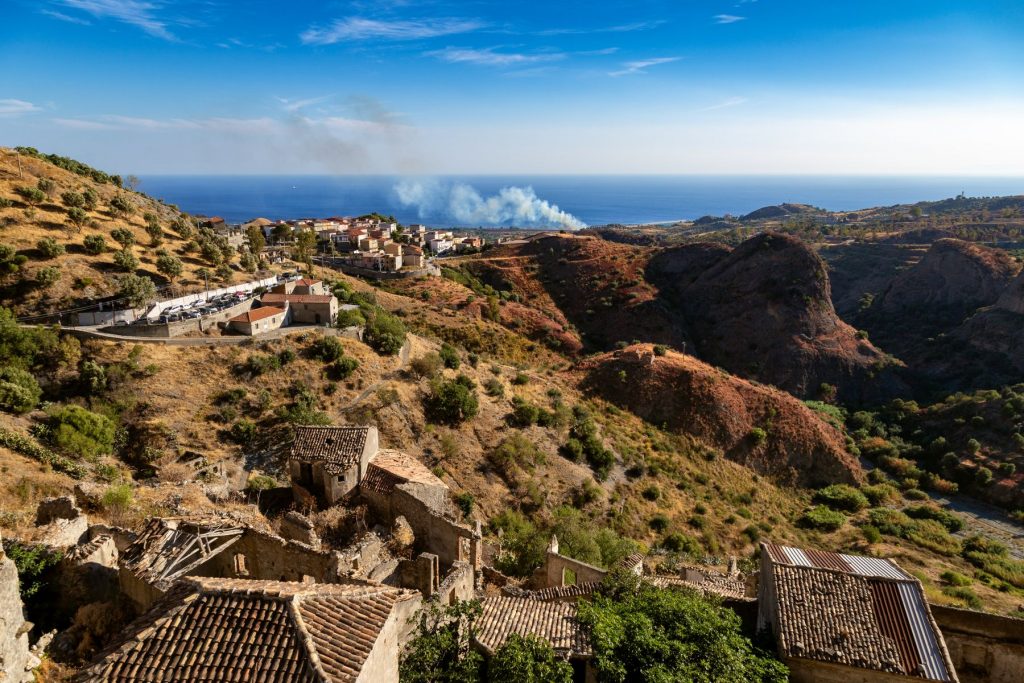 Pentedattilo sits atop craggy Mount Calvario at 250 meters above sea level. The name is from Greek for “five fingers” (pente daktylos) due to the mountains’ resemblance to a hand. It was, in fact, a Greek colony during the 7th century BC and due to its isolation, it actually preserved the Greek language until the late 1800s. Since then, like most of the Italian peninsula, it has been inhabited by all sorts of populations from the Byzantines to the Saracens to the Normans.

Its most famous ruling families are tied to what is known as the Alberti Massacre. The Albertis were the marquises of Pentedattilo during the late 1600s who were in a feud with a neighboring ruling family from Montebello Ionico, the Abenavolis. As is usually the case, there was a love interest that brought them to the breaking point leading to the slaughter of the entire Alberti family, including a 9-year-old boy. Legend has it that you can still hear the screams coming from what is left of the castle.

It is hard to imagine how anyone could have ever lived here, even in ancient times. It seems completely inhospitable at first glance. The sheer rocks, the isolation, and the arid climate all make it look more like a planet from Star Wars than an Italian village. After the devastating earthquake in the late 1700s, the population dwindled to the point of complete abandon by the 1960s. It was only in the 1990s with the help of various associations and volunteers throughout Europe that Pentedattilo was resuscitated.

Today, it is still extremely isolated despite the fact that it is only 6 km away from the gorgeous Ionian Sea and the municipality of Melito di Porto Salvo. There are only a handful of true residents but the revitalization has created a market for tiny artisan craft shops and local delicacies that are able to survive on tourists seeking an unusual adventure. The town has also become a unique and unlikely location (or maybe not, when you consider the place itself looks like a film set) for a short film festival typically held in September. 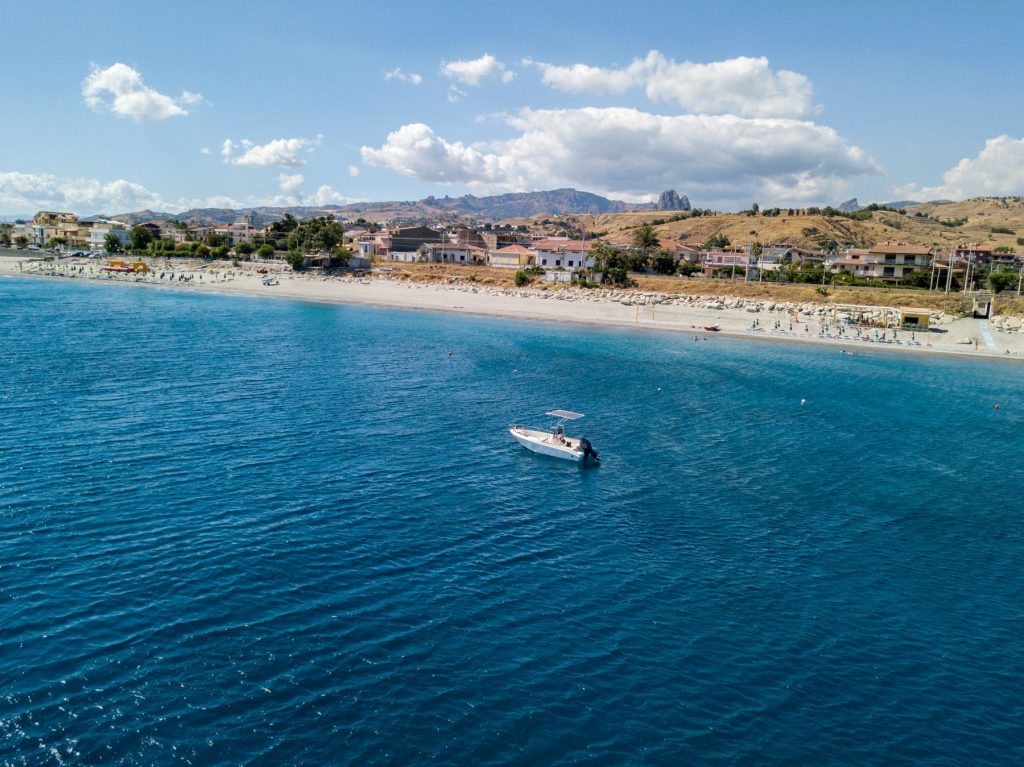 The closest major town is Reggio Calabria (30 km away) where you can get a bus, train, or rent a car to reach Melito di Porto Salvo or another town, Saline Joniche. From either of these two towns, you can reach Pentedattilo either by bus or on foot. Either way, wear comfortable shoes and if you decide to trek up the hillside, it will take you about 2 to 3 hours.

We can guarantee you this, you will have a story to tell about your travels unlike any other!

We think you might also be interested in reading about other Italian ghost towns: Calcata and Civita di Bagnoregio. 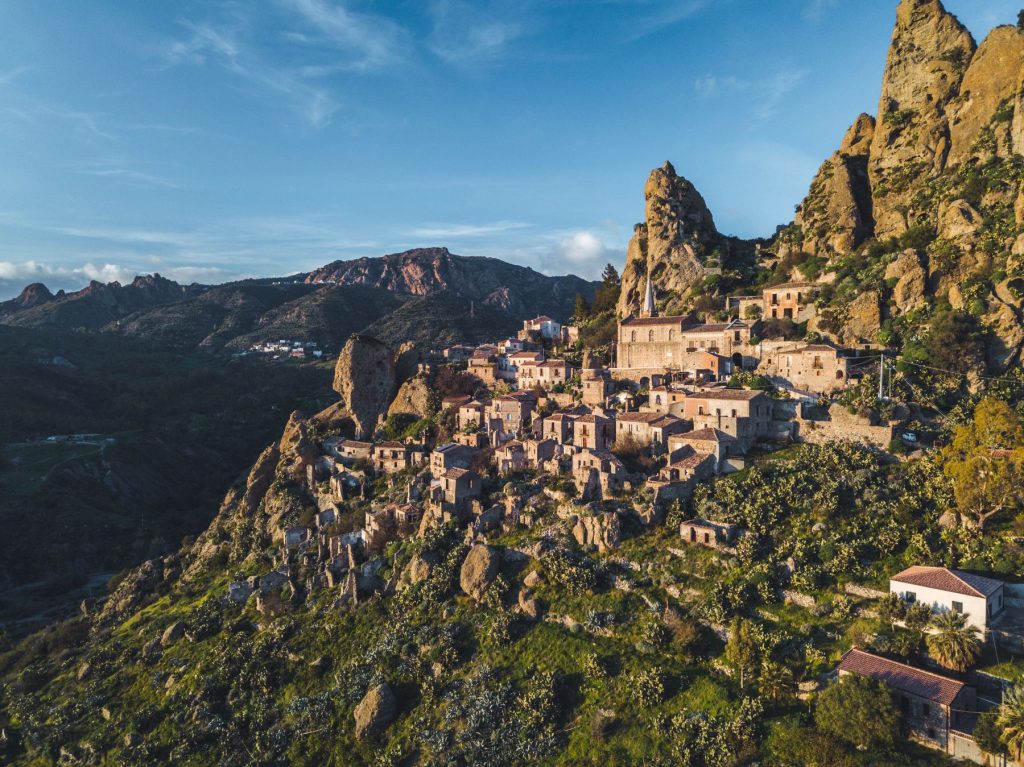