A Day in Turin- What to See and Do

A day in Turin: to suggest that one could see everything the city of Turin has to offer in one single day would be absurd, but one of our writers does an excellent job of covering the basics of this city in Piedmont in just one day.

A Day in Turin

It was love at first sight between Turin and me. Traditionally, Turin has always been an industrial city, but after having hosted the Winter Olympic Games in 2006, it transformed into one of the most active cultural centers in Italy. The city center is really beautiful, highly valued and full of both trendy and traditional restaurants. The suburbs are clean and livable as well.

It is almost impossible to expect to visit Turin in one day. My parents and I tried, but we missed so many beautiful attractions. If you want to take this challenge, I can give you some advice, but I suggest spending at least a couple of days in the city in order to enjoy the parks and the Savoy residences outside Turin. 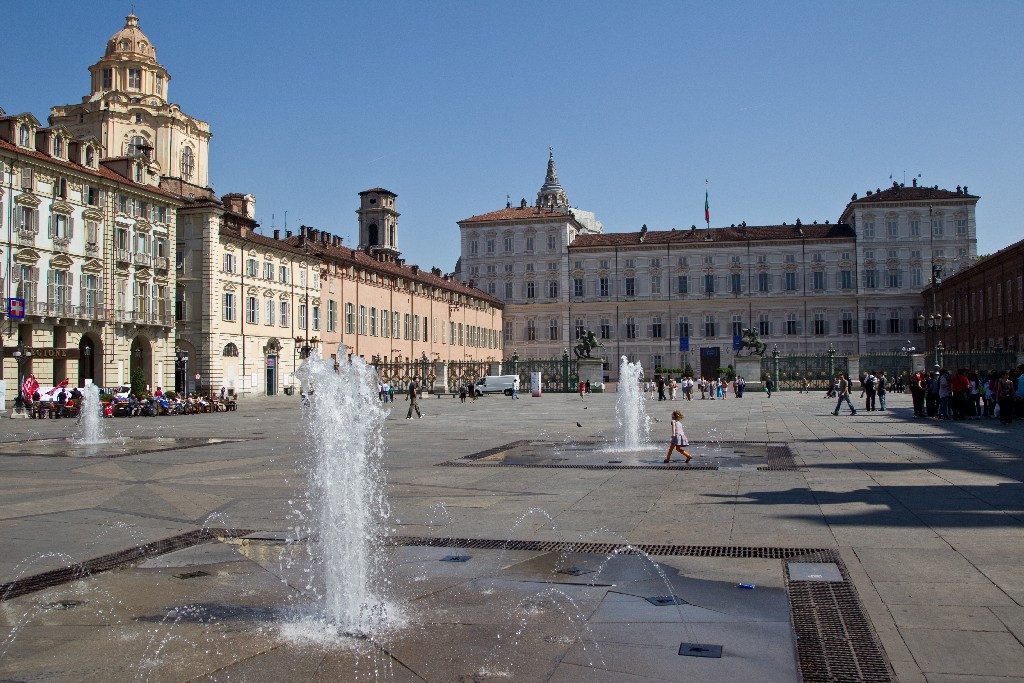 If you opt for a short trip, you can park at the Juventus Stadium. There is plenty of space and it’s free. From there you can take the bus to reach the city center. If you choose to spend a weekend, book one of the B&B’s near the city center, among the charming renovated buildings. You can take public transport to visit the city, but your legs are all you really need.

You can visit Turin at any time of year, although I suggest avoiding both the coldest and the hottest months when you plan your visit. Autumn is the best season to spend a romantic weekend or a family trip. Warm days, wonderful colors and breathtaking sunsets on the Po River will welcome you.

Fortunately, I have a friend who lived in Turin for a few years and gave me some good advice that I’ll share with you. For a typical Turin breakfast, go to the Caffè Al Bicerin in Piazza Consolata. Open since 1793, it has often hosted Camillo Benso di Cavour and is where the famous Bicerin was created. The only thing you’ll detect of this secret recipe when you sip it is coffee, chocolate, and cream.

After breakfast, your walking tour starts. The first stop is the Church of Consolata that overlooks Consolata Square. Then you’ll reach the cathedral dedicated to Saint John the Baptist (Metropolitan Cathedral of Saint John). It’s the only example of a Renaissance church in the city. Inside, you can visit the Chapel of the Holy Shroud.

The third stop on this itinerary is Piazza Castello, the heart of the city. Take your time to enjoy this amazing square with its palaces, beautiful colors and impressive monuments. Palazzo Madama is a World Heritage Site, different from the others because of the statues placed on its top. Don’t miss the retro side of the Palazzo because it will absolutely amaze you: the Casaforte degli Acaja is a mind-blowing contrast.

Palazzo Reale is another World Heritage Site and it was probably my favorite. The Piazzetta Reale (Royal Square) welcomes visitors, while the two statues of the deities Dioscuri are a warning to anyone who has bad intentions.

On the left side of Palazzo Reale is the Royal Church of Saint Lawrence. The Savoy family commissioned it and Guarino Guarini designed it in Baroque style. The Royal Theater on the opposite side, also a World Heritage Site, is one of the largest and most important in Italy. 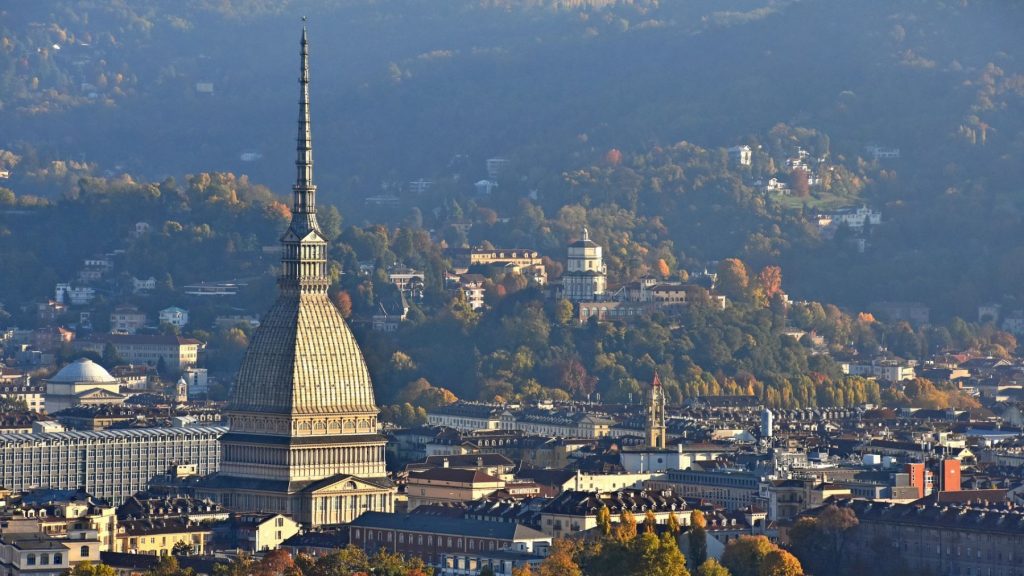 Here’s a little gem not to be missed: from Piazza Castello head to Caffè Mulassano, where the tramezzino (an Italian sandwich) was born. Behind the counter, there is a clock with only one hand and some numbers around it. Look for the little bell near the register and ring it in order to make the clock hand move. If you’re wondering why you’ll have to go to Turin and find the answer!

Take the very central via Po and head towards the Mole Antonelliana, then turn left into via Montebello. Unfortunately, it’s difficult to appreciate the monument in its entirety and equally difficult to photograph. The Museum of Cinema is inside and is one of a kind in Italy.

Get back on Po Street and head to Mole Antonelliana. It’s the symbol of the city and nowadays hosts the Museum of Cinema, the only one in Italy.

Then next stop is Piazza San Carlo. In my opinion, it’s one of the most beautiful squares in Italy. A portico, old cafè and noble palaces surround Piazza San Carlo. Don’t miss your chance to change your luck just outside the Caffé Torino. Tradition says that if you trample on the golden bull’s testicles, fortune will follow.

The list of things to visit in Turin is endless: the Egyptian Museum, the Museum of Ancient Art, Palazzo Carignano, Porta Palatina, the Castle and Park of Valentino, the Park of Treasury, Piazza Vittorio Veneto. For this reason, I strongly recommend spending at least a couple of days in Turin.

On the way back, go up to the Basilica of Superga. It’s one of the most beautiful creations of Filippo Juvarra. Spend some time enjoying the inside and walking around the outside perimeter. The view is amazing. From there you’ll see Turin, the rivers and the Alps. If we had more time, we would have also visited Venaria Reale and Palazzina di Caccia Stupinigi as well.

Here is some advice on food. The best starters are salami, veal with tuna sauce, vegetables with breadsticks (in Turin you’ll taste the best breadsticks ever). Don’t miss first courses such as agnolotti (stuffed pasta with meat) served with sauce or butter and sage; tajarin (long, thin homemade pasta) topped with truffles or meat. I’d also suggest tasting the famous bagna caôda– an oil-based dipping sauce with garlic and anchovies. Turin is also famous for chocolate and hazelnuts: bonèt is the most famous dessert. In Turin, like in all of Italy, you’ll find great red wines (Barolo, Dolcetto, Barbera) and white wines (Arneis, Moscato).

Visiting Turin means walking. Stroll along the Po. You can walk through the streets of the city even when it rains thanks to the almost 16 km of porticoes constructed during the reign of King Vittorio Emanuele I. Walk in one of the many public parks. In short, if you are wearing comfortable shoes, Turin will be a most rewarding experience. 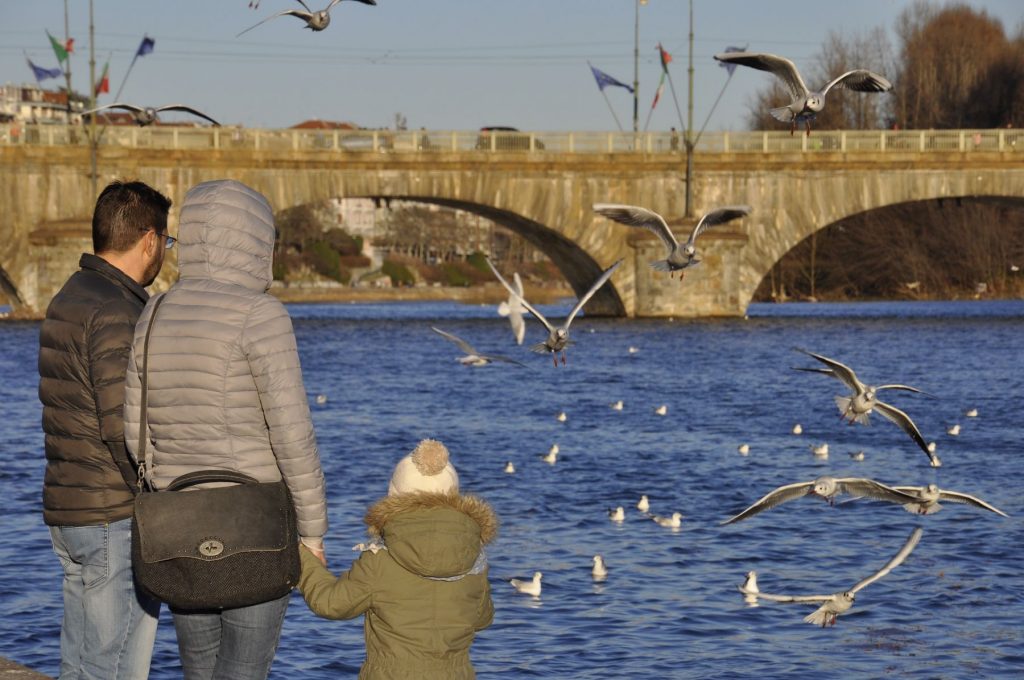 Post Views: 1,927
Redattore
Umbria: Stay in an Agriturismo in Cerreto di Spoleto
The Larino Carnival- One of Italy’s Most Historical