Monforte d’Alba in Piedmont’s Langhe Region: Why You Should Visit

You may not have heard of the small village of Monforte d’Alba in the hills of Italy’s Piedmont region, but you have most likely enjoyed one of its famous wines at one point or another. In fact, the Langhe, the area where Barolo (among others) is produced, has been made a UNESCO World Heritage Site.

Monforte d’Alba is one of the “Most Beautiful Villages in Italy” and has been awarded the orange flag by the Italian Touring Club. If these accolades haven’t already convinced you to visit, here are a few more reasons! 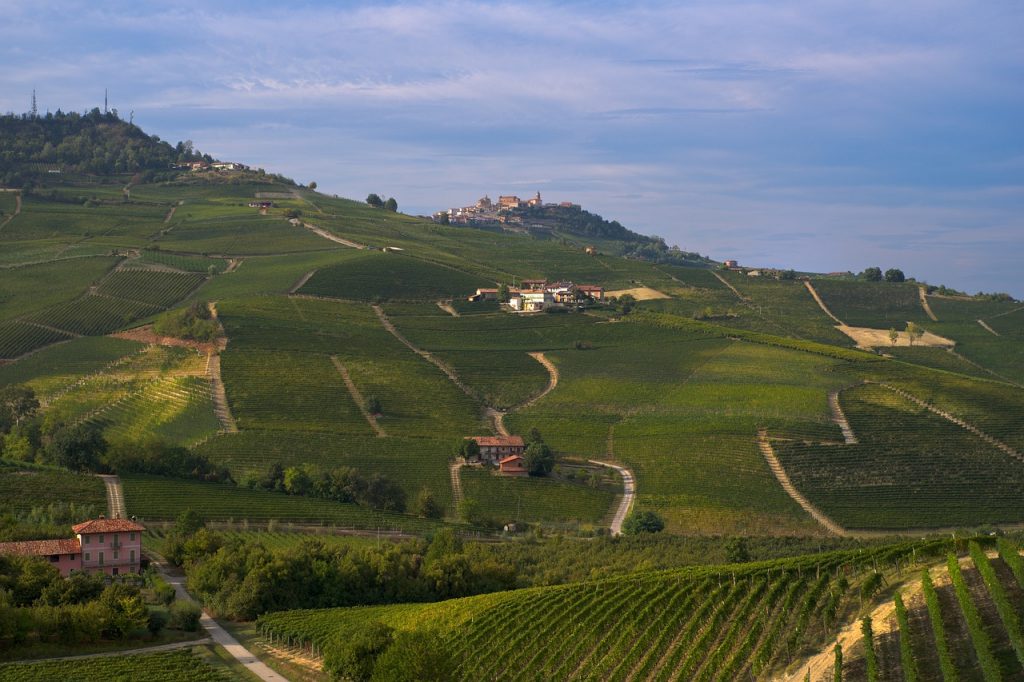 The name Mons Fortis as it was known during Medieval times is possibly linked to a dark story of the village’s past. In the year 1028, the Archbishop of Milan sent armed men to extinguish the Cathar heresy that had formed in Monforte. The prisoners were forced to either reject their beliefs or be burned at the stake; many chose the latter.

Perched upon a hill and surrounded by Barolo grape vineyards, the village of Monforte has retained its medieval layout. Originally, there was a castle here but no trace of it remains today. Not to worry because there are numerous other places that you can still visit.

The Scarampi Palace was the private residence of the Carretta Marquises in the early 18th century. You can also see the bell tower which dates to the 13th century and was attached to the parish church of Santa Maria which was destroyed in the early 20th century. Today, the two Confraternities of Saint Elizabeth and Saint Augustine as well as the Horszowski Auditorium are all found in this piazza.

The outdoor auditorium was named after the famous pianist Horszowski who inaugurated it in 1986. Every July, Monforte holds its famous jazz festival here, “Monfortinjazz” bringing international guests.

Don’t miss the spectacular church of the Madonna della Neve (Our Lady of the Snow) built in the early 1900s with a 54-meter tall bell tower. 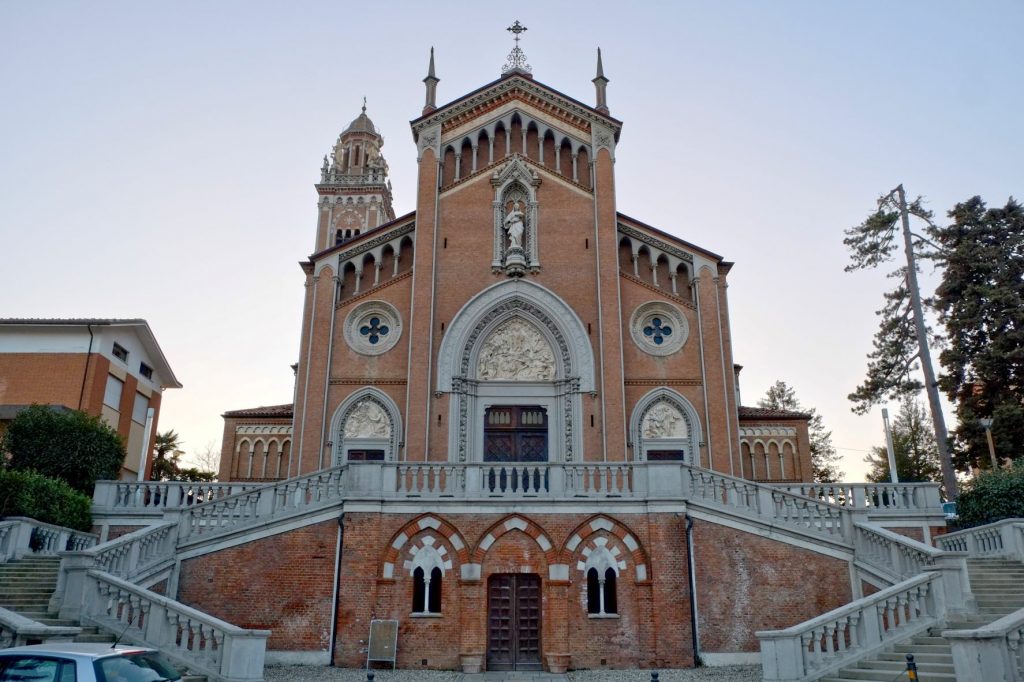 Many who visit the Langhe, Monferrato, and Roero area of Piedmont have a soft spot for Monforte d’Alba. It has just the right amount of shops offering the region’s delicacies without feeling overbearing or touristy. You’ll find yourself wandering the steep, narrow streets window shopping for Alba’s famous white truffles, sampling its Barolo wine (as well as Barbaresco, Nebbiolo, and many others), and Castelmagno fondue.

In fact, pack a light picnic and enjoy the view in any season all around you from “Big Bench 12”. If you haven’t heard about the Big Bench Community Project, check it out here. Basically, it is exactly as its name describes: a giant bench where you can sit down and enjoy the landscape, and when it comes to Monforte, oh what a view!

You will love every minute of your time in charming Monforte d’Alba!

Continue reading about what to see and do in the Cuneo province of Piedmont.