Although it has been called the “largest wilderness area in Italy”, I’m willing to bet that you have probably never even heard of it. Today, we’re exploring the Val Grande National Park in the Piedmont region and the endless possibilities that await you when you visit.

Less than two hours from Milan

Val Grande’s total of 15,000 hectares nestled between Lake Maggiore, Val Canobbina, and Val d’Ossola only became a national park in 1992. The area has remained extremely isolated due to the terrain and natural conditions, but what is so incredible is that you can get here in just over an hour’s time from the sprawling metropolis of Milan.

This section of the Alps is considered extremely rugged and particularly difficult to access. The most famous peaks that make up the landscape are dark and rocky including those of Pedum, Proman, Corni di Nibbio, Cima Sasso, and Cima Laurasca. The tallest peak in the park is Mount Togano at 2,300 meters (7,545 feet). 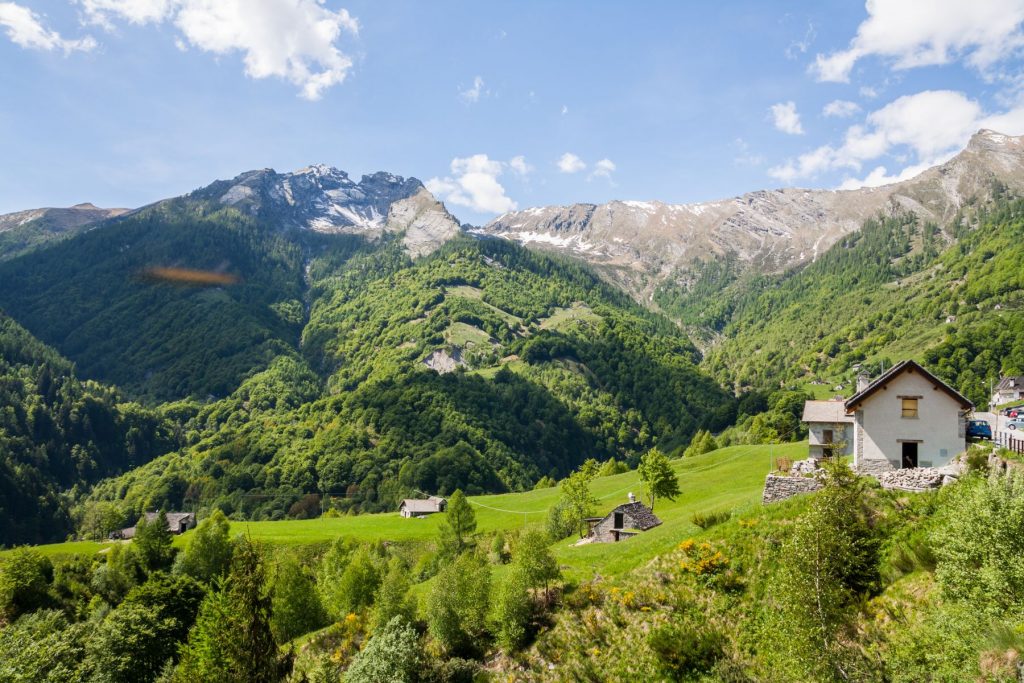 What’s been called “un mondo fuori dal mondo“, or a “world outside of the world”, has actually been inhabited by humans for at least thousands of years. Petroglyphs and mountain huts as well as numerous trails are evidence of its ancient past. Shepherds and even German troops were among the most recent to trek through the area.

Today, there are about 500 people living inside the park spread out in about thirteen tiny mountain villages. Some of the highlights are the Visconti Castle in Vogogno (lower Ossola) which was built in 1348. Vogogno also happens to be one of the “Most Beautiful Villages in Italy” and boasts a charming medieval historic center.

Probably the most well-known town in the park is Domodossola which is considered a “gateway” town connecting seven alpine valleys. It has a lovely historic center, major train station, and is also close to the Sacred Mount Calvary, a UNESCO World Heritage Site. 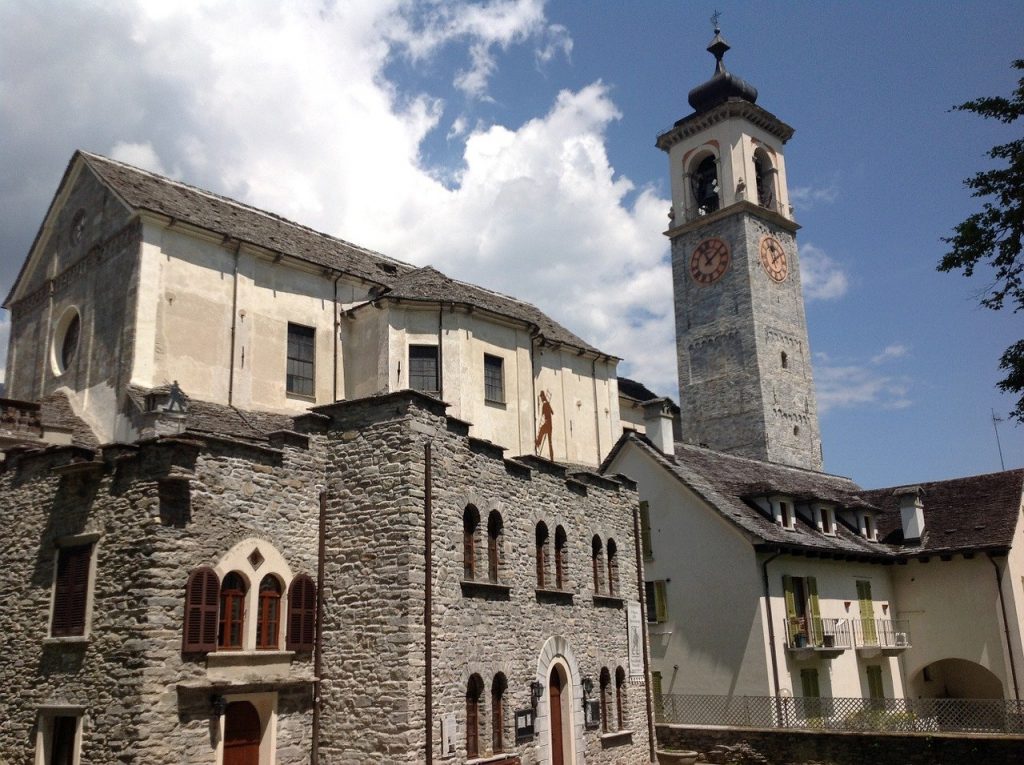 An absolute gem that you should not skip is the quaint village of Santa Maria Maggiore. This little town is in the Vigezzo Valley and has gained quite a few nicknames such as the “Valley of the Chimney Sweeps” and the “Valley of the Painters”. You can even visit the famous chimney sweep museum as well as the Feminis-Farina House of Perfume celebrating the invention of Eau de Cologne by two Santa Maria Maggiore natives.

The best time for hiking is definitely summer followed by late spring and early fall. For easier hikes, follow the park’s official website link Natural Trails. For experienced hikers and campers, check out the link labeled “traverses“. There are also three areas within the park where you can rent mountain bikes. Keep in mind that many of the trails within the park are difficult, not well-marked, and require an expert guide.

Summertime also offers endless possibilities to explore the park’s many rivers and gorges. One of the most popular sports is canyoning with over 100 different routes in the Ossola Valley alone!

Autumn is a great time to travel through the region appreciating its beautiful landscapes and colorful foliage. There is even a “foliage train” that allows you to appreciate the views in complete relaxation. The Vigezzina-Centovalli train line has several routes offering all kinds of itineraries from culinary to religious throughout the year.

At this altitude, there are, of course, lots of possibilities for winter sports as well from skiing to snowshoeing, fat biking, and more. A total of 150 km of trails and 50 lifts at elevations of between 1,000 to 3,000 meters make up the Neveazzurra Ski Resorts. Just one example is the Piana di Vigezzo Ski Resort which is just 10 minutes from the town of Santa Maria Maggiore. The views of Piedmont’s lakes as well as the second-tallest peak in Italy, Monte Rosa, are spectacular.