What to See in Alba in Italy’s Piedmont Region

The city of Alba in the Piedmont region is already well-known for its famous culinary delicacy, the white truffle. But this little jewel of a town is wonderful to visit in and of itself at any time of year! Let’s find out what to see and do in Alba. 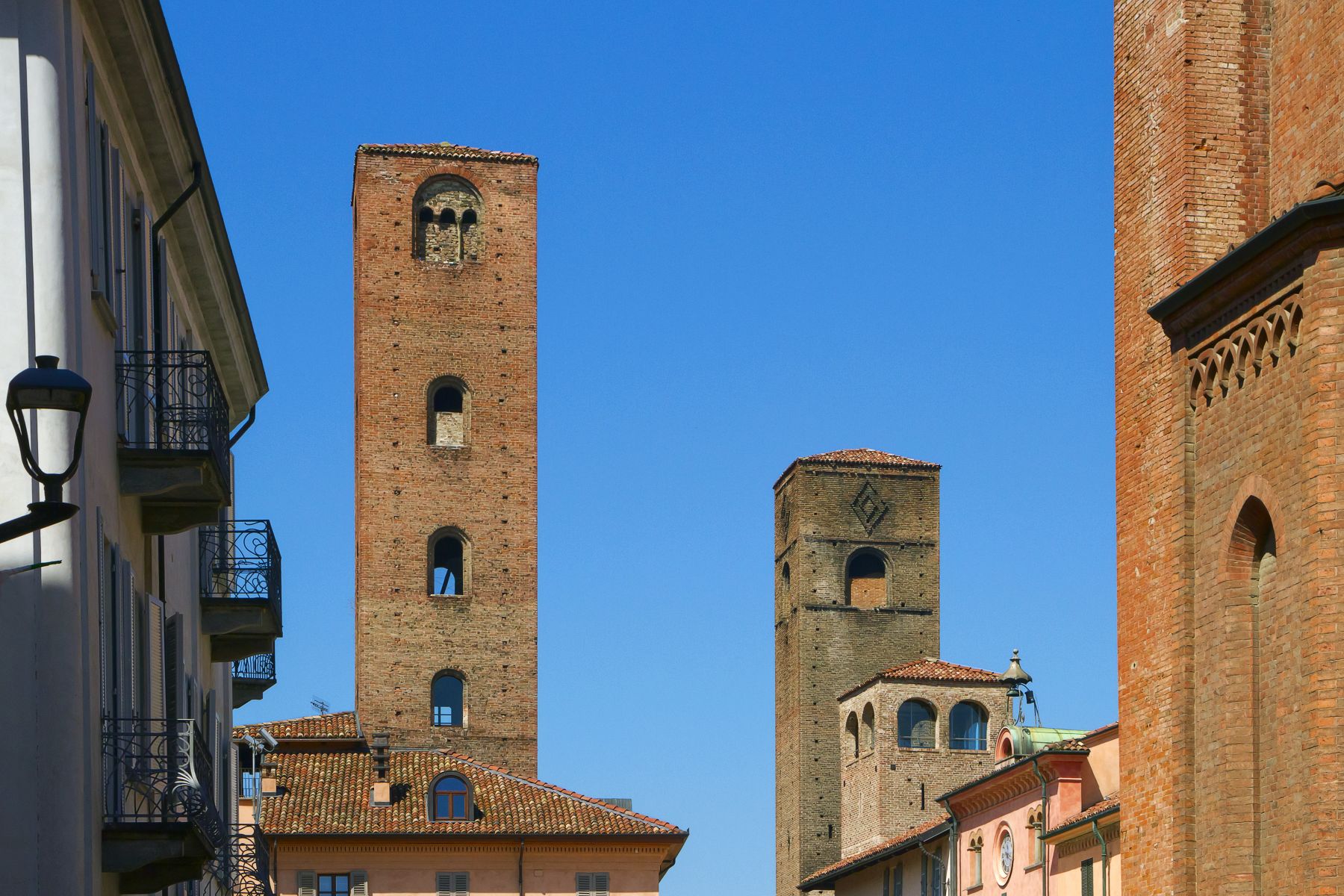 What to See in Alba

Alba: “The City of a Hundred Towers”

Just as its nickname suggests, numerous towers were built here in the past for defensive purposes. Of those, only a few remain today. From Piazza del Duomo, three of the most important and best-preserved towers of the XII century are visible: Torre Bonino, Torre Astesiano and Torre Sineo.

The Gothic Cathedral of San Lorenzo with its bell tower is probably the most symbolic of all of Alba’s buildings. The exterior’s red bricks are a sharp contrast to the interior’s golds and blues. Over the years, it has been the subject of several renovations, the last of which ended in 2009. Even if you’re just passing by, the four evangelists symbolized on the facade immediately catch your eye: an angel, a lion, an ox, and an eagle.

The ancient Palazzo Comunale is also here with the original building dating back to the Roman era. Inside are important works of art such as the frescoes on the main staircase, originally located in the church of San Domenico.

The square is home to the market and is also the stage for the major events and shows in the city.

The Church of St. Domenick is said to have been used by Napoleon as a horse stable. It wasn’t used as a church again until the 1970s. Now it is mainly used to host exhibitions and mass is only celebrated here on special occasions.

Another place in Alba worthy of a visit is this lovely church. In the Piedmontese Baroque style, it is the successful work of the architect Vittone. Above all, the wooden door representing the symbols of Blessed Margaret of Savoy is striking. The interior is in perfect Baroque style.

Subterranean Alba has a wealth of history as well. An ancient temple, a theater and a forum from the Roman era are located under the visitors’ feet and can be visited on guided tours. There is also a baptismal font and some defensive towers. You can find more information about these tours here. 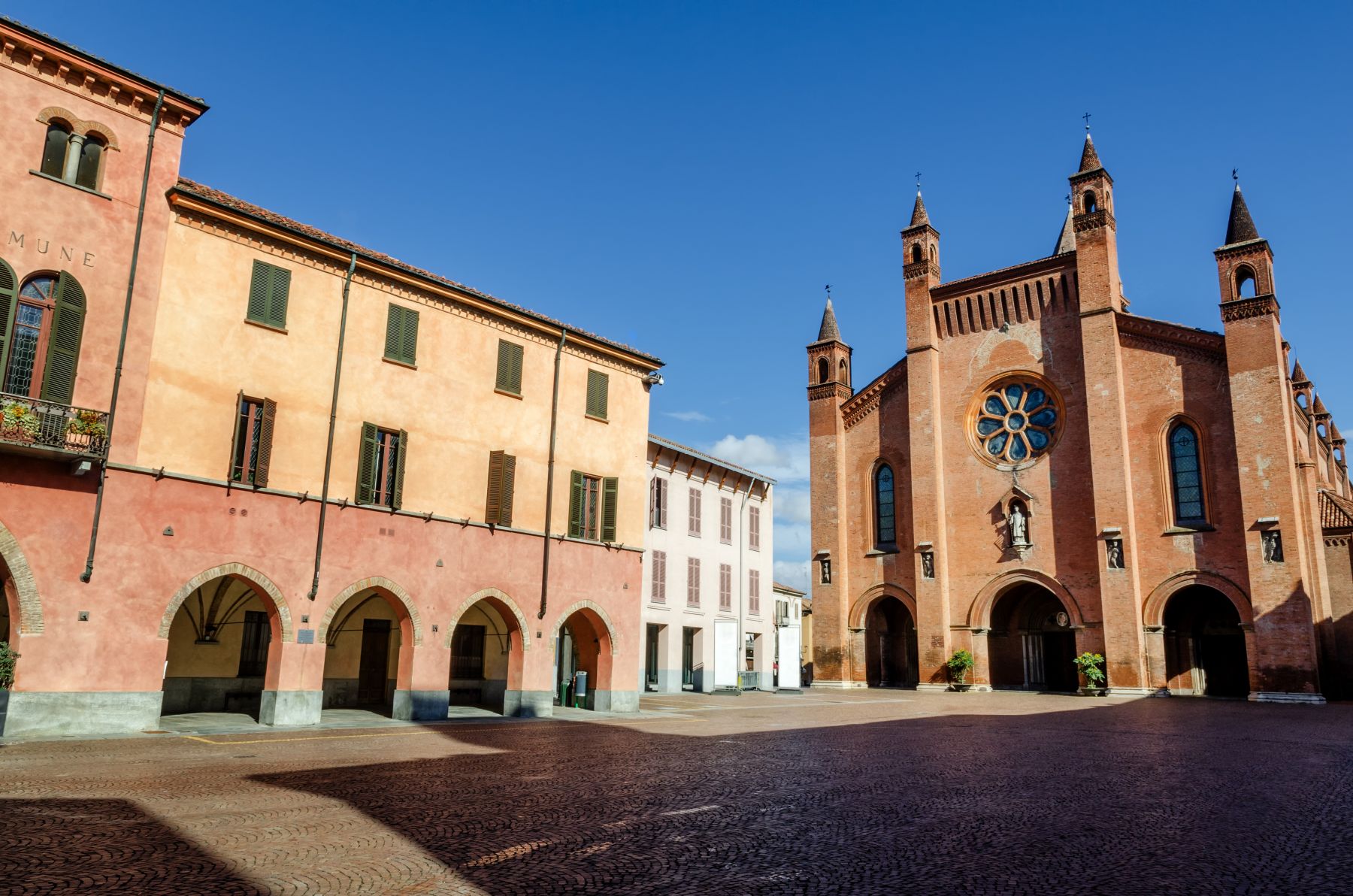 Alba is also home to the Ferrero Factory and where the company got its start. Since the 1940s Ferrero has boasted one success after another to become the internationally-known company it is today. Their products have delighted the world ever since. Of course, at the top of the list is Nutella, loved by young and old. This famous spread has conquered the hearts and palates of people everywhere so much so that an American blogger thought it should have a special day to celebrate it: February 5th. Visit the official website for more information on the company and to learn about Nutella Day!