Italy’s unofficial anthem became Volare famously sung by Domenico Modugno in the late 1950s. While you definitely know the song, you probably don’t know that Modugno was from Polignano a Mare in Italy’s southern region of Apulia (Puglia). Once you get a glimpse of the other-worldly beauty of Polignano a Mare, it soon becomes clear that it never needed a song to make it famous. It is doing fine on its own. 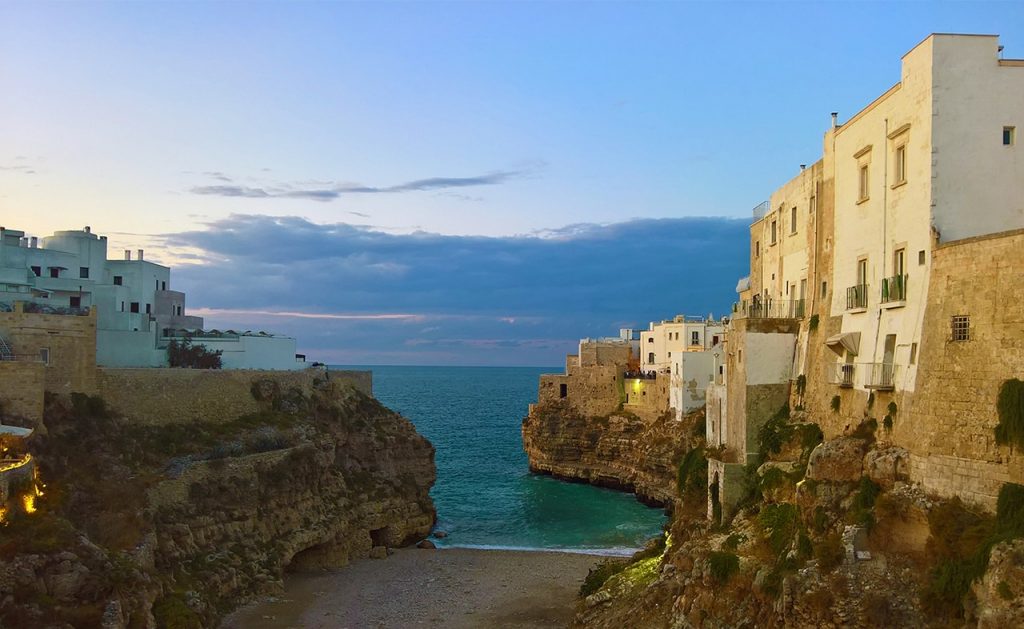 Polignano a Mare and its “Other-Worldly” Beauty

The town is stacked on a white, limestone cliff known as tufo for which the entire region is so famous. Brilliant white stone, almost blinding, contrasts against the impossibly clear, turquoise Adriatic Sea.

The historic center is a complex labyrinth of narrow, white cobblestone streets and houses, each one more characteristic than the next. It is the kind of place that almost makes you want to get lost. There are parts that are very touristy, but if you wander around enough, you’re likely to find piazzas where you’ll see women sitting in their doorways making homemade pasta or doing needlework, and old men sitting around playing cards enjoying the evening air.

Truly savoring Polignano is after a day at the beach, enjoying an afternoon gelato while leisurely strolling through town, followed by an aperitif, and finally, dining seaside on the fresh catch of the day that has been exquisitely deep-fried or made into a divine pasta. 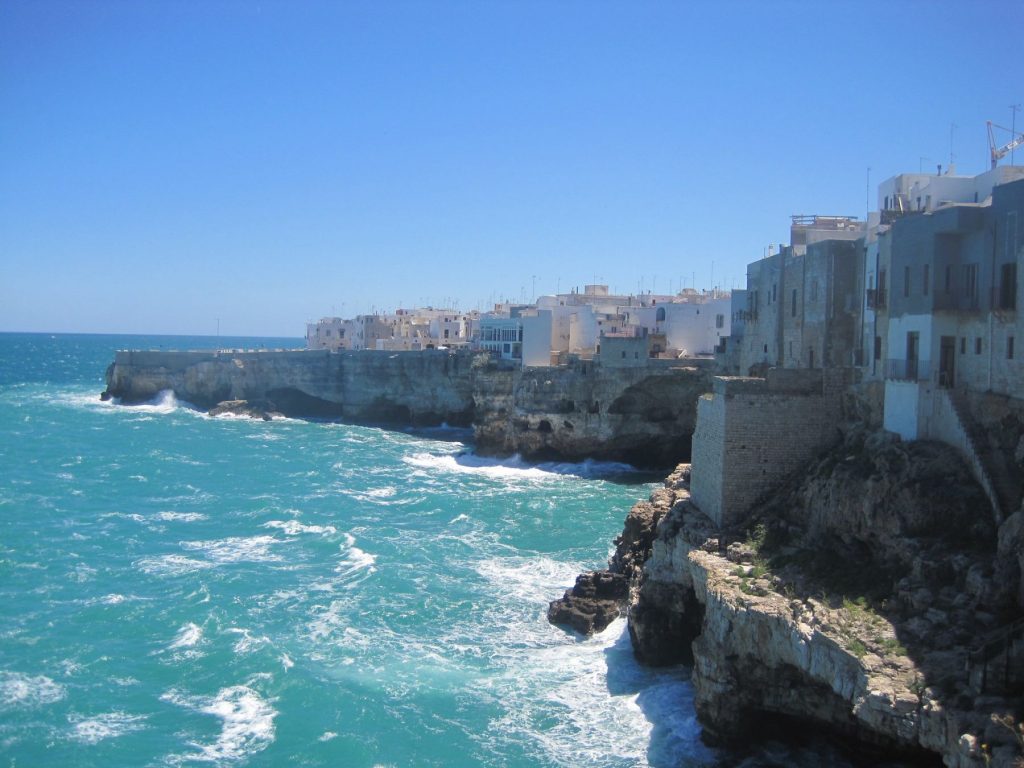 But, if you must, there are a few sights that you’ll want to casually squeeze into your beach holiday. Mind you, some of these, you’ll simply “run into” effortlessly as you meander around.

While you’re here, an absolute must is seeing some of Polignano’s 70 plus natural sea grottos that are dotted along the coastline. Some are accessible only by sea and require visiting with a private touring company. Grotta Palazzese actually has a restaurant inside that has been named one of the most beautiful in the world. With a view like that, who could argue? 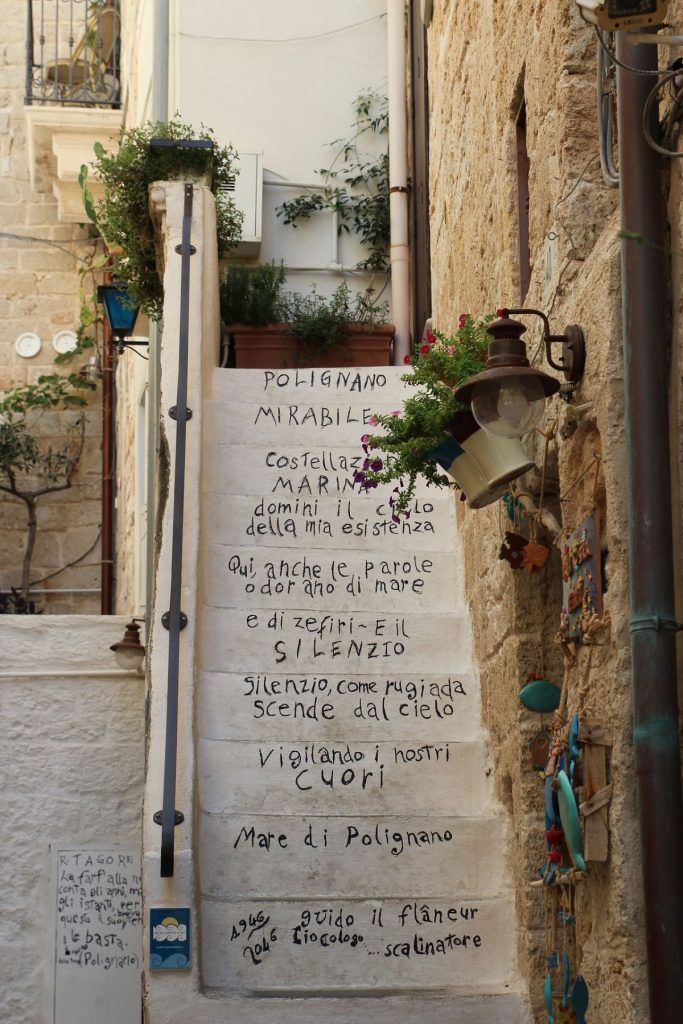 Last but not least, among the many fabulous dishes that you can try in Polignano, don’t miss out on its signature espresso which includes a touch of lemon zest, cream, and amaretto liqueur.

Poets, artists, and singers have been inspired by Polignano’s incomparable beauty, and we’re sure that it will have you humming along as well…”Nel blu dipinto di blu…felice di stare lassù!”

Check out Alberobello and its famous trulli houses just 30 minutes away!