Pompei: (Almost) Everything You Need to Know

The ancient ruins of Pompeii (Roman spelling with a double “i”) are located just south of Naples in the city of Pompei (one “i”). Along with nearby Ercolano (Herculaneum), it was forever preserved for posterity after a massive eruption of Mt. Vesuvius almost 2,000 years ago. It is a UNESCO World Heritage Site and in my opinion, should be on everyone’s bucket list of what to see in your lifetime! 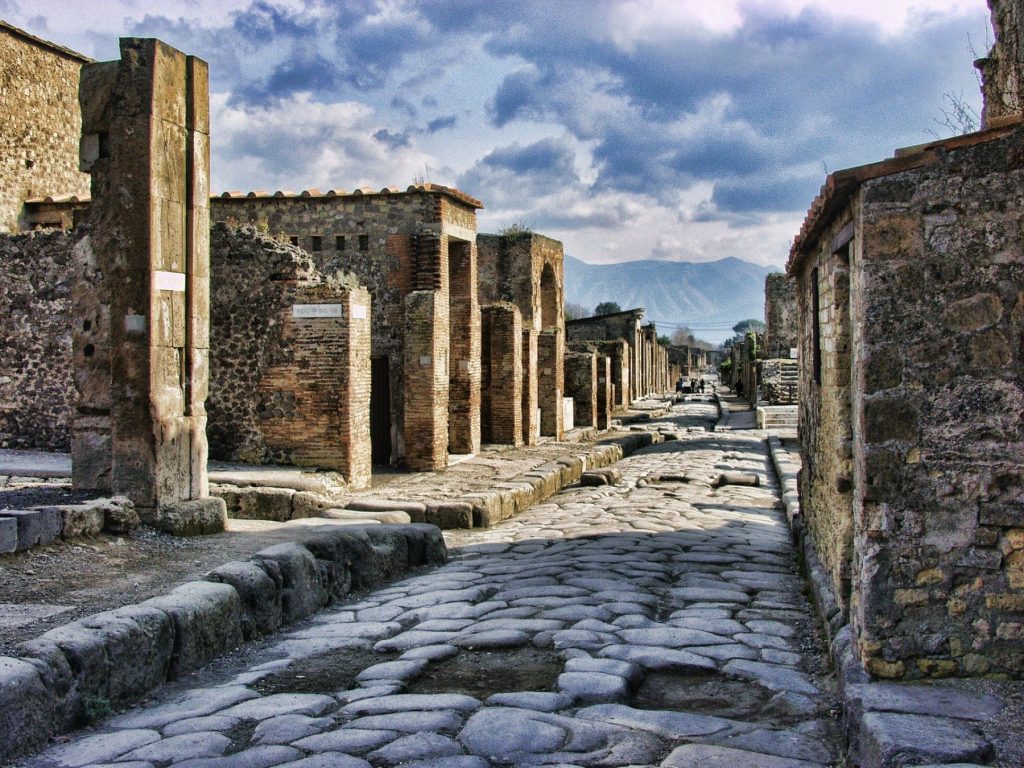 Life in Pompei was good: the “bella vita” one might say. The soil was rich and fertile; the location on the Gulf of Naples was perfect. Little did the residents know that the looming mountain that was the backdrop to their pleasant life was a ticking time bomb. They could not have known because Vesuvius had not erupted for 1,800 years.

The first warning was in the year 62 AD when a massive earthquake occurred in Pompei and actually caused a tsunami that reached Ostia, the port of Rome. Great damage was done to the city due to the fact that it was constructed on very fragile ground. Evidence shows that many of the temples and precious art were first damaged and later repaired in this quake. Sacrifices were made to the gods to ask for mercy. People were terrified and it was recorded that many went mad.

The gods must have still been very angry because the course of history would be forever changed sometime around the month of August in the year 79 AD. Pliny the Elder, head of the Roman fleet at the time, left us an eyewitness account. There had been a quake that rattled the area, destroyed aqueducts, and left a sulfur scent in the air. What would happen next was beyond anything they could have comprehended. Mt. Vesuvius unleashed its rage and literally blew its top off blasting gas, debris, and ash 21 miles into the air. 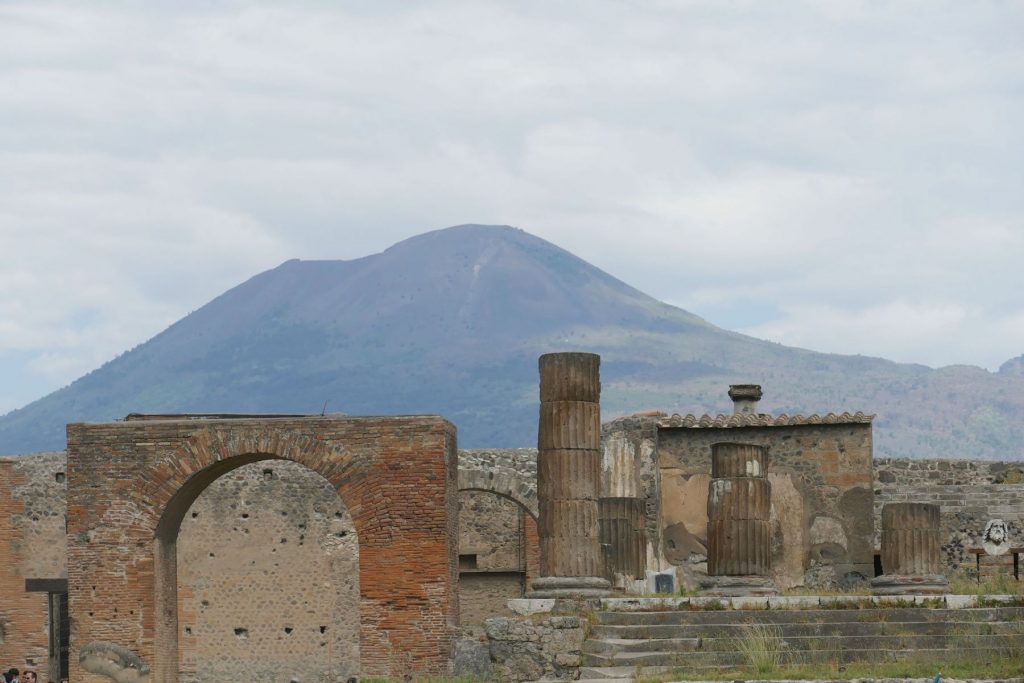 Thousands fled as the hail storm of pumice, ash, and tuff began pelting down upon Pompei. It’s estimated that 90% of the population managed to take shelter away from the city during the 3-day long eruption. But it wasn’t over yet. A series of pyroclastic flows exploded out of the volcano and first demolished the cities of Herculaneum, Boscoreale, Oplontis, and Terzigno. The blasts that reached Pompei would decimate the city and the approximately 2,000 poor souls who were still there. This thriving city would lie there, under the ash, for another 1,500 years.

Fortunately for us, the last eruption was in 1944, and excavations have been uncovering the mysteries of Pompei since the 16th century. It is one of the most studies sites in the entire world. The Pompei Archaeological Park draws about 2 million visitors every year so obviously, the curiosity about this ancient culture is universal!

To really appreciate the site, you’ll need to devote an entire day just to see the highlights (and that is just Pompei- without even considering Herculaneum and Mt. Vesuvius). The area is divided into 9 areas called “regio” and each one includes a multitude of dwellings. Here is an essential list to get you started, but do your own research ahead of time! 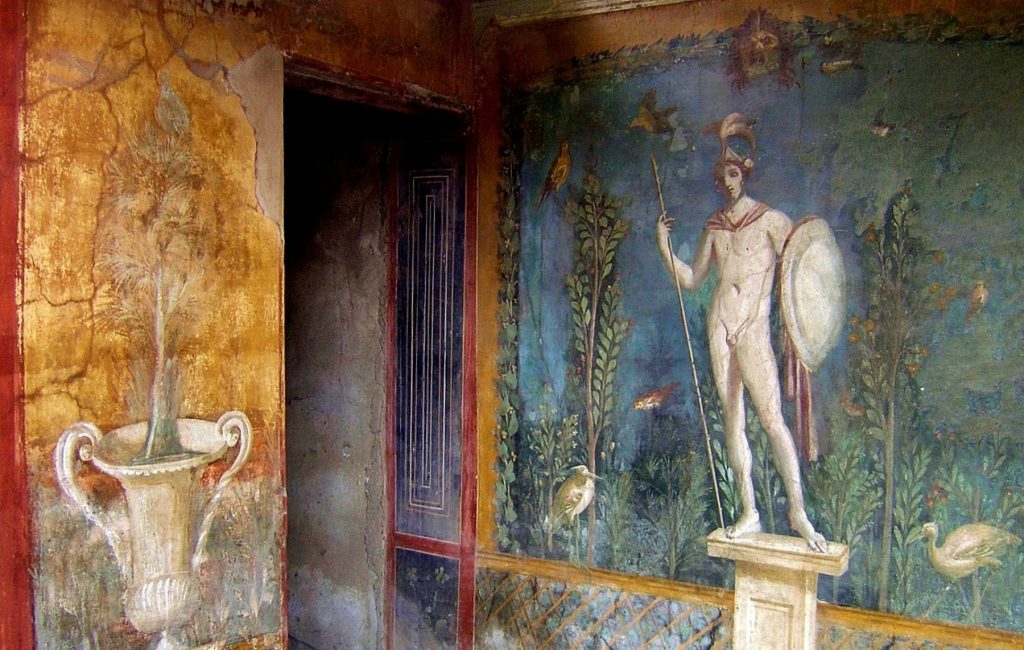 Another tip is to keep in mind that the very best of Pompei is actually conserved in Naples in the National Museum of Archaeology. In the 1700s, the King of Naples ordered all of the finest artifacts from the site to be transferred and there they remain. If you’re a true history or archaeology buff, then it is an absolute must-see.

It is also highly recommended to take a guided tour with an expert guide and pick up a map. Remember to wear very comfortable shoes (this is a gigantic site with gravelly roads), a hat, sunglasses, and sunscreen because once inside the ruins, there is basically no shelter from the sun’s rays. You can bring water into the park and snacks but don’t bring a huge backpack (not allowed). There is a cafeteria-style restaurant on the grounds.

Visitors with young children and disabilities should use the “Pompei for Everyone” route for their visit which is more accessible.

Check the official website of the Pompei Archaeological Park for extensive information in English and updates regarding reopening after COVID-19 closures.

Even under normal circumstances, do not expect all areas of the site to be open to visitors at any given time. This is an ongoing excavation and many areas close at various times throughout the year.

Post Views: 1,141
Redattore
Exploring Barga: One of the Most Beautiful Villages in Italy
Thermal Baths in Segesta, Sicily