Procida Island in the Gulf of Naples

Everyone has heard of its popular neighbors, Ischia and Capri, but too many times the island of Procida goes unnoticed. This article will hopefully convince you to give this idyllic islet a chance and include it as either your main destination or at least, as part of your tour of southern Italy. 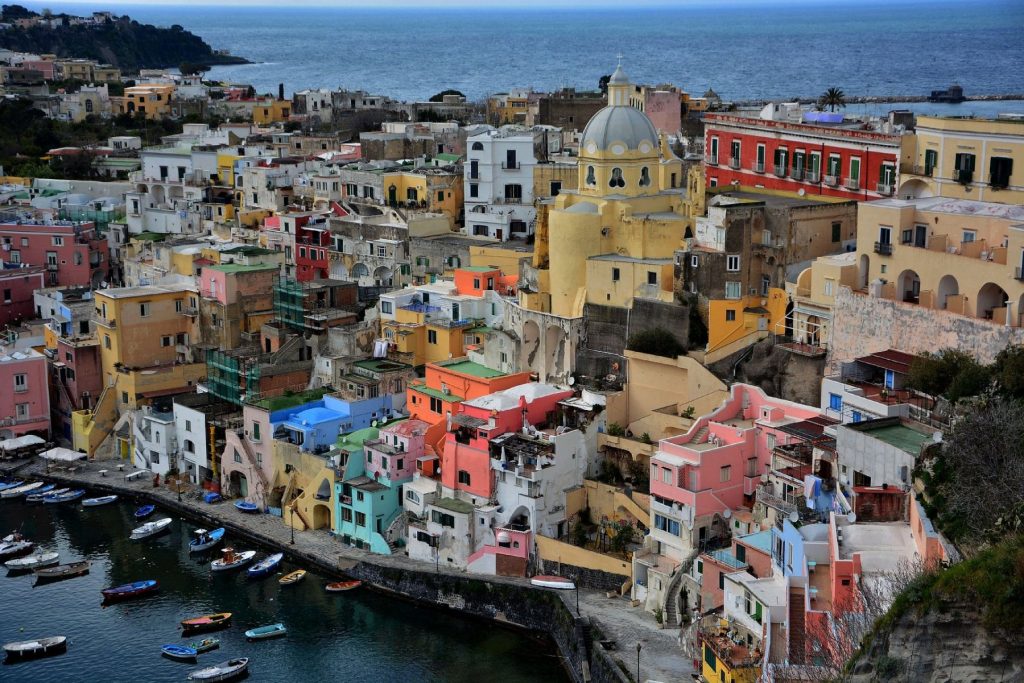 Located in the Gulf of Naples (Tyrrhenian Sea), and just an hour ferry ride from Naples, Procida is an easily accessible paradise. You will be awestruck by its colorful houses lining the coast reminiscent of Cinque Terre and the Amalfi Coast. The bright colors originated so that the fishermen could easily spot their own home from out at sea. Even today, it is still largely a fishing village.

Procida, along with Ischia and Capri, is part of the municipality known as Massa Lubrense. Legend has it that this was the land of the sirens that would lure sailors to the shore. When you visit, you’ll see why it must have been so appealing.

Ferries dock at Marina Grande where you’ll immediately notice Palazzo Montefusco which dates to the 12th century. The church of Santa Maria della Pietà is also located here. With its buttery-yellow facade and beautifully-frescoed dome, it’s a lovely first stop upon arrival. This port area also has lots of shops, cafes, and restaurants where you can pick up a souvenir and get a taste of the local flavors.

What to See on the Island

The most photographed spot of the entire island is probably Corricella (from Greek for coros callos or “beautiful district”). This is also where most of the luxury hotels and fine dining are located. It also happens to be where part of Il Postino (or The Postman) was filmed.

If you want a perfect view of colorful Corricella then you need to explore Terra Murata which is a little hamlet of the island. At just 90 meters above sea level, the climb provides you with the perfect panoramic view. Terra Murata was built during the 16th century to protect the residents from sea raids. Today, you can visit Palazzo D’Avalos as well as the Abbey of San Michele Archangelo.

Another interesting part of the island is what is known as casale vascello which is a type of dwelling built in the 16th century designed to defend residents against Saracen attacks.

The marine protected area of Regno Nettuno encompasses Procida, Vivara, and Ischia and is actually home to the largest population of dolphins in the Mediterranean. There are also whale-watching excursions as well as archaeological ruins.

If you want to really appreciate the island and all of its spectacular coves and grottos, then the best way by far is to hire a boat tour. There are numerous tour companies located in Marina Grande that provide this service. It might be difficult to make your way to some of the most enchanting spots without a local’s help. 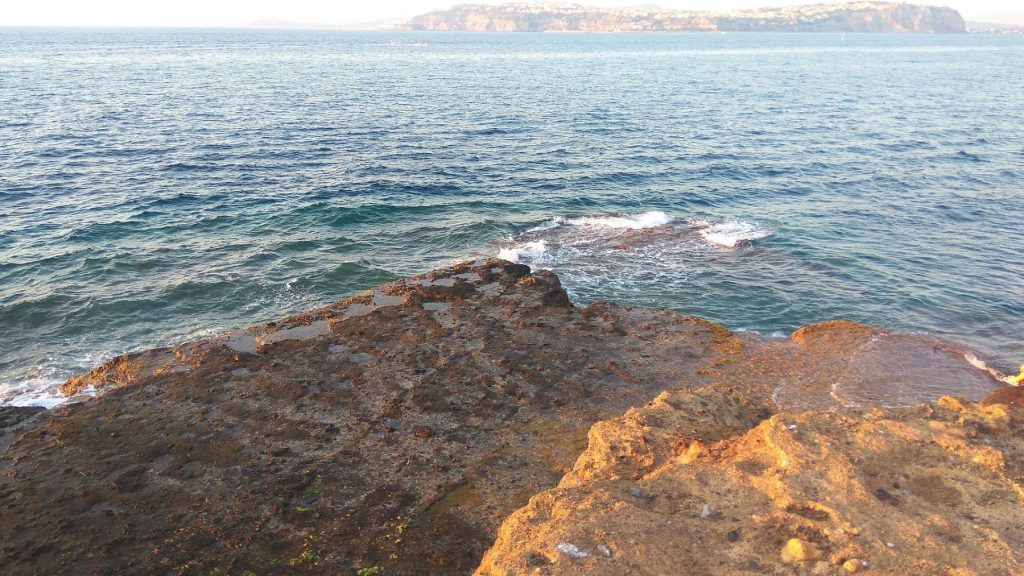 If you are determined to “beach-go” on your own, then two options are the Spiaggia della Lingua and the Spiaggia della Silurenza which are both sandy and accessible from Marina Grande. On the western side of the island, the dark sand beaches of Ciraccio and Chiaiolella are also an option. In particular, Ciraccio has some awesome faraglione, eroded rock formations that jut out of the sea.

What to Eat- “Mangiare!“

After touring the island, taking a dip in the crystal clear waters, and picking up some souvenirs, you will surely have worked up quite an appetite. Here are some suggestions for what you should sample while you’re here.

We hope you like fish and seafood because it would almost be a crime not to taste the catch of the day while you’re here. Everything from squid to shrimp to octopus is delicately battered and fried in fritto misto mare. Or try a scrumptious linguine pasta with lobster sauce. Lemons abound here and you will find them everywhere- even in salad- and especially made into the delicious liqueur limoncello and the creamy lemon dessert lingue di suocera! 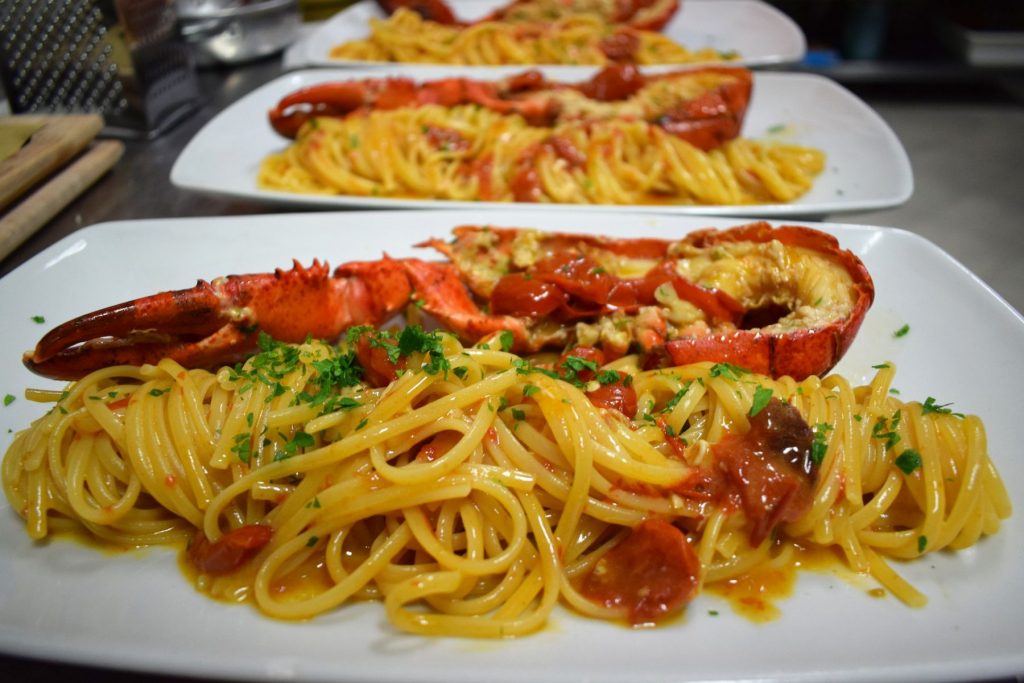 Post Views: 1,023
Redattore
Discovering Beautiful Varenna on Lake Como
Islands of the Ponza Archipelago off the Coast of Rome