Italy’s northern region of South Tyrol (Trentino- Alto Adige) is known for its stunning lakes and for being the gateway to the Dolomites. This tiny region is also home to over 20 lakes! One of the most unusual and charming is Resia (or Reschensee in German) in Val Venosta. Let’s find out what makes it so special. 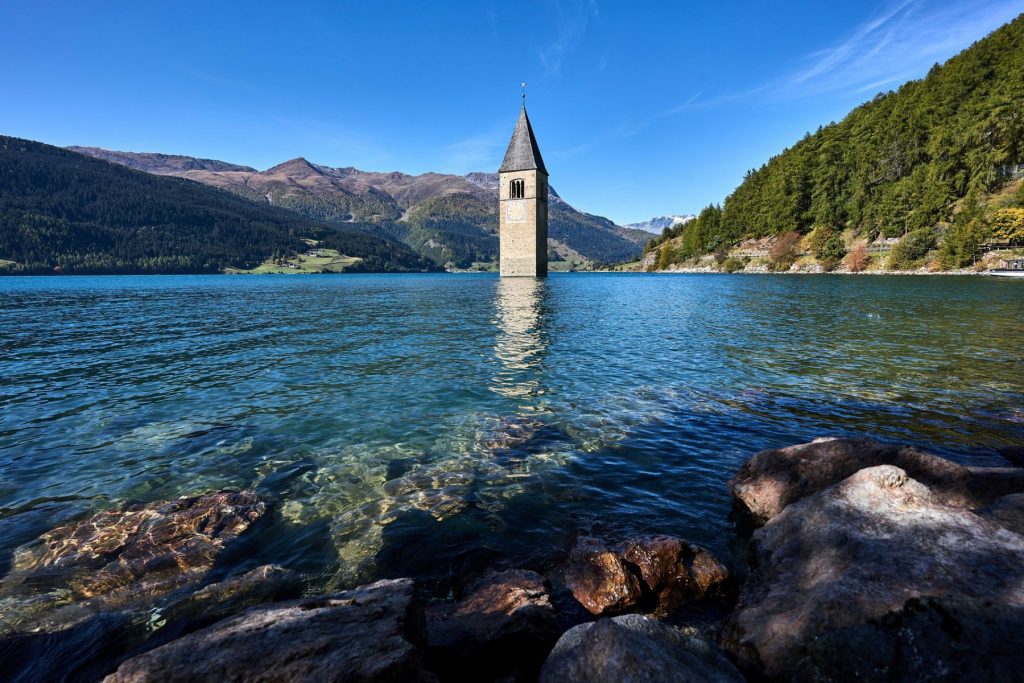 Closer to Austria and Switzerland than its provincial city of Bolzano, Resia is one of the most picturesque lakes in all of Italy. Its most striking feature is obvious: the emerging steeple. It’s not a photoshopped image- it’s absolutely real. But how can it be?

The belltower that seems to be sitting atop the surface of the lake was actually part of the Romanesque, 14th-century church of St. Catherine of Alexandria. There the church stood for hundreds of years until just after World War II when it was decided that a dam would be built. Over 100 buildings were destroyed but miraculously, the bell tower survived the blasts. Two lakes were involved including Resia and Curon and both of the old cities were basically destroyed forcing residents to move at the time.

Resia is 22 meters deep and is a popular destination for fishing and all kinds of water sports. In the summer months, kitesurfing, boating, and fishing are popular as well as hiking and cycling along the numerous trails, especially the Via Claudia Augusta.

In wintertime, at an altitude of 1,498 meters, the lake freezes and is eerily beautiful. Ice sailing and ice surfing are popular past times. Legend has it that in the wintertime when you can reach the tower on foot, the bells can still be heard chiming (even though they were removed over 70 years ago!). 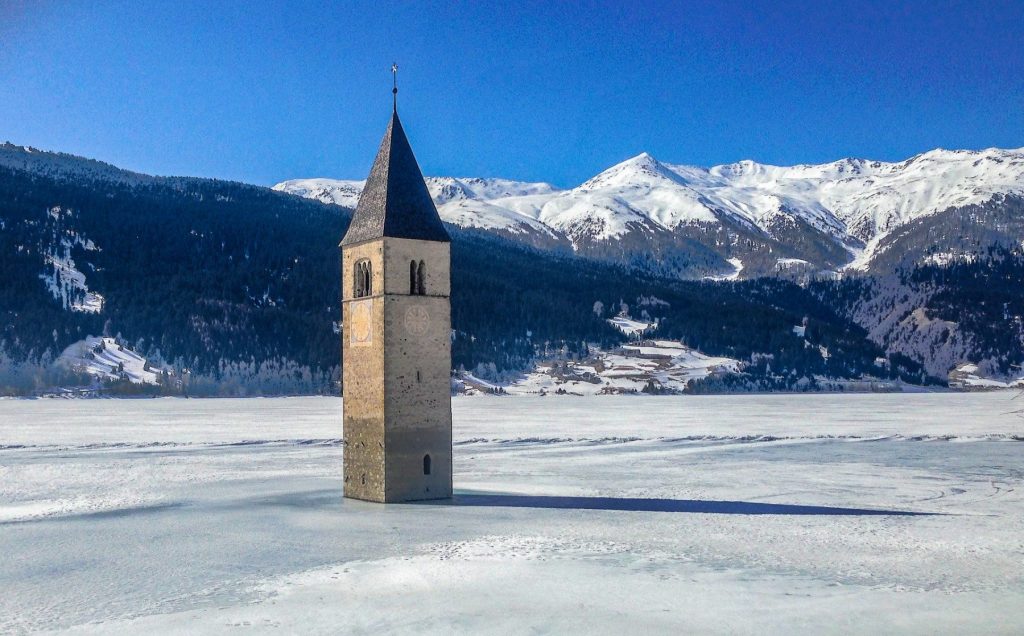 Since the old towns were demolished, they have of course since rebuilt. Curon Venosta, Resia, as well as Spin and Casone are all in the vicinity of the lake. Val Venosta is also home to the famous city of Lasa known for its precious white marble and apricots. Stelvio National Park is less than 2 hours away with some of the most famous ski resorts in the world (e.g. Bormio).

Val Venosta has a very unique microclimate in that it is high altitude with very low precipitation. This dry, sunny region produces superb apples, pears, berries, and apricots as well as chestnuts and wines like Riesling, Vernatsch, Gewurztraminer, and Fraueler. 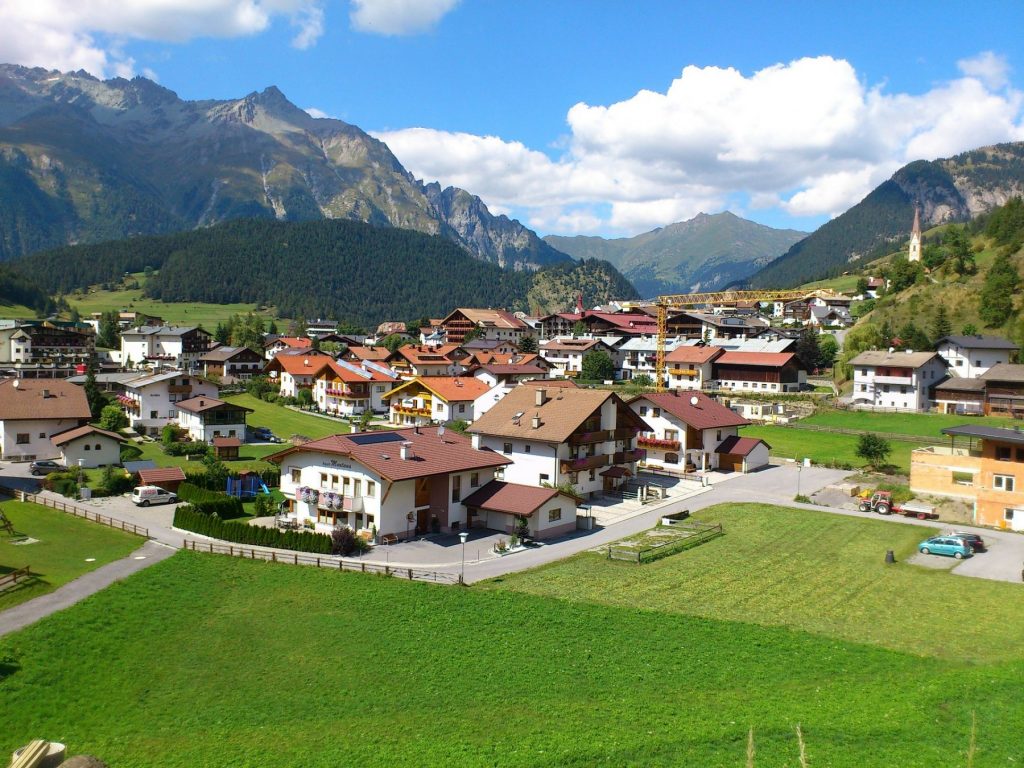