A Romantic Getaway in Venice

Venice is universally considered the most beautiful city in the World, protagonist of Casanova‘s loving gestures, the Corto Maltese’s adventures, Tintoretto‘s paintings, Vivaldi‘s music, and perfect for your romantic getaway.

Being in the historical capital of the Serenissima Republic is like living in another time, immersed in a  unique atmosphere. In Venice you don’t walk along “strade” (streets) but “calli”, you don’t drive cars but boats, you don’t take buses but ferryboats and you don’t stop in “piazze”(squares) but in “campi”. Venice fascinates for its uniqueness and even more for its rhythm, its architecture, its mix of customs and styles. Visiting Venice means getting lost in its beauty and singularities. 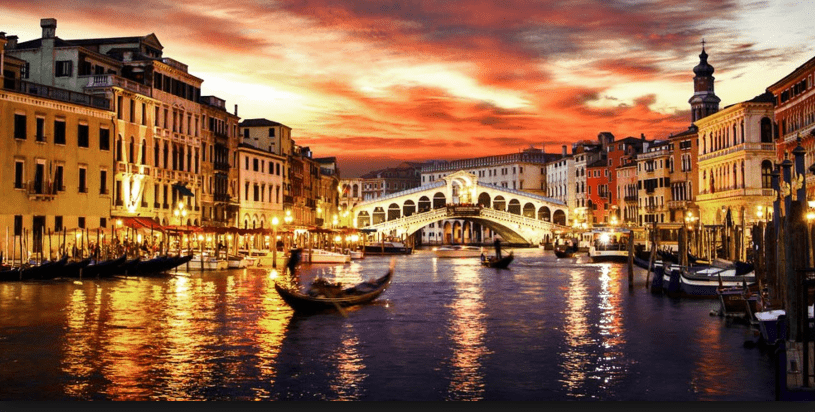 This city on water, despite the prejudices, is within everyone’s reach; you just need to decide your budget and book your accommodation as early as possible. Venice can be fascinating throughout the year, not just during the Carnival, when you’ll encounter colourful masks from the 11th century, or during the Biennale, an exhibition that attracts artists and visitors from all over the world, or for the Festa del Redentore (every year on the third Saturday of July).  On this occasion, a bridge is built on the Giudecca Canal and enlivens the whole city, or during the Cinema Festival that attracts important international Stars on the Lido’s island.

Venice must not just be visited, but it must be lived. After choosing your accommodation among the millions of possibilities, a visit to San Giorgio Island, in front of San Marco, is a must to enjoy a panoramic view across the city and the Lagoon, ideal at sunset. Once you’ve reached the island with the ferryboat, you can go to the top of the bell tower of San Giorgio’s Church, where the view will be breathtaking (even better and less chaotic than the one from the bell tower of San Marco). The charming island also hides a secret garden with an outdoor amphitheater and a maze of hedges inside a monastery.

Romantic experiences are a must: such as a gondola ride through the canals, a walk on the Rialto Bridge, the Bridge of Sighs. Named not after lovers’ sighs but for those sentenced to death since the bridge connected the Dodge’s Palace to the prisons. You can also book a visit to the secret paths of the Dodge’s Palace (well in advance!). You can’t miss the fascinating story of Cà Dario (Dario’s House): according to legend, every owner of the Palace is destined to die a violent death and this is probably the reason why it’s been uninhabited for years, even though it is a wonderful building on the Grand Canal. 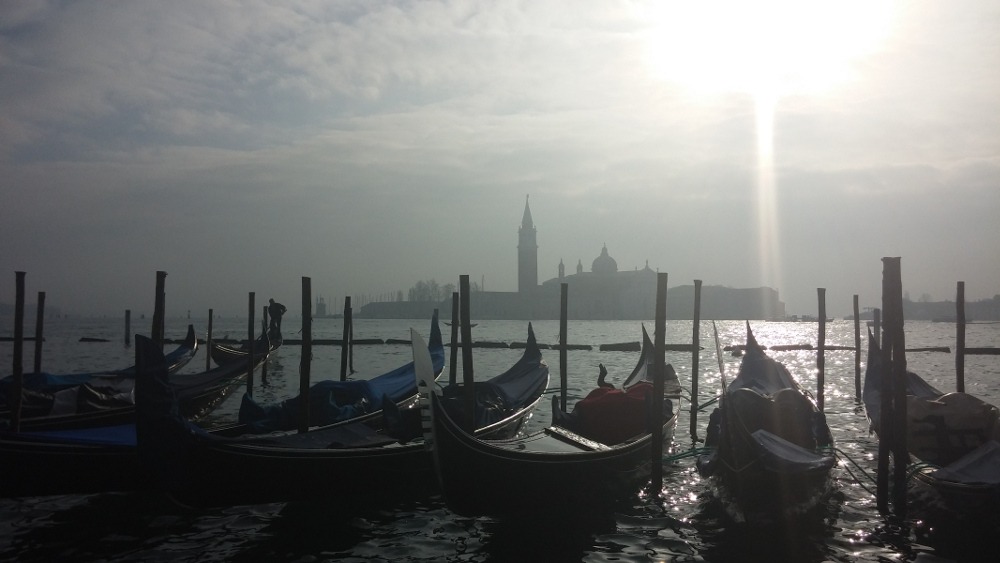 Returning to Piazza San Marco (the only square in the city called “Piazza” and not “Campo”)- you’ll want to stay there until you hear the bells ringing from the top of the Clock Tower (called Torre dell’Orologio which can only be visited by advanced reservation). The bronze statues situated at the top, affectionately referred to as “Do Mori“, will play their tune for you.

Another experience is watching a movie in the outdoor cinema of Campo San Polo, set up only in the summer. Here you can watch both Italian and international movies, often in their original language (mainly English). 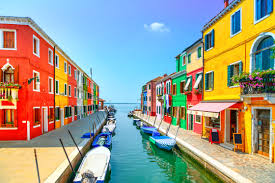 Moving away from the center, you won’t want to miss a tour of Burano and Murano Islands, the first famous for its lace and brightly colored houses, the second for its exquisite glass production.

Classical but timeless is the visit to the Theater of the Phoenix or the Correr Museum, characterized by extraordinary beauty and elegance, such as the charm of the hidden court of the ancient Ghetto.

After all this touring, you can take a break at Campiello del Tintor by sitting on one of Libreria Acqua Alta’s squeaky chairs and caressing one of the cats on a small terrace in front of the canal surrounded by stacks of books. However, if you are still in the mood for culture, specifically music, do not miss a stop at the Church of San Vidal, near the Accademia Bridge, where you can frequently catch evening concert rehearsals. 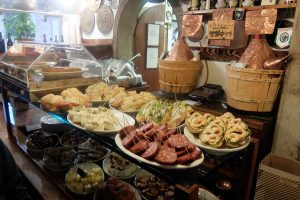 Speaking of culture, the gastronomic kiosks of the “bacari“ are ideal places to stop, drink a glass of wine and try some “cicchetto“- a kind of local tapas.

For the finest palates, don’t miss the elegant and refined restaurants. Without a doubt, the name Cipriani is a guarantee in Venice, not only because it was the inventor of the Bellini drink or for its famous Harry’s Bar, but also for other venues like Harry’s Dolci, or the glamorous Cip’s Club, which does not require the same elegance as the Belmond Hotel, but offers a terrace suspended on the water with a wonderful view of Piazza San Marco.

Keep treating yourself and go to the terrace of Stucky Hilton Hotel, where a stunning pool awaits, perhaps followed by an aperitif on the rooftop.

For a breathtaking view, but more economical experience, there are countless apartments, B&Bs or hotels that offer a 360 ° panoramic terrace view thanks to the altana– typical wooden Venetian structures, built on the roofs.

In Venice there are incredible shows and tours, but my suggestion is to enjoy the unique atmosphere that only Venice can give you.