Rovereto, the “City of Peace” in Trentino 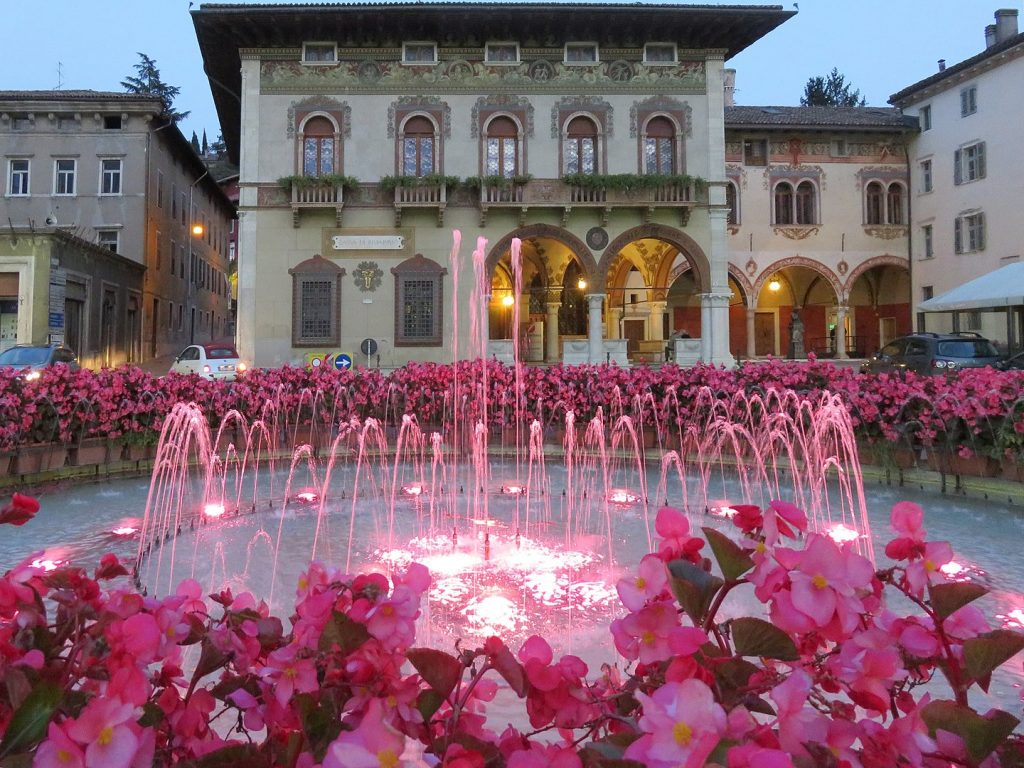 In Italy’s northern region of Trentino-Alto Adige (also known as South Tyrol in English), lies the beautiful city of Rovereto. This city is full of culture, history, delicious food, and breathtaking countryside. Let’s find out what to see in Rovereto!

Located between Trento and Verona in the beautiful Vallagarina (Lagarina Valley) and only 30 minutes from Lake Garda, Rovereto is very well-connected by all public transportation. This city of about 40,000 residents is full of things to do and see.

This is a very walkable city and by exploring on foot, you’ll be able to fully appreciate Rovereto’s interesting past.

The Castle dates to the 14th century and is considered one of the finest examples of Alpine fortresses from the late-Medieval time period. Built by the Castelbarco family, it was later seized by Venice in the 15th century. It also fell to the Hapsburgs who had control until WWI.

Ruled by the Most Serene Republic of Venice (known as the Serenissima in Italian), Rovereto has numerous buildings and palaces that represent this grand time period. Probably the finest example is Zandoni Theater built in 1783. It was reduced to a sad state after WWI, and thankfully, was completely restored to its original grandeur in 2014.

The library is located within the historic Palazzo dell’Annona with a collection of 500,000 books and a wealth of other materials from periodicals to historic photographs. 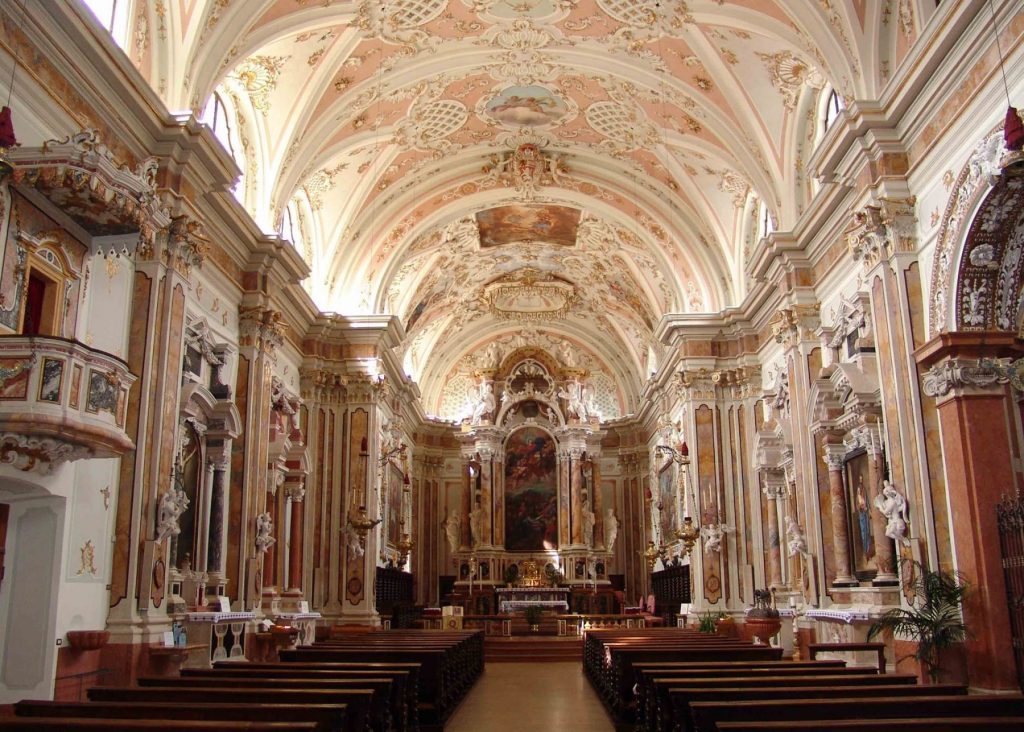 This church is unlike any other for the sole fact that it was here that Mozart played his very first concert in Italy. The very organ he used is still here too.

In fact, Rovereto has always had a passion for classical music, and every year, the city holds two major events dedicated to it: Settenovecento and Mozartian Week.

Rovereto is home to the MART (Museum of Modern and Contemporary Art of Trento and Rovereto). Considered one of the most important modern art museums in Italy, if not Europe, the museum’s massive permanent collection includes works by Morandi, de Chirico, and Depero (whose house is actually incorporated into the museum).

The Italian War History Museum was opened in 1921 and is located inside Rovereto’s Castle. It contains a rich collection of all kinds of objects from WWI including photographs and testimonies. Within the towers, there is also a collection of weaponry dating from Prehistory all the way up to the 18th century. 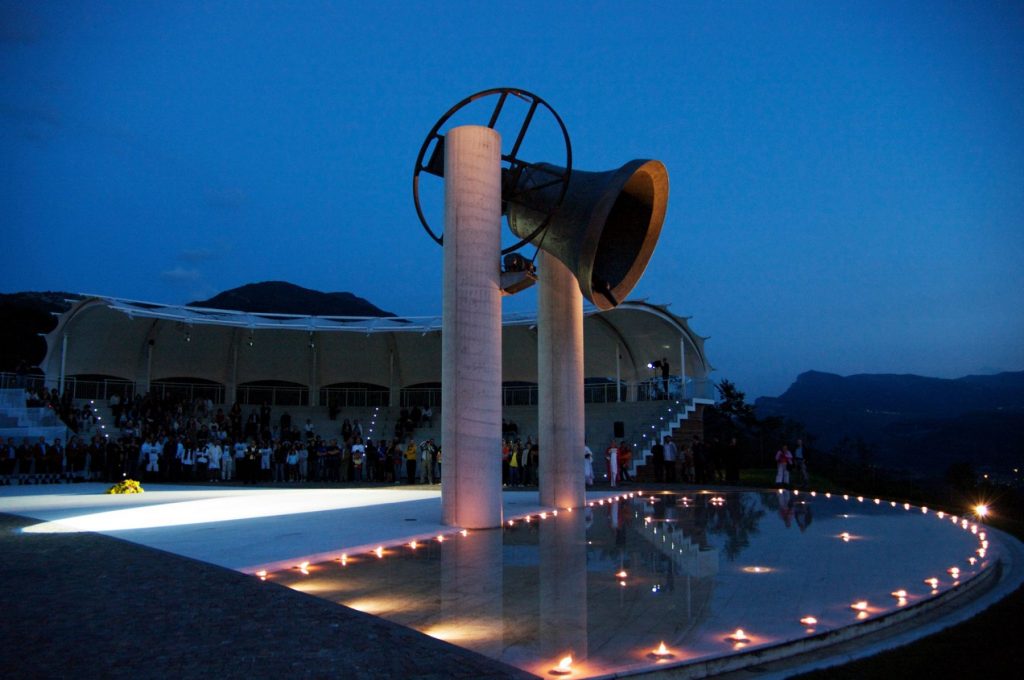 The “Bell of the Fallen” (Campana dei Caduti) was originally held in the castle’s tower. This commemorative bell is the only one of its kind in that it was cast from bronze made from the cannons of all the nations that fought in WWI. After it formed a crack that had to be repaired, the bell was subsequently moved to the Colle di Miravalle in 1965. Every night at dusk it tolls 100 times in memory of all the fallen during all wars.

The Museum of Science and Archaeology (part of Rovereto’s Civic Museum) is another must-see especially if you’re traveling with kids. It includes sections dedicated to archaeology, botany, astronomy, earth sciences, and robotics. There is also a planetarium.

Dinosaurs! Just south of Rovereto, hundreds of dinosaur tracks dating back to the Jurassic Period were discovered in 1990. With the exception of winter, guided tours of the site are available through the Civic Museum.

In just one hour’s time, you can bike from Rovereto to Trento along the Adige river bike path passing beautiful castles, vineyards, and churches all along the way!

Because of Rovereto’s location along the Adige river and somewhat protected from the Dolomites, it makes for ideal conditions for wine production. Some of the finest are Marzemino, Casetta, and Enantio. And don’t forget sparkling wines and grappa. Cheeses like Canestrato and Monte Baldo have been made by local farmers for centuries. So pack a picnic and be on your way!

Post Views: 982
Redattore
A Mountain Getaway in Friuli
Christmas Markets in Benevento in the Campania Region