The island of Sicily is one of the most interesting, diverse, and beautiful places in the entire world. Its strategic location in the Mediterranean Sea brought the Phoenicians, the Greeks, the Romans, and the list goes on and on. From ancient Greek temples to Baroque architecture; from its active volcano, Mt. Etna to some of the most beautiful beaches on the planet, Sicily has it all. Let’s find out what we consider to be the absolute must-see list when visiting Sicily. 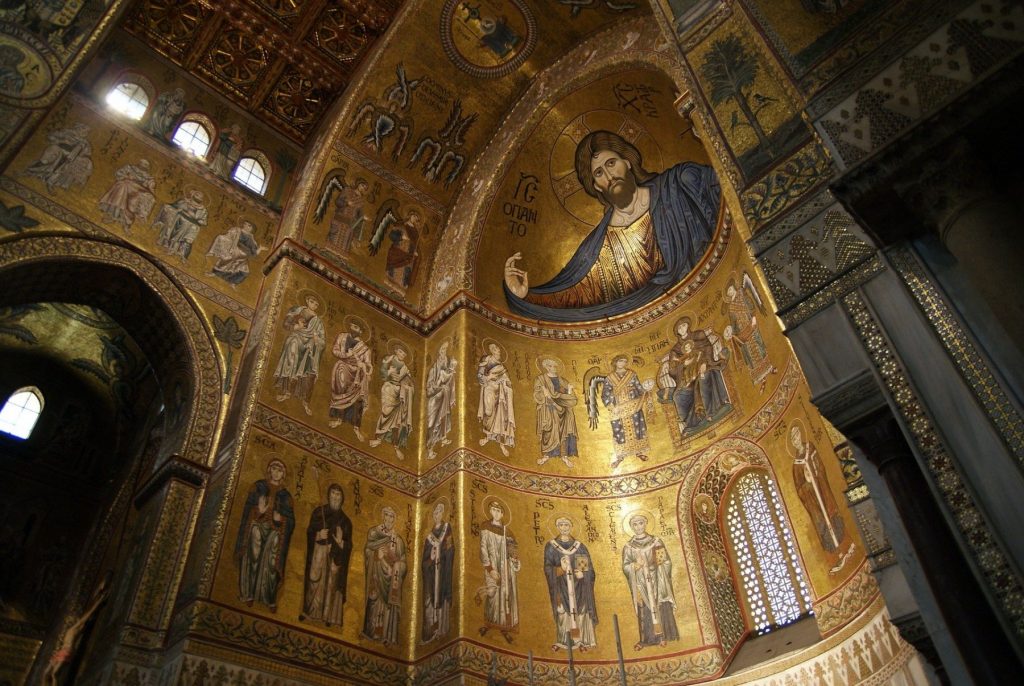 We’ll begin with the capital of Sicily, Palermo which is a large city of over a million people. This coastal city is home to some of the most fabulous churches and palaces in all of Italy. The Norman Palace with its Palatine Chapel holds precious mosaics dating to the 12th century considered to be among the finest in Europe. Its massive Cathedral is a prime example of the influence of various cultures over a period of more than a thousand years- from the Arab invasions to the Spanish. If you are interested in history, then the catacombs are also a must. Don’t forget to check out the numerous outdoor markets and try Palermo’s street food (more about that later).

Taormina on the eastern side of the island, and with Mt. Etna in sight, has the second-largest Greek theater after that of Syracuse. With just over 10,000 people, it’s a little city that has it all. Corso Umberto with its shops, cafes, and numerous piazzas runs through the town and is the heart of the city. 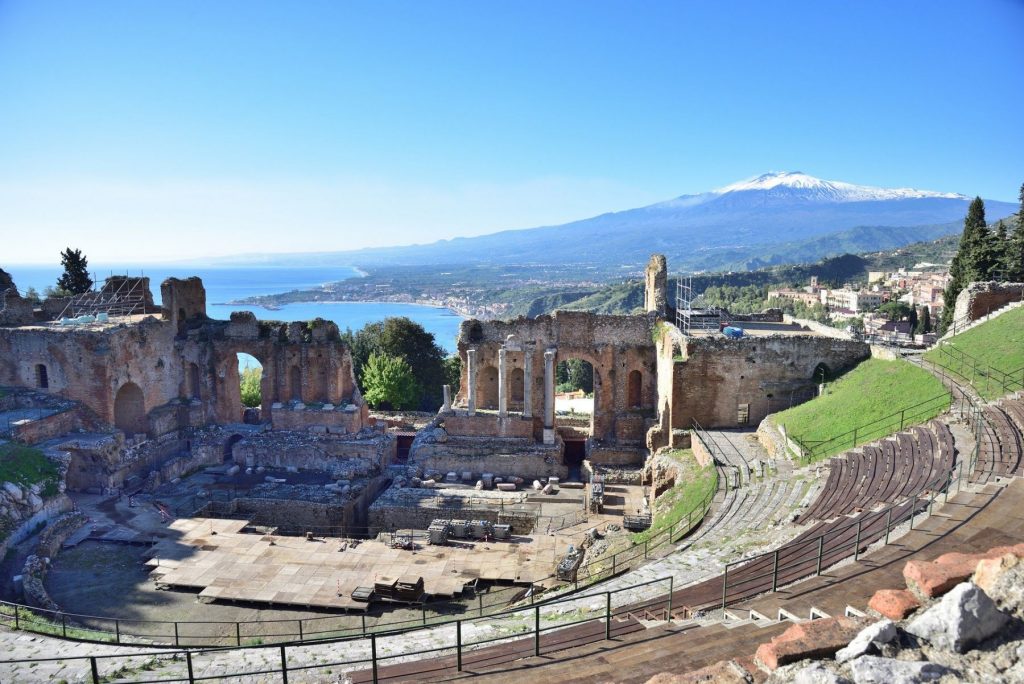 Most people don’t realize that Mt. Etna, one of the most active volcanoes in the world, is quite high- almost 3,000 meters to be exact (in fact, Sicily is actually a wintertime skiing destination). Etna Park is a 58,000 hectare protected area around the volcano with all kinds of trails and unique experiences. The closest major city is Catania.

Cicero said that Syracuse was the greatest and most beautiful of all the Greek cities. It was also the birthplace of Archimedes and St. Lucy. Its Greek theater is one of the largest ever built! There is also a Roman amphitheater and numerous other temples and necropoli in the area. Castle Maniaci dates to the 13th century and is located on the island of Ortygia which is the historic center and where the original Greek city was located.

In the province of Trapani, the coastal city of San Vito lo Capo is one of the most sought-after holiday spots on the island. Its beaches along the Gulf of Castellamare are absolutely breathtaking and since 1981, have been part of the nature reserve, Riserva Naturale dello Zingaro.

Off the coast of Trapani lies a group of islands known as the Aegadian (or Egadi in Italian). Favignana and Levanzo are the most frequently visited and are easily reachable from Trapani.

Known for its famous Valley of the Temples, Agrigento’s archaeological park holds some of the most amazing examples of Greek architecture in the world.

Its interesting geography is equally famous: so much so, that it has to be protected from too many tourists trampling all over it. We’re referring to the Scala dei Turchi or the Turkish Steps. It just doesn’t get any more spectacular than this! 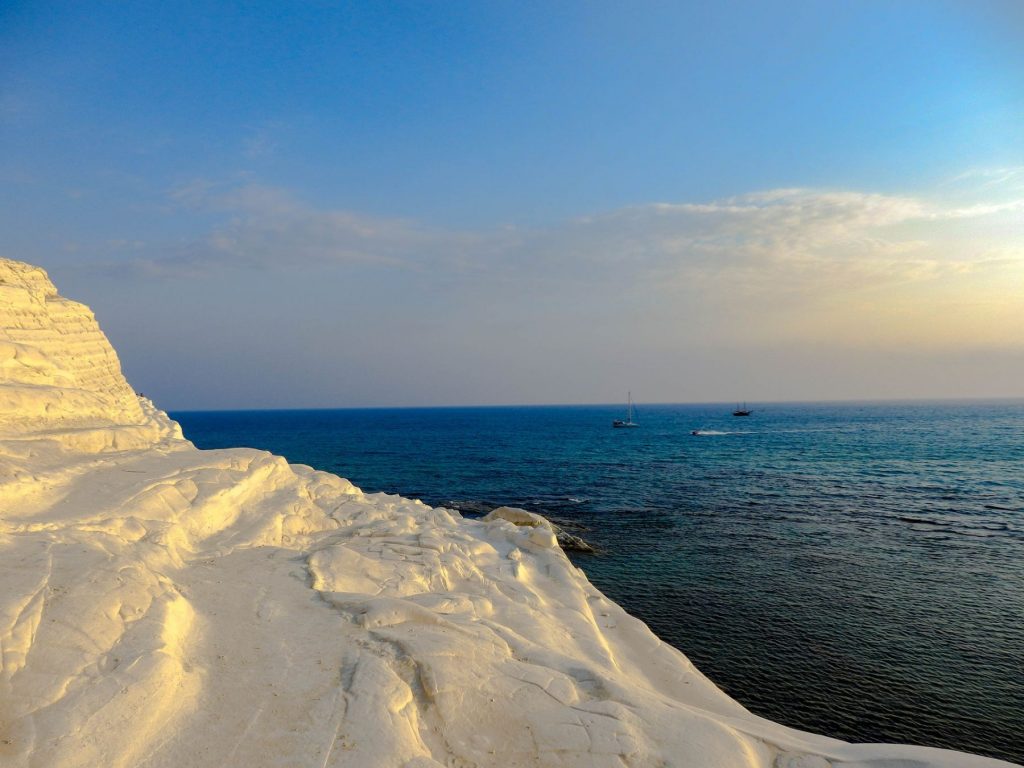 Off the coast of Agrigento, and actually closer to Tunisia than to Sicily, lies the island of Lampedusa. Along with Pantelleria, these two Sicilian islands are in the Mediterranean Sea and as compared to the others, are quite distinctive. Lampedusa’s “Rabbit Beach” or Spiaggia dei Conigli doesn’t actually have any rabbits on it, but has been consistently voted as one of the most beautiful beaches in the entire world!

There is yet another archipelago off the coast of Messina, Sicily called the Aeolian Islands, and includes the islands of Lipari and Panarea among others. This is also where the active volcanoes of Stromboli and Vulcano are located.

In addition to its ancient temples, turquoise waters, white sand, volcanic peaks, and friendly people, Sicily is also one of the top foodie destinations in Italy, if not, the world. Its varied past influenced by so many cultures from the Arabs to the Normans to the Spanish have greatly influenced its cuisine.

For example, you might be surprised to find that couscous is just as common as pasta and served with fresh seafood. Street food and open markets characterize all major Sicilian cities and we suggest being adventurous and trying what the locals eat! Ingredients like sesame seeds, almonds, pistachios, figs, oranges, and lemons, are all staples in the Sicilian kitchen. They are infused into both savory and sweet dishes alike. Without a shadow of a doubt, the most famous Sicilian food of all is the cannolo! Try one in every city, you won’t regret it! 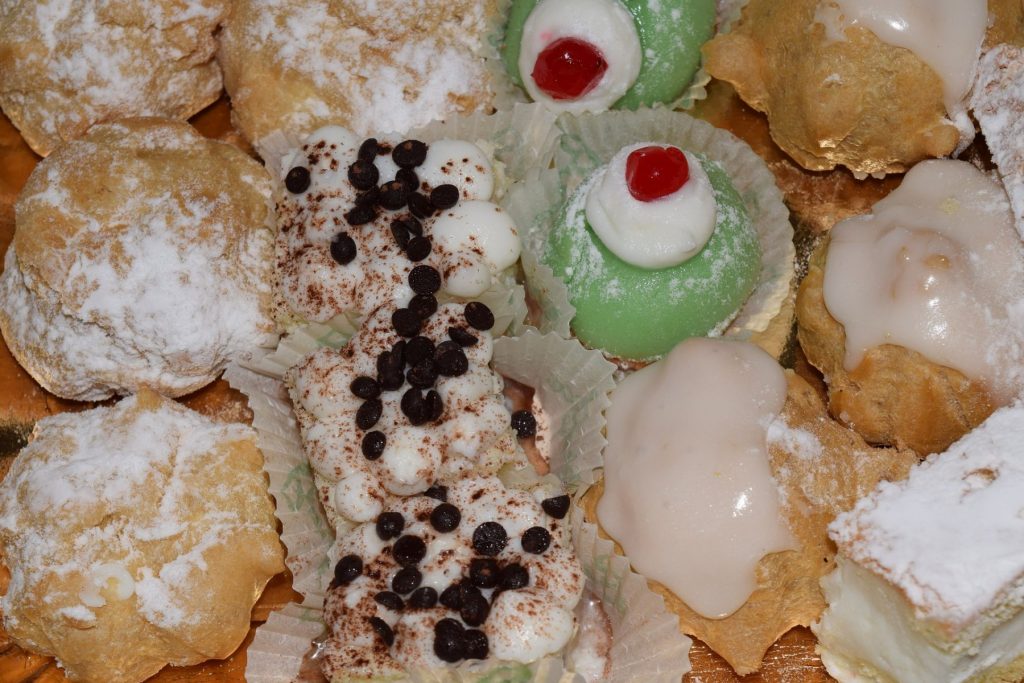 Post Views: 627
Redattore
The Monastery of St. Benedict in Subiaco
The Castelpetroso Sanctuary