The City of Noto in Sicily: The Capital of Baroque

The city of Noto is located in south-eastern Sicily and has been deemed the “Capital of Baroque”. In 2002, its entire historic center was declared a UNESCO World Heritage Site. It is one of the most fascinating cities on the entire island of Sicily and has the added bonus of being close to other attractions as well as the sea. Let’s find out what to see and do in this magnificent city.

Noto is actually in the province of Siracusa which is about 45 minutes north. Noto is one of the best places to witness Baroque architecture which arrived on the island in the 17th century. Romantic, extravagant buildings are everywhere you look. 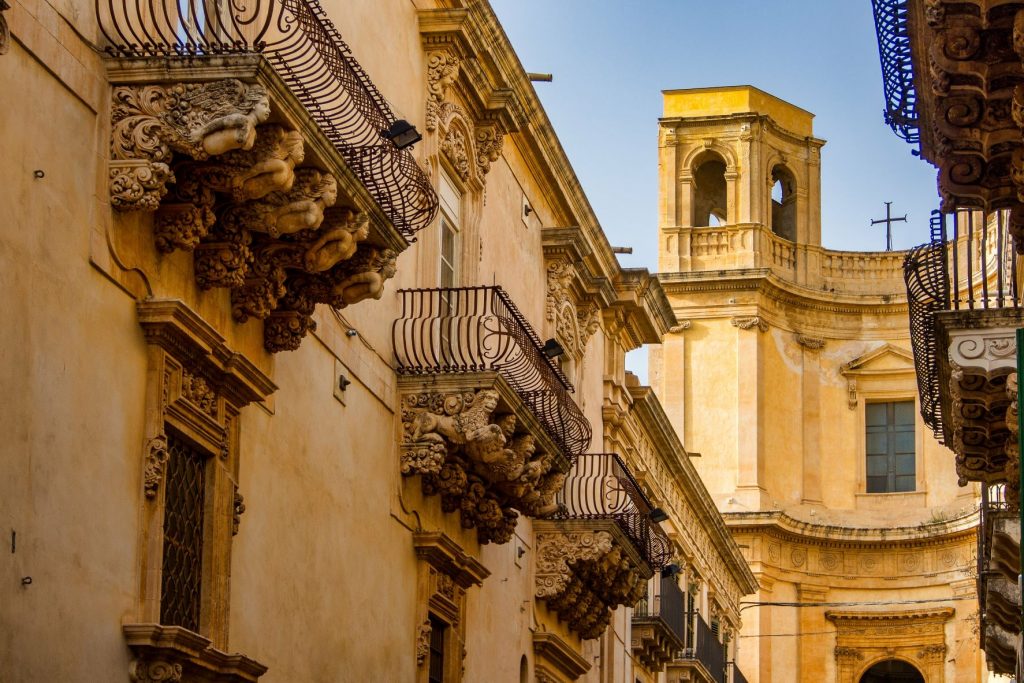 Most of what we see today was a direct result of the rebuilding period after the devastating earthquake of 1693. Noto was completely destroyed and the new buildings were constructed out of the local, rose-colored limestone which gives the city a magnificent golden glow. Some of the best architects of the time were called upon to rebuild Noto and absolutely nothing was left to chance. The city’s three main streets run east to west so that they are always illuminated by the sunlight.

Your tour of the historic center begins as you enter Noto’s main gate, the Porta Reale, which was built in preparation for the visit of Ferdinand II (known as the “King of the two Sicilies”). Corso Vittorio Emanuele’s first major sight is the elaborate staircase and church of San Francesco di Assisi all’Immacolata. On the altar lies a rare piece of Renaissance art from pre-Baroque Noto, a beautiful painting of the Virgin and Child by Monachello.

Moving further along the Corso you’ll come to the Church of San Salvatore and the Church of Santa Chiara, two of the most important religious buildings in all of Noto. There are also two museums in this immediate area: the archaeological museum and the civic museum. 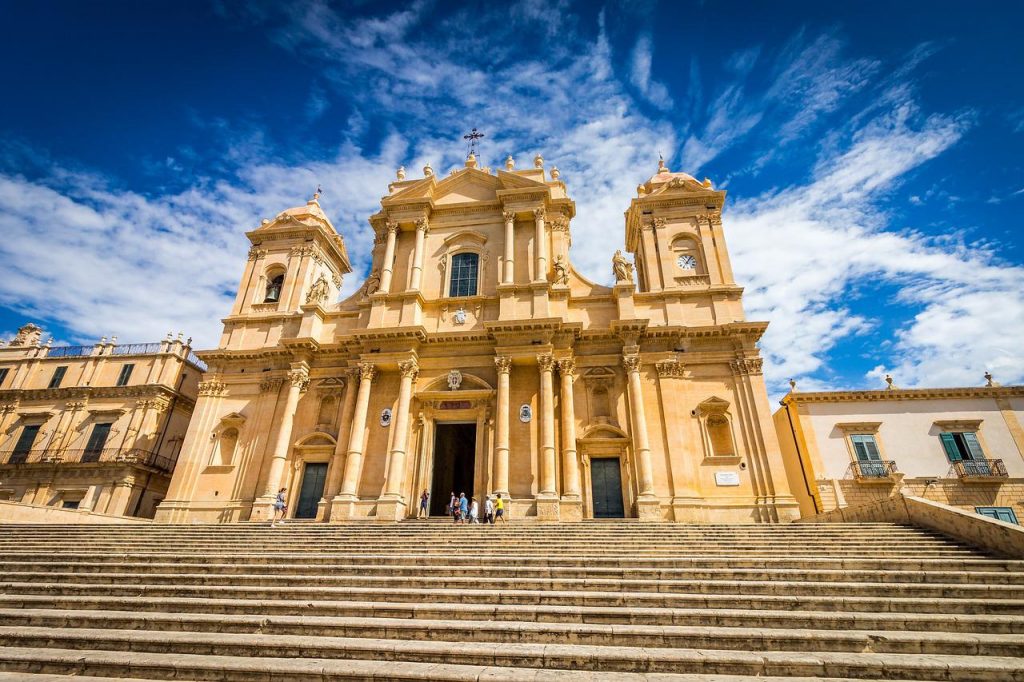 The most grandiose of all monuments is located in Piazza Duomo and is, of course, the Cathedral of San Nicolò. Three ramps of stairs lead to the church whose facade was inspired by French buildings of the early 1700s. Construction actually took place between 1693 and 1703, but what we see today is really a product of the late 1800s when the last phase of reconstruction took place. The magnificent fresco on the interior of the cupola was completed in 1956. 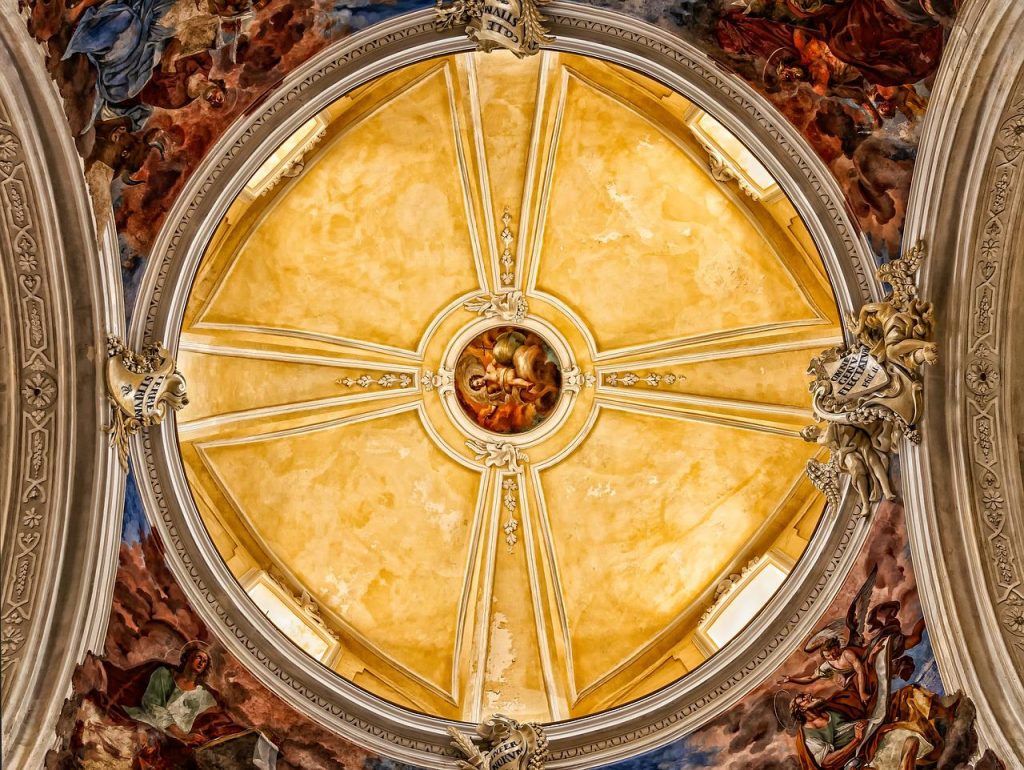 Just opposite the Cathedral is another spectacular building, the Palazzo Ducezio an 18th-century Baroque done in Louis XV style. Its Hall of Mirrors was elegantly restored in the 1930s. Make sure to check out the fantastic view from its terrace, Balconata Palazzo Ducezio.

At the end of Corso Emanuele, you’ll complete your visit by seeing the Church of San Domenico, the Fontana d’Ercole, and the neoclassical theater Tina di Lorenzo, named after Noto’s famous actress.

Noto has numerous luxurious Baroque palaces that can be visited including its two most famous, Palazzo Nicolaci di Villadorata and Palazzo di Lorenzo del Castelluccio featured in the internationally-acclaimed detective series, Montalbano. Palazzo Nicolaci is a must-visit and one of the most opulent Baroque buildings in the world. Along its entire street (Via Corrado Nicolaci) is also where Noto’s most famous annual event takes place, the Infiorata. 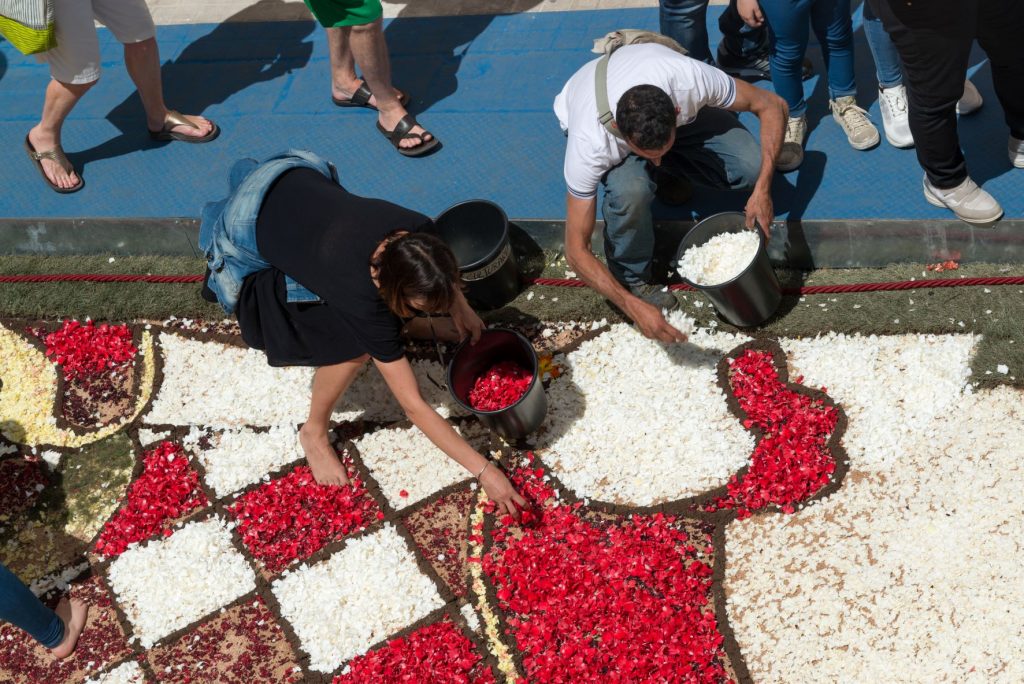 Let’s not forget that Noto existed long before it became one of the Baroque capitals of the world. In 1971, a Roman villa dating to the 4th century AD was discovered on the outskirts of town. Beautiful, detailed mosaics were unearthed which can be visited today. Visit Villa Romana di Tellaro’s official website for more details.

There are other Greek and Roman archaeological sites in the area that are underdeveloped as far as tourism is concerned. Many, such as Eloro and Mount Alveria, are only mentioned as being a sidenote on a hiking trail.

Riserva di Vendicari and the Seaside

Noto’s historic center is only about 10 km from the seaside. The shores here are characterized by both white cliffs and sandy shores. Lido di Noto, the Scogliera Bianca, Cayman Beach, and the Spiaggia della Pizzuta are some of the most popular. 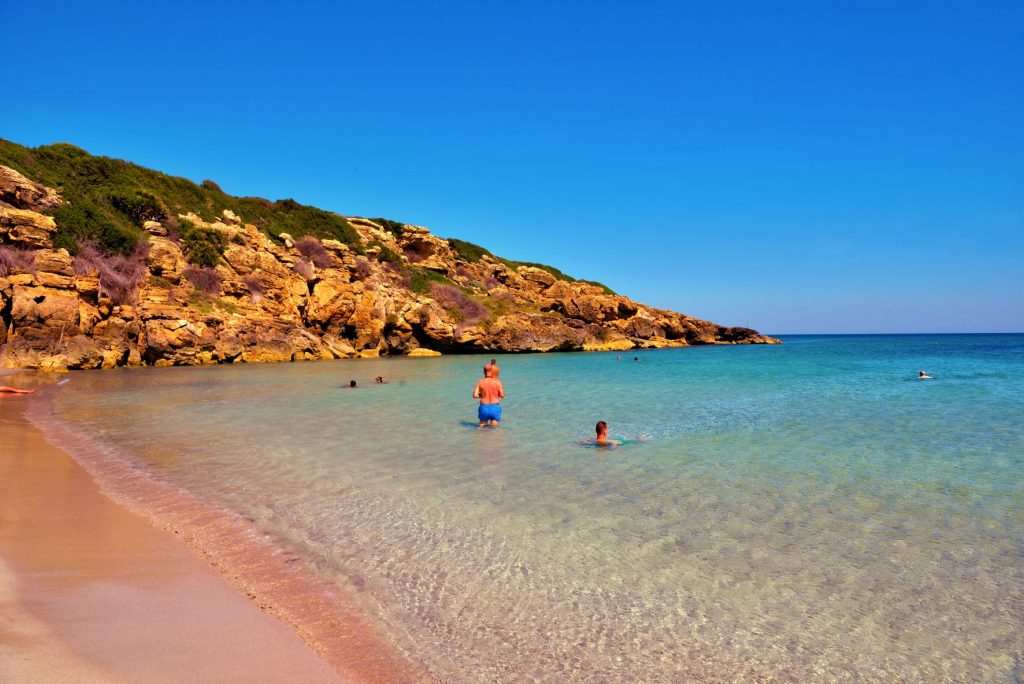 The Riserva di Vendicari is also in the immediate area and boasts the stunning Eloro, Marianelli, and Calamosche beaches. These three are connected by a 6 km hiking trail.

As if all of this weren’t enough to keep you busy and spend an entire holiday in Noto, you can also reach Siracusa and Ragusa in about an hour’s time.

As you can see, this Baroque capital has just about everything you could need for a wonderful holiday!

Post Views: 90
Redattore
Giglio and Giannutri Islands in the Tuscan Archipelago
Ustica Island: The Black Pearl of the Mediterranean