The Sorgente del Gorgazzo in Polcenigo: One of the Most Beautiful Villages in Italy

Where can you go to enjoy both Mother Nature and a quaint town that is One of the Most Beautiful Villages in Italy? Polcenigo, of course! You may not have ever heard of it, but this little village in Italy’s Friuli-Venezia Giulia region has the deepest karst spring in all of Italy, the Sorgente del Gorgazzo.

Without getting too scientific, karst is basically a landscape of dissolving limestone where you’ll find sinkholes, caves, and springs. Gorgazzo happens to be the deepest in Italy and the second deepest in Europe. It has only been explored to a depth of 222 meters. Its water continues to captivate visitors and divers alike due to its unique setting. The average water temperature is a chilly 10 degrees C and it is so clear that you can see the Christ statue placed at a depth of 8 meters. Various shades of greens and blues continuously change with the sunlight and the movement of the surrounding trees in the wind. It is a spectacular sight, to say the least! If you are an experienced diver, you can find more information here about booking a dive. 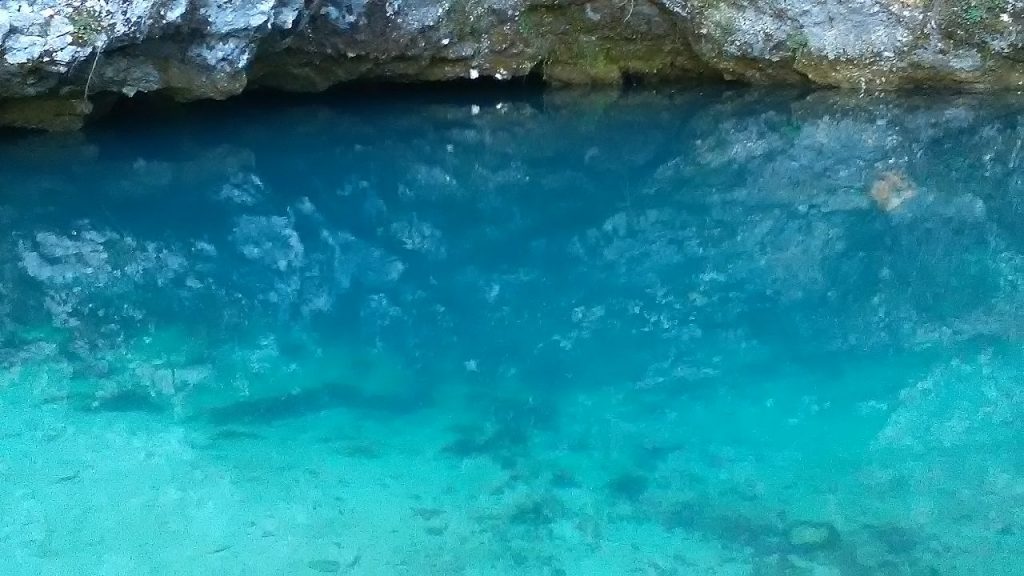 The tiny village of Gorgazzo is just one kilometer from Polcenigo. There is a trail that goes from Santissima to Polcenigo and finally, to Gorgazzo. A series of waterfalls along the trail all stem from the Livenza river, which branches out to become the Gorgazzo.

Officially one of the Most Beautiful Villages in Italy, Polcenigo’s charming historic center is a perfect place to begin your adventure. It was an important center in medieval times and its castle likely dates to the 10th century. By the 14th century, it was a bustling commercial area with taverns, hostels, and industries like textile, carpentry, and blacksmiths. Farming also boomed thanks to the Livenza and Gorgazzo water sources and the numerous water mills that were constructed. 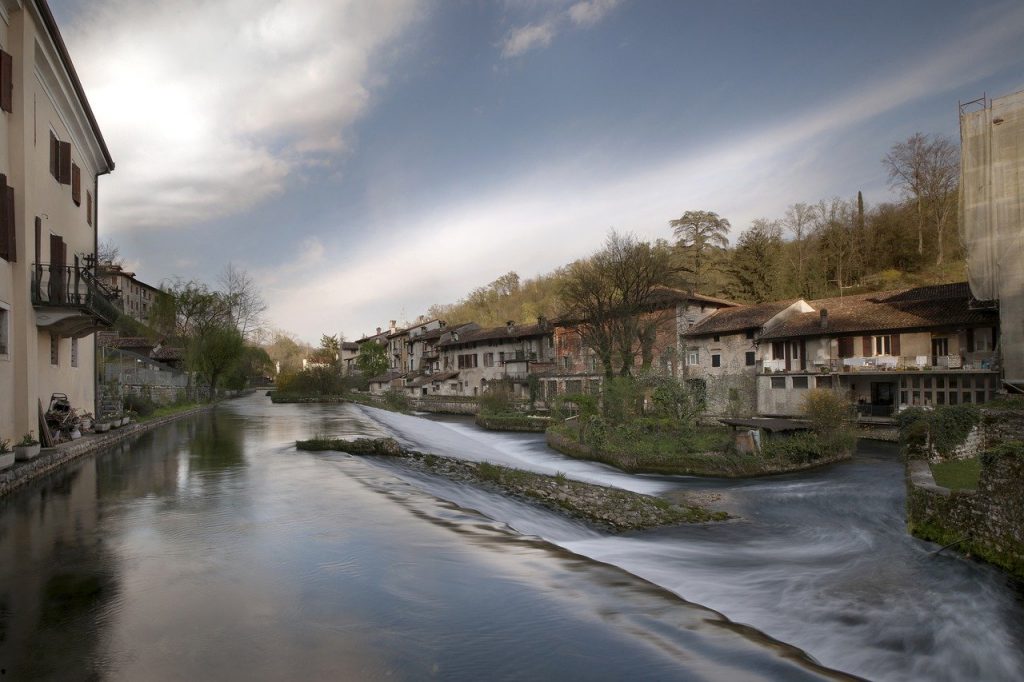 There are numerous churches in the area but we recommend the following: the Pieve di San Floriano (built on a necropolis dating to the 8th century BC), the Church of San Giacomo (ex-Franciscan convent dating to the 13th century), and the Oratory of San Rocco (14th century).

A UNESCO World Heritage Site, the Palù di Livenza is a rare example of stilt houses dating to the Neolithic Period (almost 7,000 years ago). The actual findings from the site are housed in the archaeological museum in Pordenone, just 30 minutes away.

It’s no surprise that freshwater fish would be a staple in the cuisine here. Trout from the “Upper Livenza” is a specialty prepared in a variety of ways. You’ll also notice other influences not typically found in other parts of Italy such as goulash and spices like paprika.

This is still very much an artisan town where the traditional art of basket weaving has been handed down for hundreds of years. Every September, Polcenigo holds its basket festival called Sagra dei Sest. 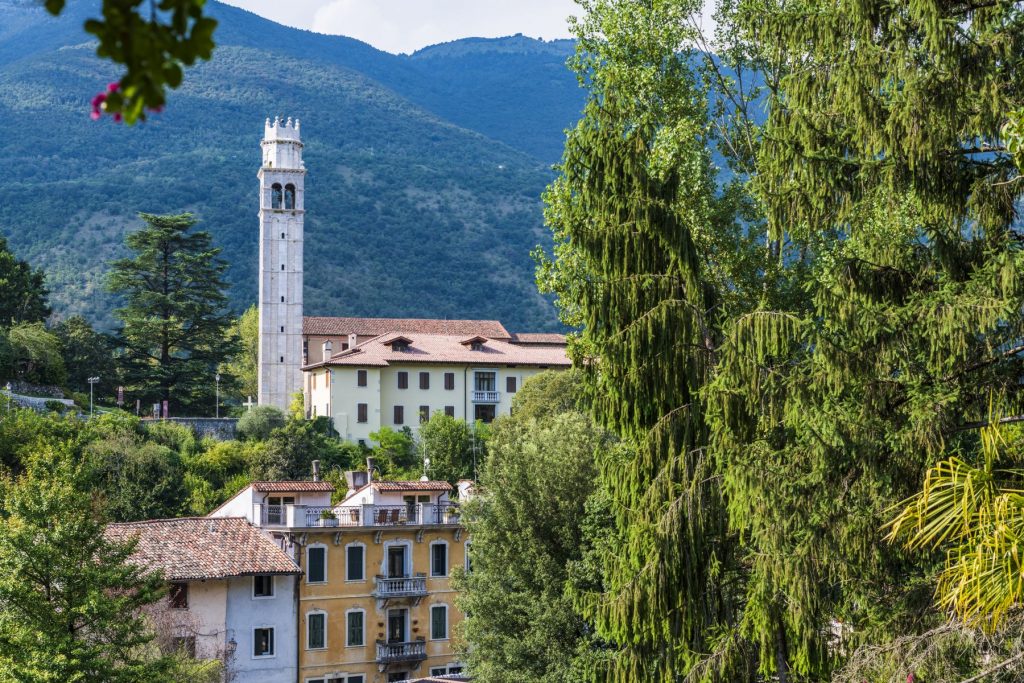 Post Views: 134
Redattore
Visiting Portofino on the Italian Riviera: Land and Sea
What to See in Lombardy’s Valcamonica