Castelpetroso, a small village in the province of Isernia in Molise and the beautiful Basilica of the Sorrowful (Basilica Minore dell’Addolorata), are inseparable. The latter has become an integral part of the territory of Castelpetroso since it was completed in 1900. It welcomes people from everywhere, although it remains somewhat unknown despite its great potential. 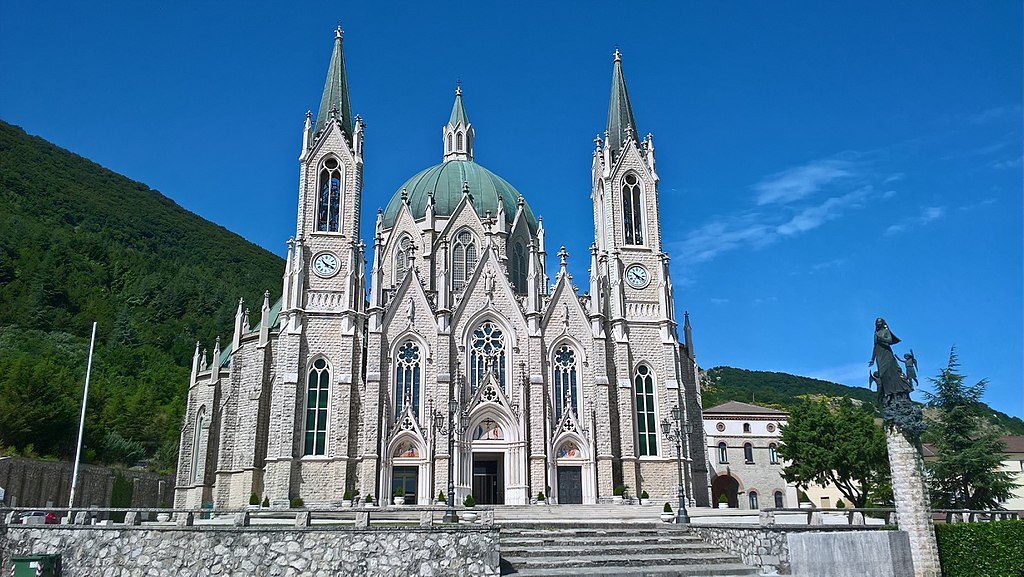 In March 1888, two peasant girls were looking for a lost sheep when one of them was suddenly distracted by a bright light coming from a nearby cave. In the glowing light, the peasant girl saw the Virgin Mary kneeling before the lifeless body of Jesus with his eyes to the sky and his arms wide open. Ten days later, on April 1, Easter Day, the celestial figures returned to show themselves and this time they were both seen. But not only that, the pilgrims who began arriving in large numbers, also saw the genesis of a small water source near the cave. A collection soon began for the construction of a sanctuary which has transformed into the wonder it is today. The actual sanctuary was built further downstream than the exact place of the apparitions so that it would be more accessible. 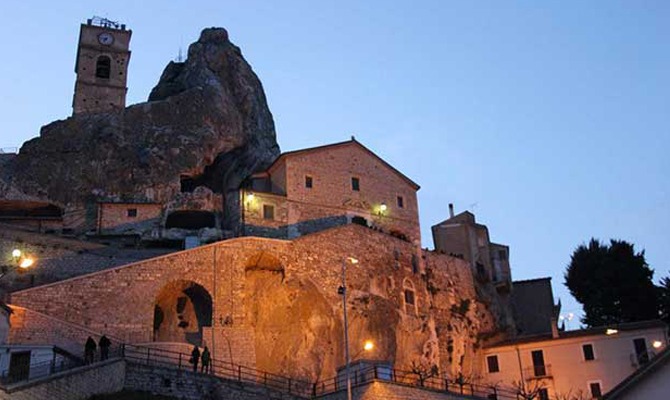 It stands solemn with its seven chapels representing the seven sorrows of the Virgin Mary and its 54-meter high central dome. Positioned in a wide-open space, its appearance is straight out of a fairytale. It’s a magical place not only for the events that gave rise to it but also for the spiritual feeling it gives you- almost commanding you to subject to its majesty. It seems to be almost deliberately under-appreciated. I highly recommend visiting this “little Italian Lourdes” (as it’s been called) and its quaint village in your travels.

Other destinations in Molise

Post Views: 1,308
Redattore
Forlì in Italy’s Emilia-Romagna Region: Everything You Need to See
Discovering Rieti and the Sabina Region