The Procession of San Pardo in Larino

Between the 25th and 27th of May each year, the residents of Larino celebrate the patron saint San Pardo with a unique event characterized by a parade of floats decorated with colorful paper flowers drawn by cows and oxen.

During the three days, a tribute to the translation of the body of the patron saint is made with a procession that starts from the beautiful fifteenth-century cathedral and reaches the cemetery, where the statue of St. Primianus is kept throughout the year. 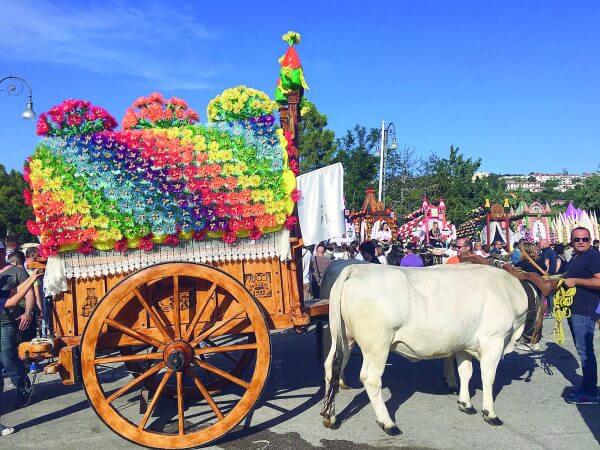 At this point the people of Larino left for Lesina to retrieve the relics of their saints. Arrived in the outskirts of the town, looking for the most favorable point to attempt the attack on the city, they came across the tomb of San Pardo, recognizing it by the lack of the thumb. Mindful of the aura of goodness carried by the saint centuries before in their city, they considered the discovery of the body as a sign of the divine will and, having taken an agricultural cart, adorned with flowers, the saint’s remains were taken to Larino, as protector of the city. It was May 26, 842. 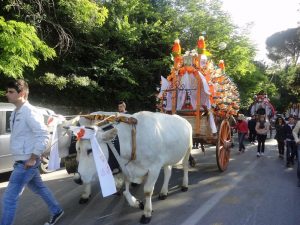 The cart symbolizes family and continuity of tradition handed down from generation to generation. Each wagon is characterized by a number, representing the date it was created.

The parade is a tradition that is very important to Larino’s residents and it manages to involve even the youngest generations. It is really exciting to watch this procession which is about three kilometers long with more than a hundred wagons. They are divided into two types: the oldest called “Capanna” and the more recent ones called “Trionfali” which are covered with thousands of colorful flowers and olive branches. During the parade, the cart drivers sing a song in dialect that makes the atmosphere of the celebrations all the more unique.

On the last day, the effigy of St. Primianus is returned to his hermitage and the three-day event concludes with a grand celebration. A rich feast is served. During the celebration you’ll notice many symbols of the month of May. The most striking is the “May tree” represented by a large olive branch which, only on the 26th, is hoisted on the carts filled with dairy products. 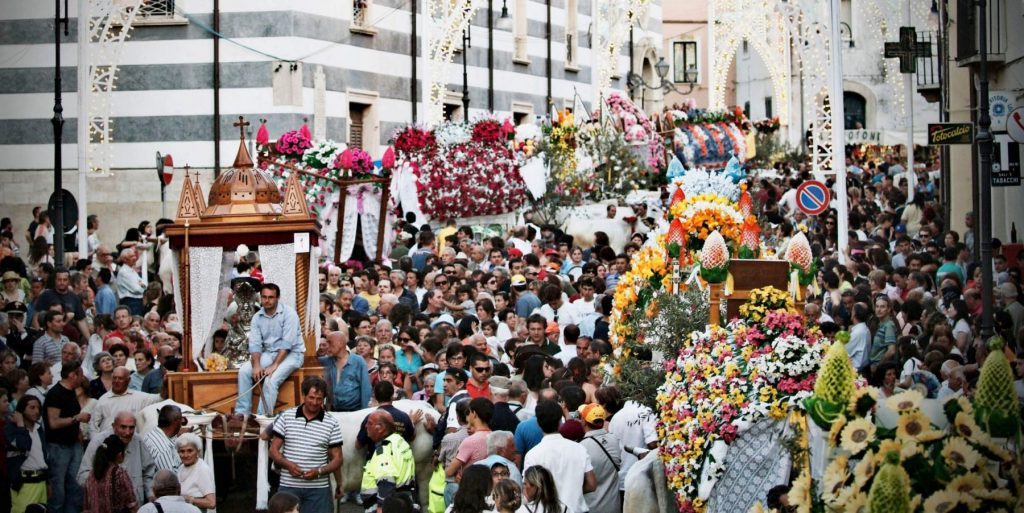