The Republic of San Marino: a Country Within a Country

The Republic of San Marino is a sovereign state located within the borders of Italy’s Emilia-Romagna and Marche regions. Like Vatican City, Monaco, or the country of Liechtenstein, it is a microstate or a very small state with very few people. San Marino happens to be one of the richest countries in the world and is a unique experience while visiting Italy. It’s almost like visiting a country within a country! 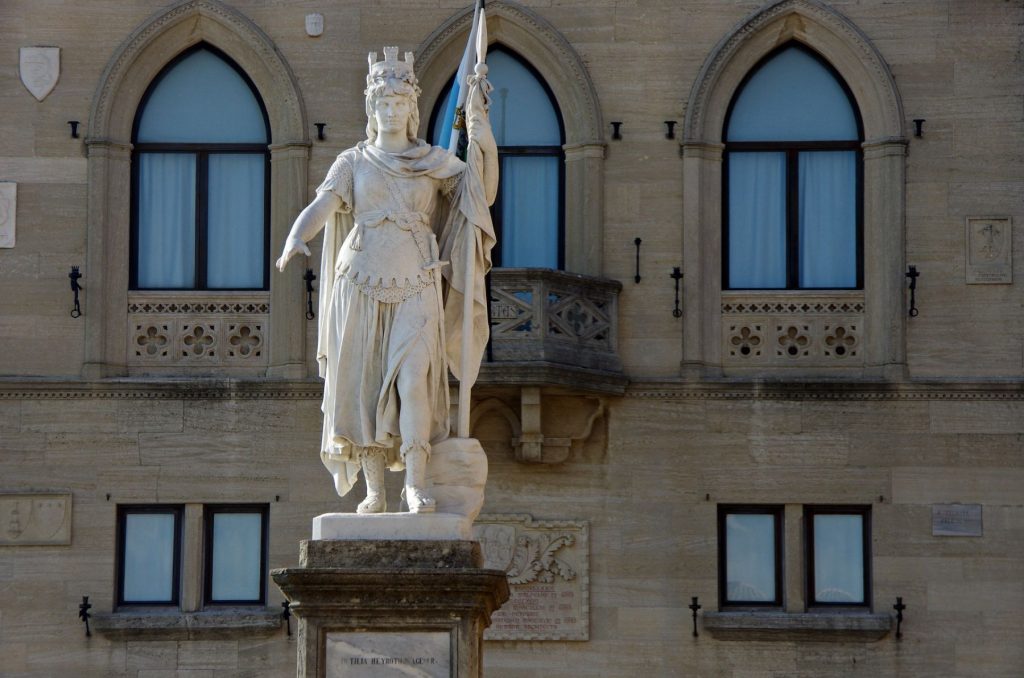 Legend has it that San Marino was founded by Marinus, a stonemason from Dalmatia (Croatia) who fled persecution under Emperor Diocletian. By 301 AD, the first group of immigrants arrived in the area of San Marino and documents show that by the 9th century AD, a republic had formed. Amazingly, throughout its history and as wars waged all around its borders, San Marino maintained its independence with the exception of just two times (1503 and 1739) when it was briefly occupied by military forces. So now that you know it’s a wonderful place, let’s find out what to see.

The capital city is also called San Marino and Mt. Titano, precisely where Marinus and the first immigrants are said to have settled, is where you’ll find the historic center. In 2008, it became part of the UNESCO World Heritage Sites. Enclosed by stone walls and sitting at an elevation of 750 meters, San Marino is nothing short of spectacular. 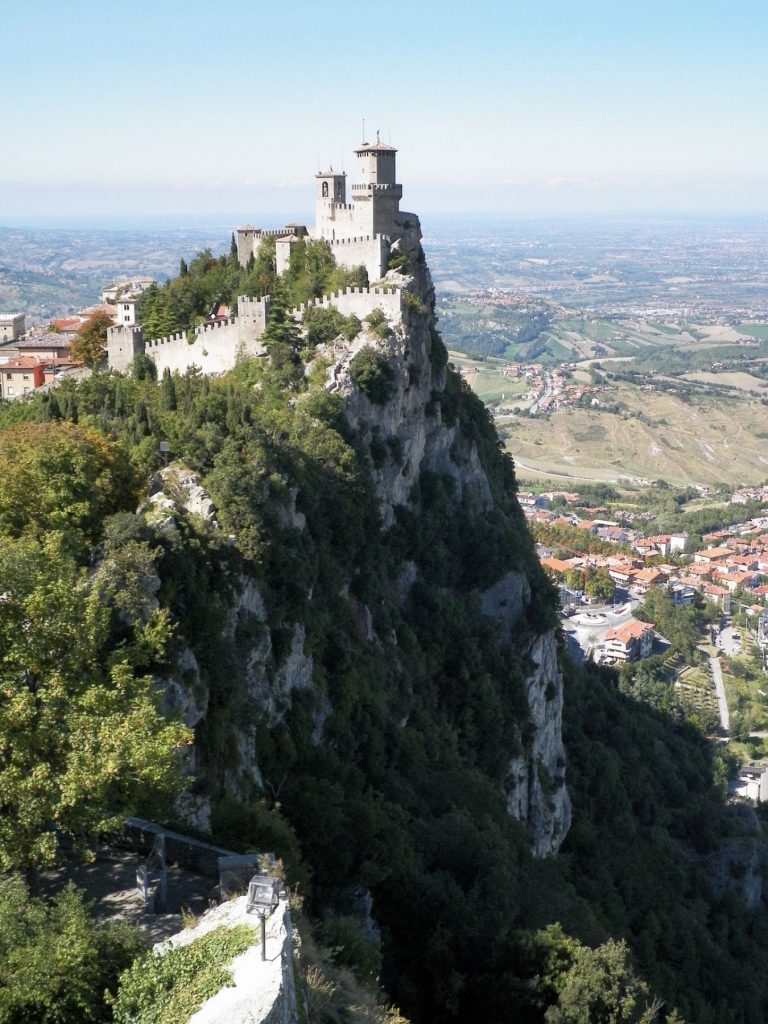 There are three fortresses (one of which houses a museum of historical weapons) with towers that give the town its signature look. They are connected by a path known as the “Passo delle Streghe” or the “Witches’ Path” whose name is thought to have derived from the sound of the howling wind as well as that it was probably a meeting place for sorcerers during the Middle Ages. Today, you can access the stone path by cableway.

Numerous churches adorn the historic center including the Basilica del Santo (the Duomo) which is not old by European standards. Built in the mid-1800s, the Basilica houses the relics of Saint Marinus. If you’re interested in the life of Marinus, another important site is St. Peter’s Oratory which holds two beds carved into the rock that are thought to be those of Marinus and Leo and to have healing powers.

In Piazza della Libertà you’ll find the Public Palace or the Palazzo Pubblico which is still where San Marino’s government convenes and where you can witness the changing of the guard every 30 minutes.

Piazza Titano holds the State Museum with over 5,000 pieces spanning from the Neolithic period all the way up through the 19th century. Other interesting museums include the Museo della Tortura with some very scary torture devices and a wax museum.

Another interesting fact about San Marino is that it had one of the first known postal systems in the entire world which was established in the early 1600s. Its tradition of stamps has lived on throughout the centuries and many come here specifically for stamp collecting as well as coin collecting (it is not part of the European Union but does use the Euro as its currency).

Shopping is also a major reason Italians and Europeans flock to San Marino. Aside from all the beautiful merchandise and souvenirs, the prices are attractive because tourists can enjoy the privilege of tax-free purchases.

The cuisine is, of course, superb and resembles that of both the neighboring Emilia-Romagna and Marche culinary traditions. 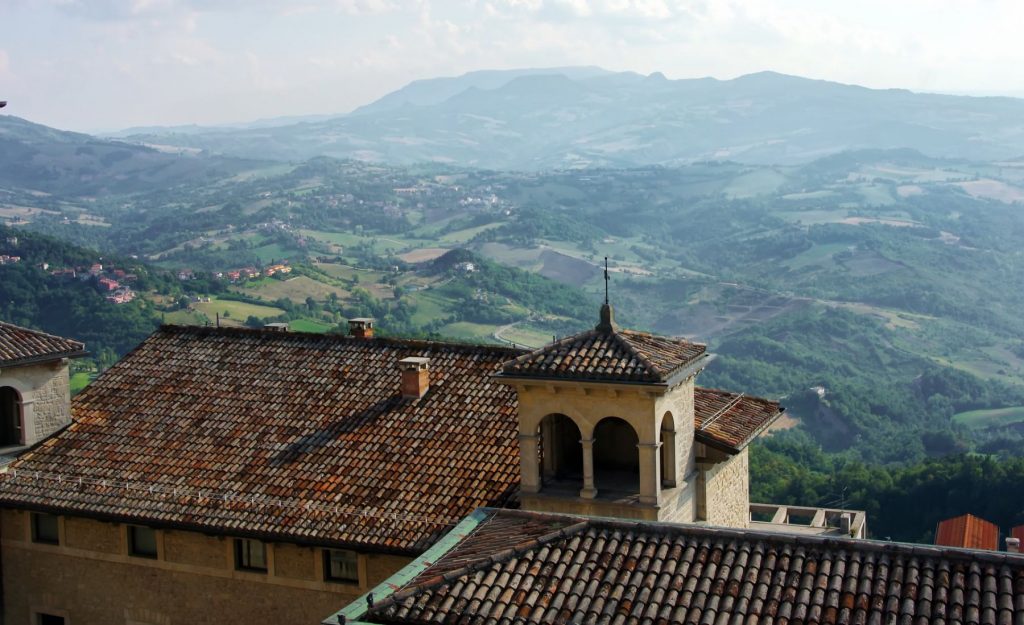