The Sunflower Season in Le Marche

The Marche countryside is known for its rolling farmland dotted with little hilltop towns which, for a few weeks in July are ablaze with yellow fields of sunflowers.

Many of the little towns in this stunning region have been awarded the title of I Borghi Piu Belli d’Italia or “The Most Beautiful Villages in Italy”, 23 in fact. One of these is Cingoli, known locally as “The Balcony of Le Marche”. On a clear day, most villages offer breathtaking views, with the Adriatic Coast to the east and the Apennine mountain range to the west. 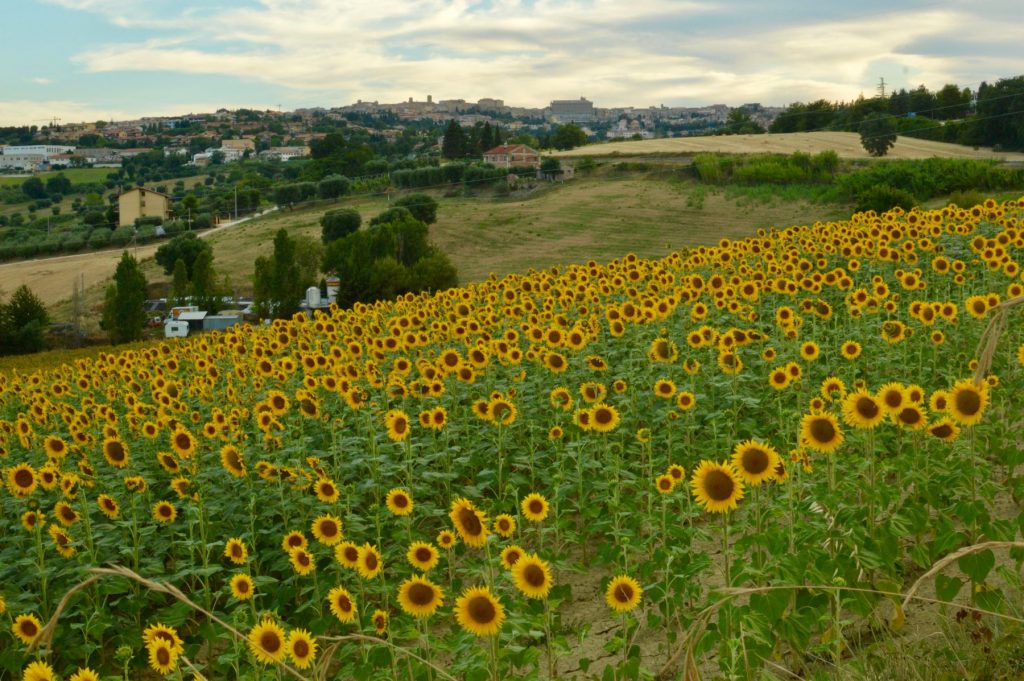 The best way to see Le Marche and its sunflowers is by car. Or perhaps hire a bike and pick a cycle route that takes country roads in the Le Marche region. This website is great for finding cycle paths all over the world.

Whatever your wheels, look out for crops of olive trees and grapevines, which keep the region flowing with olive oil and wine. But neither of these compare to the stunning display of the sunflower season.

The sunflowers are at their peak only for a few weeks. Which, is what makes it such a treat. In general, the season runs from mid-June until early August. However, if you’re seeking the perfect yellow petals, you’ll need to arrive in the middle of this. Early to mid-July is probably your best bet for sunflowers in Le Marche and its neighboring regions: Tuscany and Umbria. But keep in mind that the flowers will bloom earlier the further south you are.

It is a fast-growing crop that thrives in the sunshine, hence the English name sunflower and the Italian name girasole, which literally means “turn to the sun”. The sunflower season marks the change from the lush green fields of spring to the hot summer, during which the panorama is characterized by shades of yellow and brown.

Passing through the countryside, you’ll see locals tending to their crops from large-scale farming to individual vegetable patches for the family table. Everyone in Le Marche seems to have a green thumb.

For those that don’t have space to grow, many small towns have a regular farmer’s market. If you’re visiting the area, a farmer’s market is a wonderful way to start the day. Early in the season, you can pick up a basket of strawberries to fuel the day’s exploring, or later in the heat of the summer, you can cool down with a juicy slice of watermelon. To find out when and where local markets are happening, it’s worth asking at your hotel or B&B as information isn’t easy to find online. 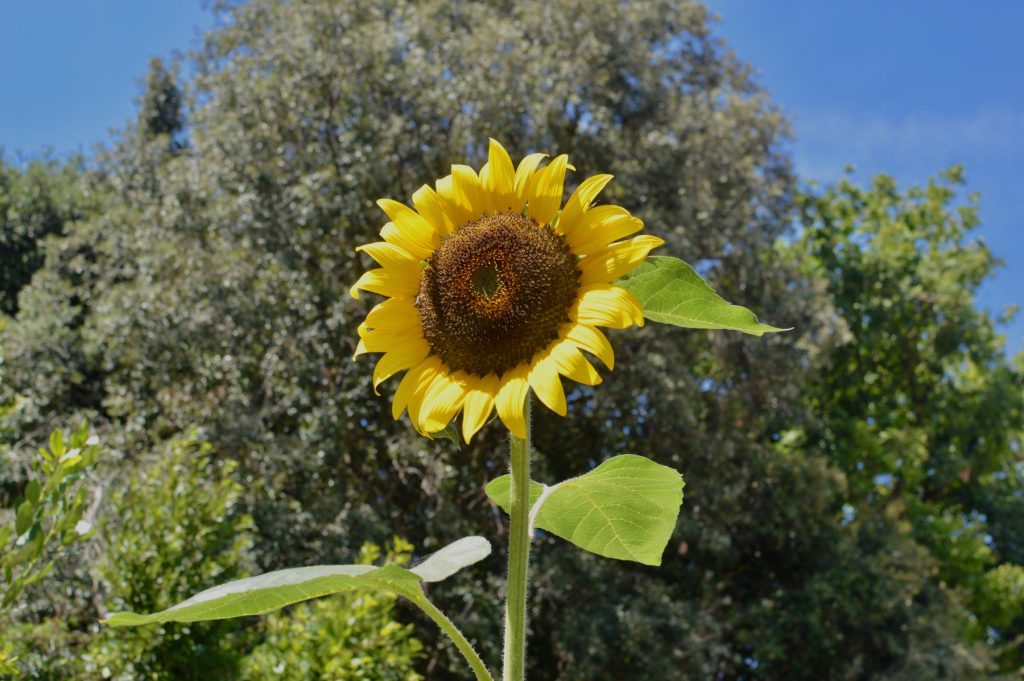 The perfect way to see Le Marche is by choosing some beautiful hilltop towns to visit either overnight or simply as a quick stop for a gelato or an espresso in the piazza. Then as you drive along the rural roads, you can enjoy the extensive views of the countryside and, if you time it right, the sunflowers.

Article and photos by: Ella Beeson

Post Views: 2,656
Redattore
The Secret Behind Lucca’s Wine Renaissance
Leopardi and the City of Poetry