Thun Castle: One of the Finest in Trento

In Trentino’s Val di Non lies one of the most well-preserved medieval castles in the entire region- Thun Castle. This massive fortress is just 30 minutes from the city of Trento and about 45 minutes from Bolzano. Let’s find out more about the magnificent Thun Castle! 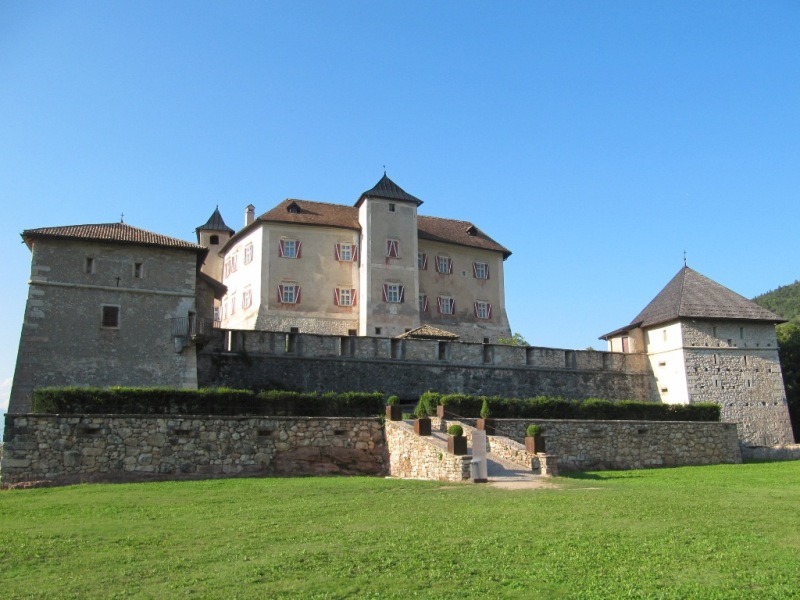 The origins of the castle date back to the very powerful Tono family of the Val di Non that eventually Germanized its name to Thun. Their rule began in the 13th century and by the early 17th century, they controlled multiple castles and had spread their reign into Bohemia changing their name to Thun-Hohenstein.

This massive fortress was built in the mid-1200s on top of a hill overlooking the Val di Non and is still considered the most important of the entire region.

The entire fortification consists of towers, walls, bastions, a patrol path, and a moat. Many of the additions were made in the 16th-century. 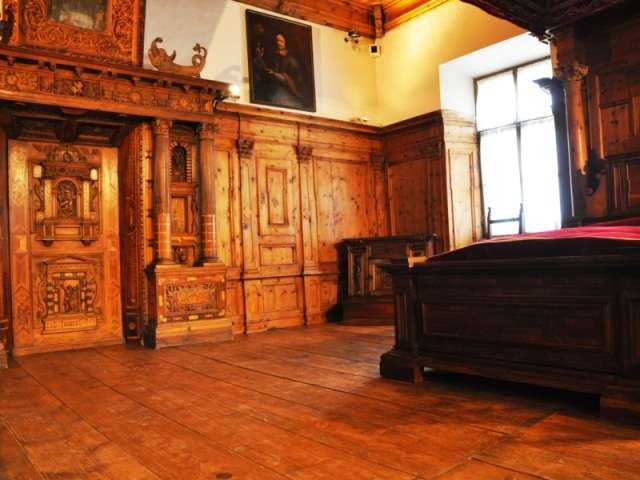 Visitors will enjoy the inside as many of the rooms still have the original furnishings and stunning woodwork. Entirely covered in pine, the Bishop’s Room is typically the favorite.

It was only reopened to the public in 2010 after a massive restoration took place when the province of Trento purchased it in 1992.

Find out more about what to see and do in Trentino!