The origin of this ancient hamlet, surrounded by vineyards and olive groves, most likely dates back to the Etruscan period, as testified by several artifacts. A hypothesis further supported by its proximity to Bettona, an ancient Etruscan stronghold (Vettona).

The hamlet owes its name to the legend of Janus, the two-headed god to whom the tower owes its name “Torre di Giano”. Built during the thirteenth century and the symbol of Torgiano, the Tower of Janus, also known as Tower Baglioni, is all that remains of the ancient defensive walls that used to surround the hamlet. 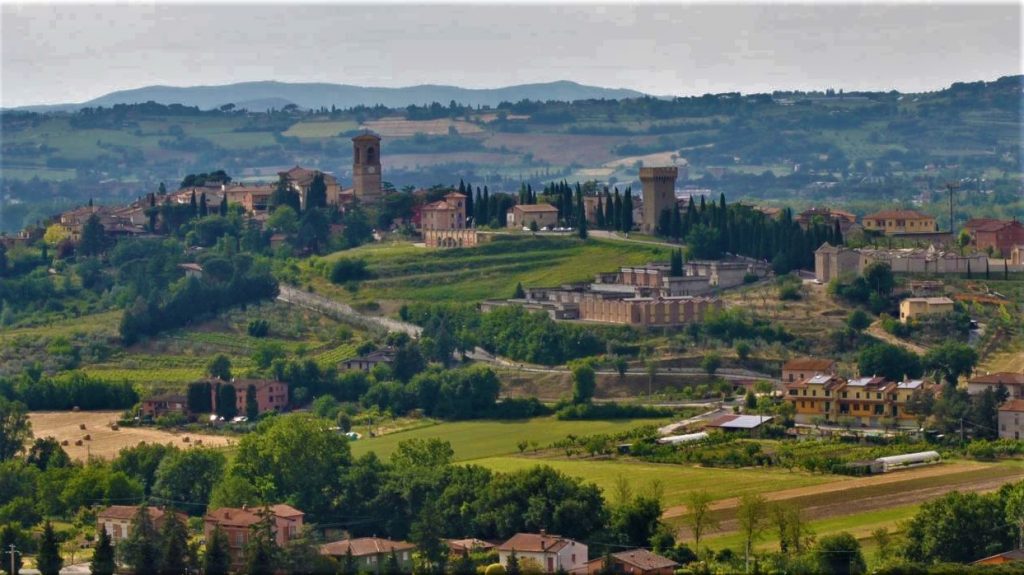 In the old town center, starting from Piazza Matteotti and walking down Corso Vittorio Emanuele II, you can reach the Oratory of Mercy and the Church of Saint Bartholomew.

Built by the end of the thirteenth century, the Church of Saint Bartholomew owes its current appearance to a thorough restoration completed in 1805 by the architect Antonio Stefanucci. The church has a basilica-style layout and a façade coated in cotto tiles, while the bell tower has a square plan and was built in the ancient tower which originally constituted the eastern gates of the castle. The Oratory of Mercy occupies the base of the tower which was built in 1587 and, subsequently restored in 1714. Currently deconsecrated, the oratory is used as a location for exhibits and displays.

In front of the church, lies Palazzo Manganelli, dating back to the seventeenth century. Palazzetto delle Manifatture Stocchi and the ancient residence of the Falcinelli Family are also here.

Walking along Via di Mezzo, you’ll reach Piazza Baglioni, where the Palazzo Comunale rises after its rebuilding occurred at the beginning of the twentieth century. On the other side of the square, the Baroque Palazzo Graziani-Baglioni stands.

On its main floor, Palazzo Graziani-Baglioni contains a late seventeenth century gallery decorated with frescos, an abundant library, and several halls decorated with antique furniture. Moreover, Palazzo Graziani-Baglioni now hosts the Wine Museum. Among the most famous wine museums in all of Italy, it was founded in 1974 and has the most complete collection of techniques and records from the Italian wine-producing culture.

The nearby Oratory of Saint Anthony the Abbot was built during the sixteenth century. During the following centuries, this building underwent a slow degradation culminating in 1960 with the disbandment of the Confraternity of Saint Anthony the Abbot. Restored during more recent times, the Oratory is used as a location for cultural events and still shows traces of the original frescos. On the outside, along the shorter side of the building, you can see the “Virgin and Child” fresco credited to the workshop of Domenico Alfani.

The Church of Santa Maria del Castello stands behind Palazzo Graziani-Baglioni and along with the ancient Graziani farmhouse, this building is one of the oldest churches in Torgiano. It is worth noting the Baroque altar decorated with stucco and gold-plating and the restored fresco depicting “The Virgin and Child” within the recess above the two entrances of the church. 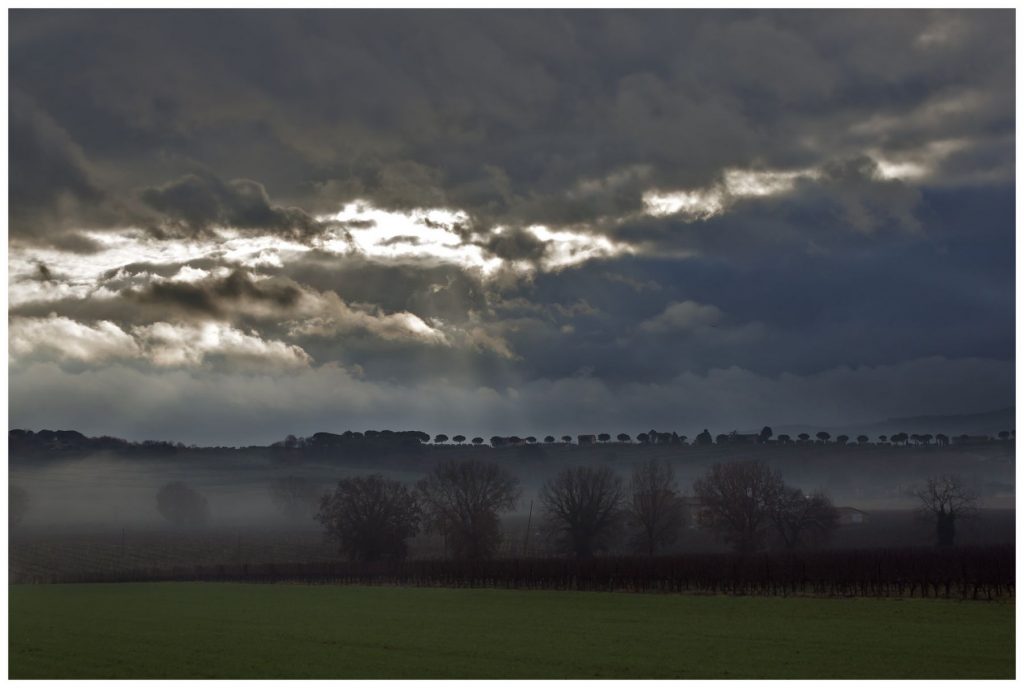 Torgiano offers more than just history, it also offers fabulous cuisine and wine. In fact, Torgiano is synonymous with good wine with its most important being Torgiano Rosso Riserva (one of the only two Umbrian wines awarded with the controlled and guaranteed denomination of origin, along with Sagrantino di Montefalco, and the Torgiano DOC.

There is no better way to taste the fine wines of the Torgiano area than by pairing them with traditional dishes like Torta al Testo, the simple dough stuffed with prosciutto and cheese or sausage and spinach and cooked on the fire. Schiacciata is a kind of flatbread cooked in the oven and topped with olive oil, onions or sage. Finally, the traditional Torta di Pasqua is perfect with cured meat.

As far as sweets go, Pan di Mosto or Mostaccioli are the most traditional in Torgiano. These ring-shaped dry biscuits are made with wine must. Pinoccate are diamond-shaped traditional Christmas desserts made with pine nuts, vanilla or chocolate, and, finally, Cammellati are made with bread crumbs, walnuts, cinnamon, honey, and pine nuts.

Post Views: 2,140
N. Sirci
The Borromean Islands on Lake Maggiore
Caccamo: A Journey Back In Time