Cycling in Trentino: the Fiemme and Fassa Route in the Dolomites

Italy has some of the most picturesque cycling routes on the planet whether it’s along the sheer cliffs of Liguria, through the rolling hills of Tuscany, or, in this case, among the jagged peaks of the Dolomites. The path known as the Fiemme and Fassa Cycling Route is one of the most beautiful anywhere in the world. 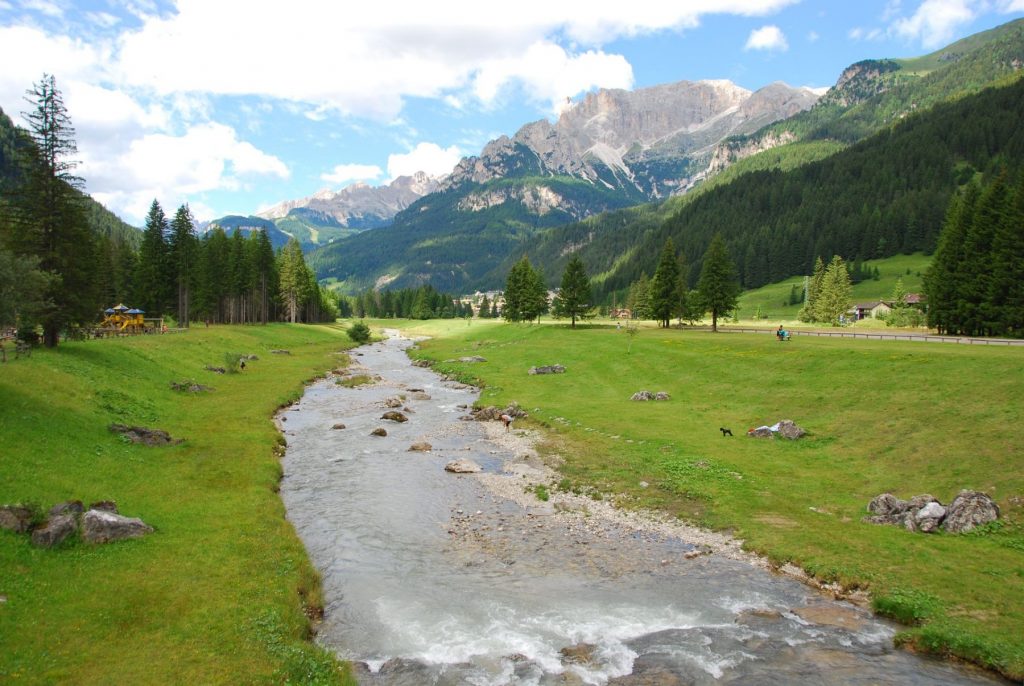 What to Expect Along the Way

We’re between the major cities of Bolzano and Trento and just south of the Sciliar-Catinaccio Natural Park. The craggy peaks of the Dolomites provide the backdrop for this 45 km route (1 of 12) from Molina di Fiemme to Canazei or if you prefer downhill, the reverse. Either way, this is considered an easy route suitable for all abilities and ages with a total ascent of about 700 meters.

You’ll be pedaling alongside the Avisio river, through the Fiemme and Fassa valleys and numerous quaint villages such as Pozza, Soraga, Moena, Sassolungo, Catinaccio, Monzoni, and Predazzo. Wooden bridges, waterfalls, vast prairies, and woods.

Amazingly, you will also be riding right past the Paneveggio Forest which just so happens to be where Stradivarius is said to have found the perfect wood for his violins. In fact, the spruce forest is nicknamed the “forest of violins”. 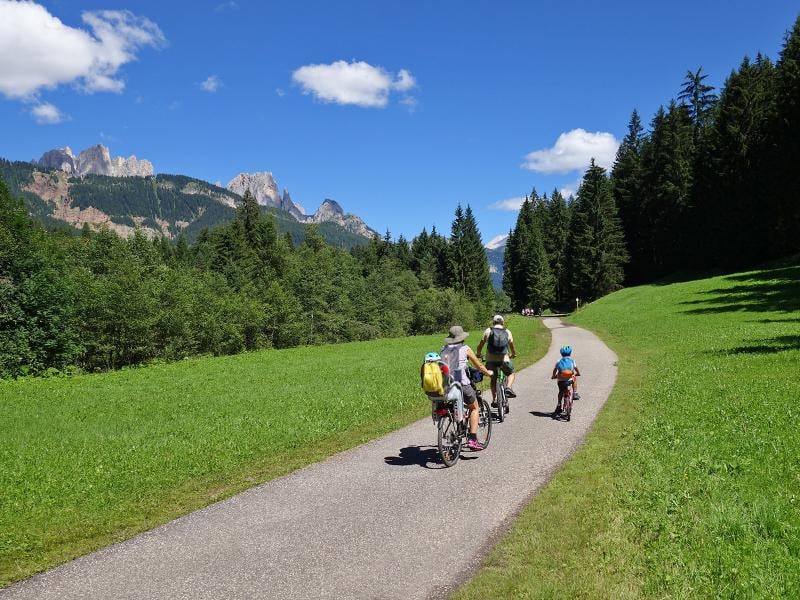 The ideal season is summertime because there are picnic areas and playgrounds conveniently located along the entire route. There is also a shuttle service that runs from June through the beginning of September that allows visitors to hop off and on with their bikes along the route. Early fall and spring are also good options and by far less crowded.

Some tips to help you plan: the stretch between Canazei and Campitello di Fassa is unpaved and requires a mountain bike and helmet.

This area is truly a cycling paradise! The official website covers every aspect of planning your holiday in Val di Fassa. 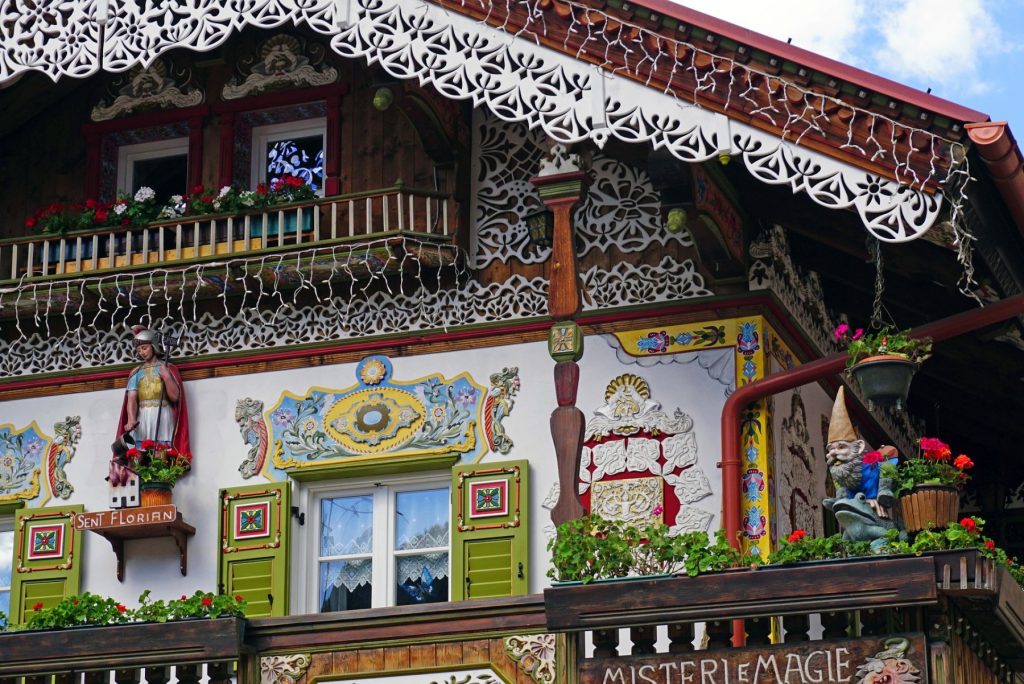