Discovering the Apuan Alps in Tuscany: The Spirit of the Mountains

How does a journey begin? Often a trip takes weeks of planning until finally, the day arrives. The departure!
Excitement coupled with the fear of forgetting something important. The suitcases are closed and then reopen again and again for last-minute items. Preparing for a trip brings on anxiety and mental fatigue.
But sometimes, a journey begins by pure chance. 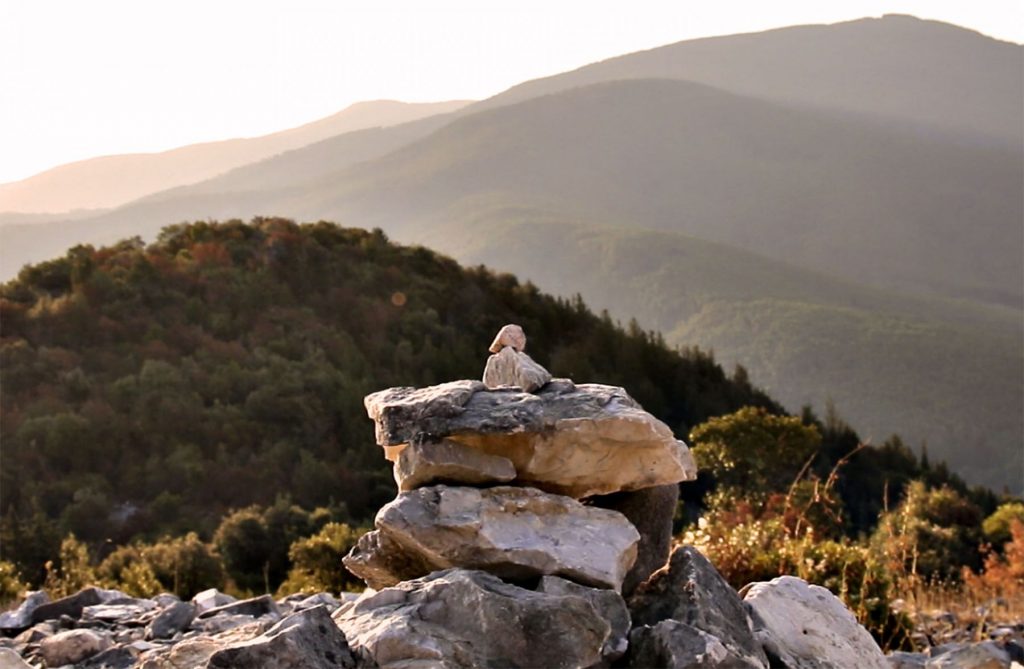 My Return to the Mountains

It was September 2016 when I carved out a day all to myself, to go back to the mountains. I packed my backpack and my trustworthy Canon 70D and went to Moriglion della Penna in the Lucca province of Tuscany. Not too high of a peak, with an almost hilly shape, that I had wanted to explore for a long time.
I felt so fulfilled after that day that the following week I went to the opposite side of the Pisan Mountains; from Parole d’Oro to Tenuta di Santallago. 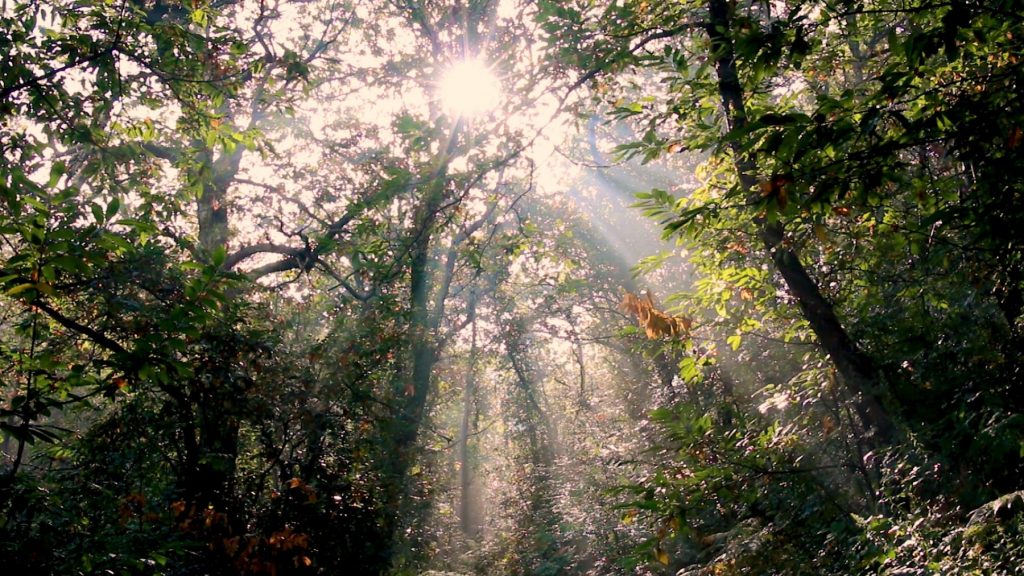 It seemed every time I had a day off during the week, I would go back to the mountains regardless of the weather; come sun, rain, wind, or snow, I didn’t care.
It was the beginning of my journey.

I started out with easy, not too demanding routes, with few technical difficulties. After having explored the Pisan mountains, I moved on to the Piana di Lucca until I reached the Serchio river, an excellent example of the integration of a natural area within an urban environment.
A few kilometers from the city of Lucca is in fact an ideal starting point for short excursions or long walks that can lead you to the gates of the Serchio Valley. This is how I began to approach the first Apuan peaks on the Garfagnana side. 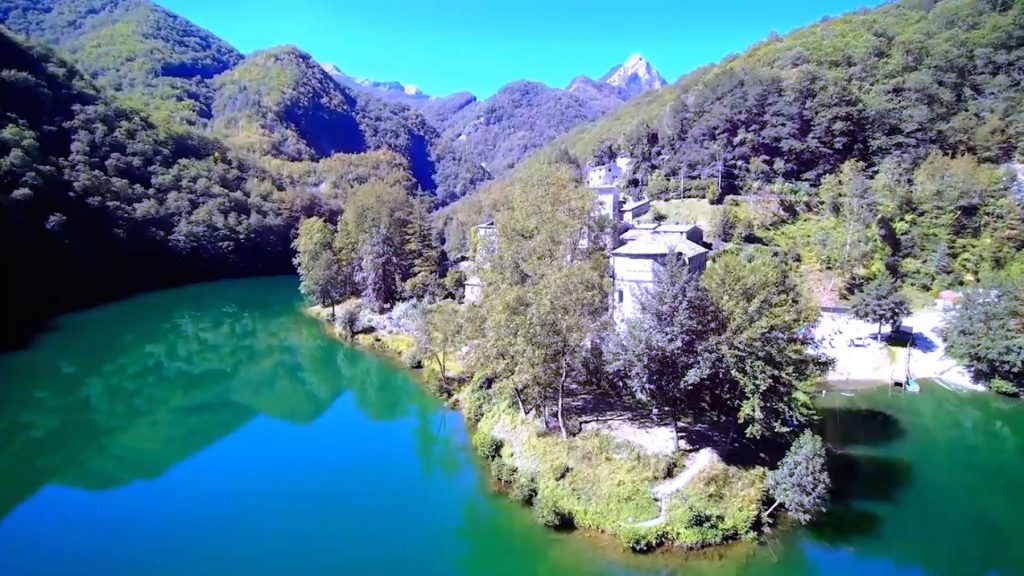 I had no idea from which peak or path to start. There was an abundance of both, but I remember that the first point of interest was the village of Isola Santa. A hidden corner in the heart of the Apuan Alps, Isola Santa is a lonely village where time has stood still. In that basin, I was literally surrounded by the most impressive peaks of this untamed wilderness and its call was overwhelming.

The Apuan Alps had thus become my destination for day trips, covering kilometers and kilometers of woods, reaching peaks that until then I had only seen in the distance. Each time I would photograph and above all, film everything I saw. The Apuan Alps are considered the “roof of Tuscany” (unlike the Tuscan-Emilian Apennines which represent more of a border between the regions of Tuscany and Emilia Romagna) and some of these mountains, such as the Panie massif, offer insane views.

The peak that stands out the most and is located almost in the center of this mountain range, is undoubtedly the Pania della Croce: the queen of the Apuan Alps.
With its 1,859 meters, it enjoys a 360 ° panorama from which you can see a large part of the plain of Lucca, the Garfagnana, the Mediavalle, and above all, the Tyrrhenian coast. On clear days you can even see Monviso, Corsica, and the Island of Elba (and with good binoculars you can even see Giotto’s bell tower in Florence). 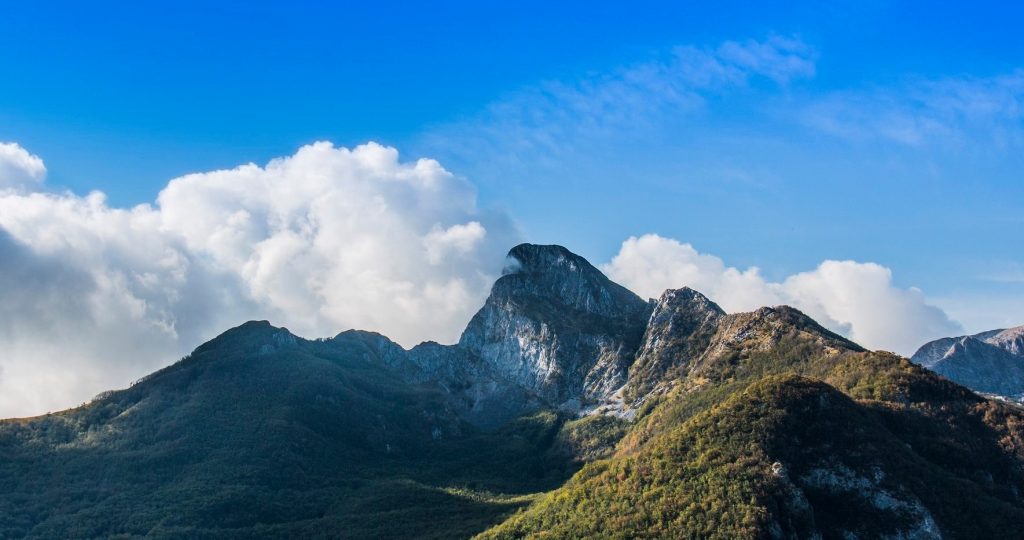 The massive group of Panie was one of the Apuan areas where I stopped most, above the village of Molazzana a fraction of Gallicano. Taking the path that starts from Piglionico you enter a beautiful beech forest, skirting the side of the Pania Secca until you reach the grassy slopes below the “Dead Man”. In Italian, L’Uomo Morto is a section of mountain found between the two Panie that resembles a face of a person lying down. The highest point being the “nose” at 1,677 meters, also known as Puntone di Mezzo al Prato.

The Legend of Puntone

The Pania della Croce is also part of local folklore which finds its greatest inspiration from the L’Uomo Morto with the nose being the distinctive feature of the Panie Group. It is said that many years ago, the Pania della Croce was not joined to the Pania Secca and between the two peaks there were vast meadows where the shepherds took their flocks to graze every summer.
Every day a shepherdess went there looking at the horizon, remembering her lost love, who left at sea in search of fortune and never returned.
A young shepherd confided his sincere and deep love for the shepherdess and tried to understand the reason for her sadness. The shepherdess told the story of her unfortunate love left at sea and why she could not reciprocate his affection. Then the young shepherd decided to climb to the top of the Pania della Croce to ask God directly to make the shepherdess forget her lost love.
A bold request, to which God did not immediately find a solution. But the boy was willing to do anything, to make any necessary sacrifice.
Finally, it was revealed that the only solution would be to prevent the shepherdess from seeing the sea, which reminded her of her lost love at every glance. However, this would have required an enormous sacrifice. So the young man let himself be guided by the hands of God lying on the ground and letting his face be transformed into that of a stone giant which would join the two Panie, hiding the view of the sea.
The young shepherd accepted his fate and from that day, his face was imprinted in the mountains and was remembered by all as “the dead man”.

Another fantastic spot in the Panie group is at the foot of Mount Rovaio, sitting on the “solitary bench”. Located not far from the former home of Fosco Maraini (Florence, 1912-2004) a fascinating character who was an ethnologist, anthropologist, orientalist, writer, traveler, photographer, and mountaineer.

He carried out expeditions and research in Tibet, in Tokyo, and taught Japanese language and literature at the University of Florence. But in the end, he always returned to his beloved Apuan Alps. It is really a shame not to have met him. I would have really liked to have a chat while eating a slice of chestnut cake in front of a warm fire.
In this place full of mystery, I sat on the lonely bench looking at these imposing mountains and I asked myself: “Who am I?” In the presence of so much natural beauty, you can’t help but wonder.
It is clear that we will never discover all of the wilderness here, just mere details will remain forever imprinted on me. But we can appreciate its landscapes, its history, and above all, its stories. In the end, that’s what I did here with the “Spirit of the Mountains”. I wanted to tell a story: my own very personal journey on a discovery of the Apuan Alps.

Watch this brief video filmed by the author during his time in the Apuan Alps.

Article and photos by Michael Gaddini