Inside Palazzo Medici Riccardi in Florence

There are many historic palaces in the city of Florence, for example, Palazzo Borgherini, Palazzo dei Cavalcanti and Palazzo Canacci. One of these buildings houses the Metropolitan Council of Florence, and it is close to the Duomo- Palazzo Medici Riccardi hosts art exhibitions and events. 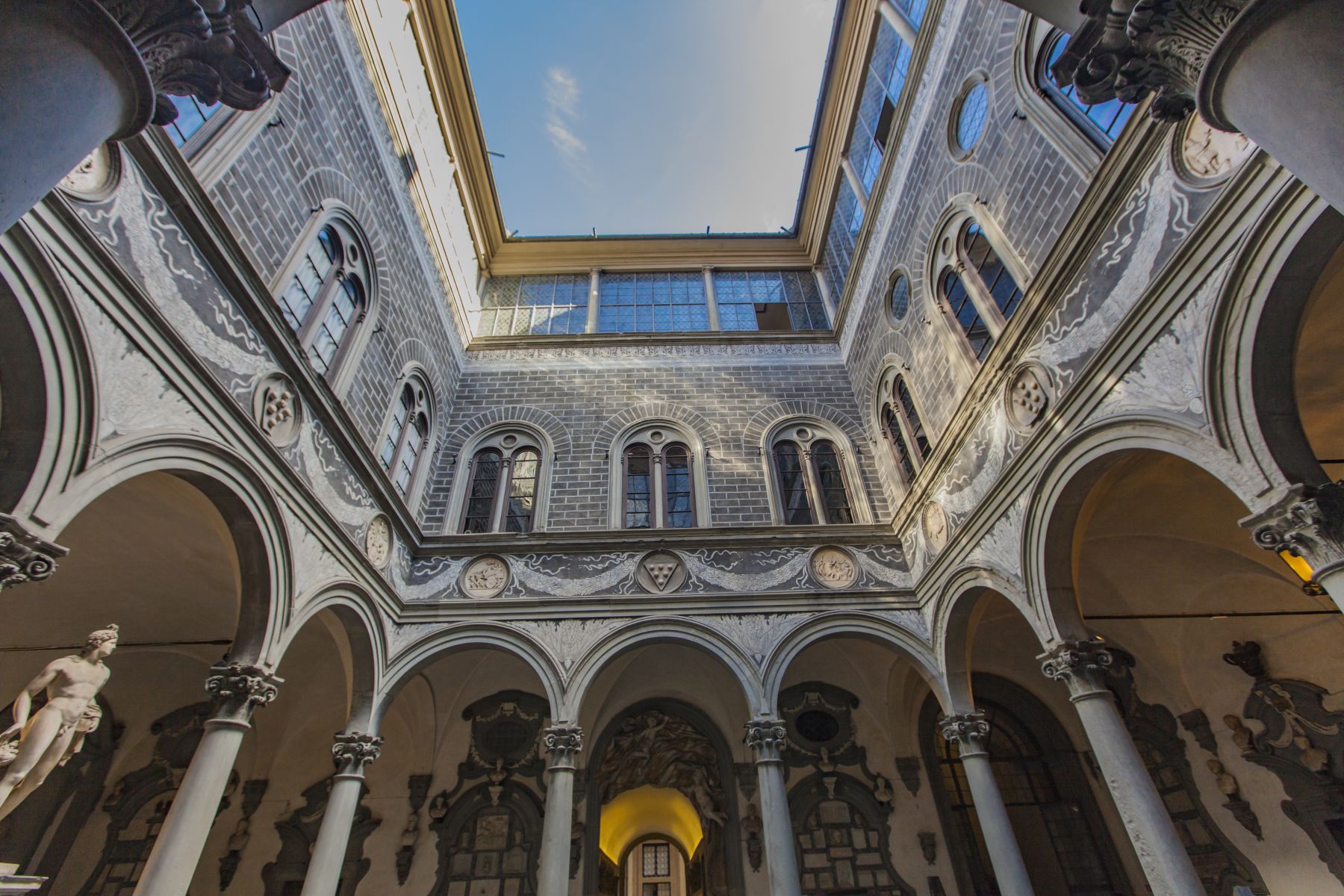 In the 15th century, Cosimo the Elder commissioned Filippo Brunelleschi to design a palace for the Medici family, but when he saw his project (originally intended for Piazza San Lorenzo), he rejected it and decided to commission Michelozzo instead. He understood his fellow citizens well and knew that a building that was too lavish would draw controversy. For this reason, he chose a more balanced project. The construction began in 1444 and ended in 1459. It was the first Renaissance palace in Florence, and Piero The Gouty, Lorenzo the Magnificent and Alessandro Duke of Penna all lived there.

In 1517, Michelangelo Buonarroti closed its loggia which was followed by other modifications up until the 18th century. The marquis Gabriello Riccardi bought the palace from Ferdinand II in 1670, and from 1688 the marquis Francesco commissioned Giovan Battista Foggini to build the monumental staircase, to modify the courtyard, and to enlarge the façade in via Larga (now via Cavour). In 1720, the palace was named Riccardi. It was purchased by the Grand Ducal Government in 1814 and it housed the Ministry of the Interior of the Kingdom of Italy.

The façade has one row of rectangular windows and two rows of windows bearing Medici and Riccardi coats of arms. Its expansion was carried out on the basis of Michelozzo’s model, and this is a rare example of a Renaissance perspective in the Baroque period. There is a courtyard with composite columns, built by Michelozzo, and on the Piano Nobile (first floor) it is possible to admire the Procession of the Magi, a fresco cycle made by Benozzo Gozzoli. The Our Lady of Palazzo Medici-Riccardi, by Filippo Lippi, and the Hall of Mirrors, by Luca Giordano, are also stunning.

There are two libraries inside the palace; the Ricardian Library and the Morenian Library. Palazzo Medici Riccardi can be reached by ATAF bus lines 14,23 and C1, or by taxi.

Post Views: 2,179
R. Pipino
Italian Fair in Bergamo: Fiera Creattiva
The Pyramids of Segonzano: a walk between giants of earth