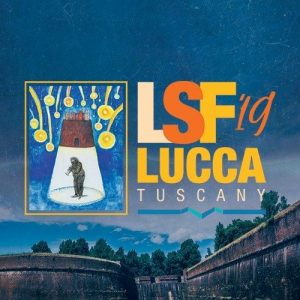 Plato said: “Music gives a soul to the universe, wings to the mind, flight to the imagination and life to everything.” If you feel the same way, then the Lucca Summer Festival 2019 is for you. If you’ve ever experienced the adrenaline rush of being in a mass of people all singing the same words, to the same beat, in unison, in the open air on a warm summer’s night, then you can relate. If you haven’t, then you should experience it. It’s like nothing else.

The already magical Tuscan city of Lucca becomes surreal during its annual summer concert series. This year marks the 22nd edition of the music festival that is internationally acclaimed and has brought not only the greatest Italian artists but also international legends like the Rolling Stones and Elton John. 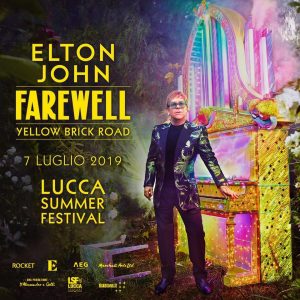 Speaking of whom, one of the greatest pop stars of all time, Sir Elton John, has chosen Lucca as one of his 300 final shows. The Farewell Yellow Brick Road Tour has already begun and will visit five continents before its end. 38 gold records, 31 platinum and multi-platinum, over 50 top-40 hits, and a career that has spanned 50 years: there really is no other like Elton John. Some say it will be the greatest concert you ever see in your lifetime.

Another farewell concert will be of the great Ennio Morricone, the “maestro”: the greatest living composer. His accolades include The Good, the Bad, and the Ugly and Cinema Paradiso to name just two of hundreds of original works he has composed over his lifetime. He has chosen just three venues for his final, live performances and Lucca has the honor of being one.

Tickets are available directly on the official website with each concert offering various options for seating. As of today, tickets are still available for Elton John, but a sold-out show is expected.