Pienza in Tuscany’s Val d’Orcia: the “Ideal City” in Any Season

Pienza is located in the center of the Val d’Orcia in the province of Siena. This incredibly beautiful valley is one of the most photographed landscapes in the entire world.

Pienza is often defined as the “ideal city” or the “utopian city”, as it represents one of the construction methods through which, in the Renaissance, an attempt was made to create an “ideal” model of life and government on earth, developing an idea of ​​a city that was able to give concrete answers to the human desire for peaceful and industrious civil coexistence. 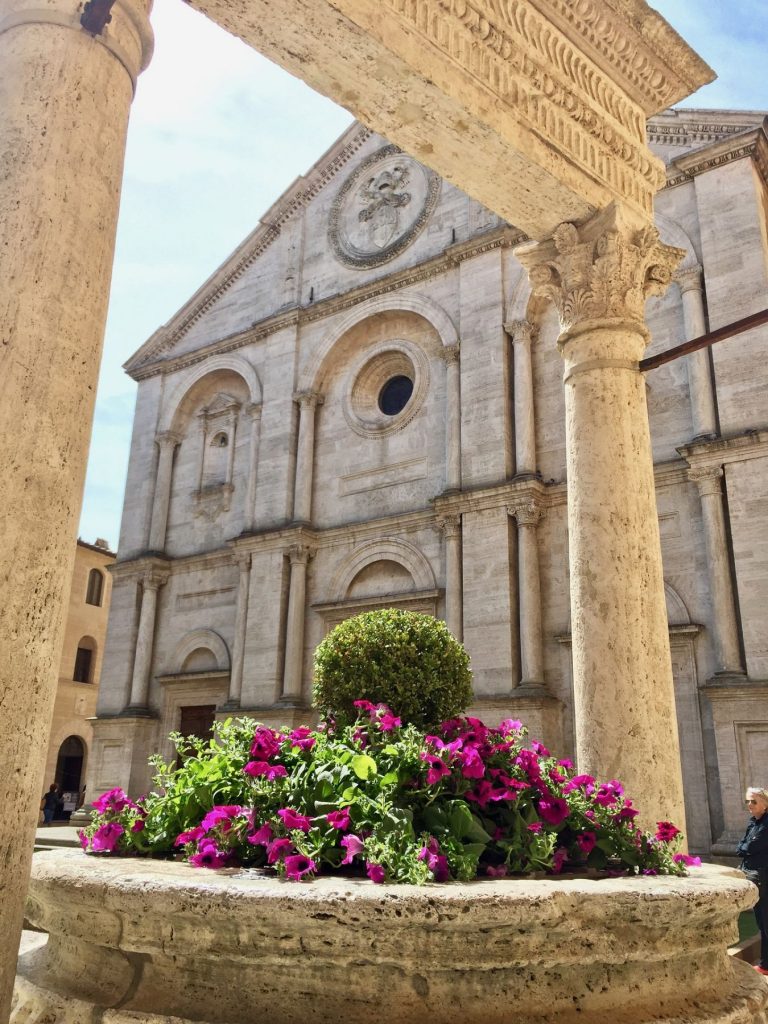 Today Pienza is part of a territorial system called the Artistic, Natural and Cultural Park of the Val d’Orcia, which aims to preserve the extraordinary artistic heritage of the five municipalities that are part of it: Castiglion d’Orcia, Montalcino, Pienza, Radicofani and San Quirico d’Orcia.

Pienza is very small compared to other art cities which makes it intimate and easy to visit. The historic center is straight out of a fairytale starting with its central square, Piazza Pio II. Here, you will find the famous “Pozzo dei cani” well and all the historic buildings built in travertine.

The Duomo, or the Cathedral of the Assumption, was built in the fifteenth century and is considered one of the most important Renaissance monuments in all of Italy.

Just on its right is another well-known palace, that of Piccolomini. The Palace was the summer residence of Pope Pius II (Enea Silvio Piccolomini). Today the Palace houses a museum and various rooms and the former Pope’s library. But perhaps the most fascinating thing about the Palace is the view from the garden overlooking the entire Val d’Orcia – absolutely breathtaking!

Also located in Piazza Pio is the Town Hall (Palazzo Comunale) which dates back to the mid-fifteenth century and houses a loggia and a fantastic fresco of the Sienese School. When everything is concentrated in one square, it makes the visit very pleasant and less tiring, right? This is the case of Pienza because the last monument to be seen is also in Piazza Pio and it is Palazzo Borgia which today is the Diocesan Museum. Here you will find precious works not only from Pienza but from the whole area such as the fourteenth-century Madonna with child by Pietro Lorenzetti and many others.

Just outside the historic center, make the small effort it takes to walk to the Pieve di Corsignano which dates back to the seventh century! Pope Pius II was baptized right here in the same baptismal font that can be observed today. 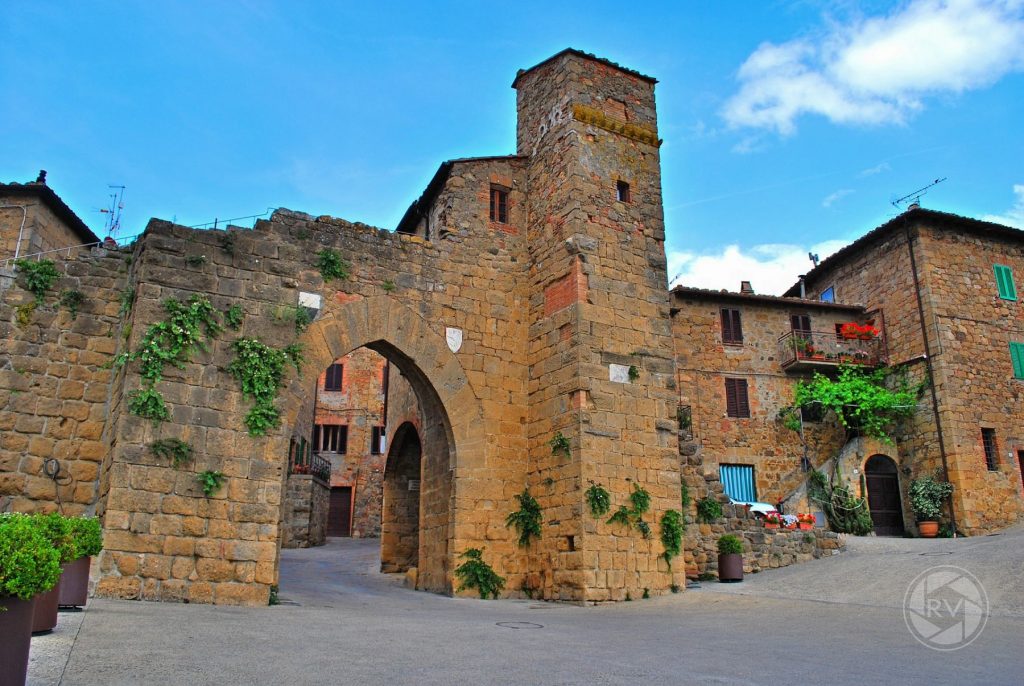 Assuming that you will have your own car, we recommend wandering the hills in the municipality of Pienza and visiting the tiny village of Monticchiello. The walls date back to 1200 when it was part of the Republic of Siena. In 1559, it fell under the power of the Medici until it was taken over by the municipality of Pienza in 1777. Every August the small village comes alive with the theatrical festival “Teatro Povero”.

The Chapel of Madonna di Vitaleta

Another stop not to be missed is one of the most photographed chapels in the world: the Chapel of the Madonna di Vitaleta. Located in the municipality of San Quirico d’Orcia, the chapel’s history begins in 1553 when a statue of the Madonna (attributed to Andrea della Robbia) was placed inside. Today the statue is kept in the Church of the Madonna di Vitaleta in the center of San Quirico d’Orcia. This magical place continues to attract thousands of visitors including pilgrims and tourists every year.

What to Eat in Pienza 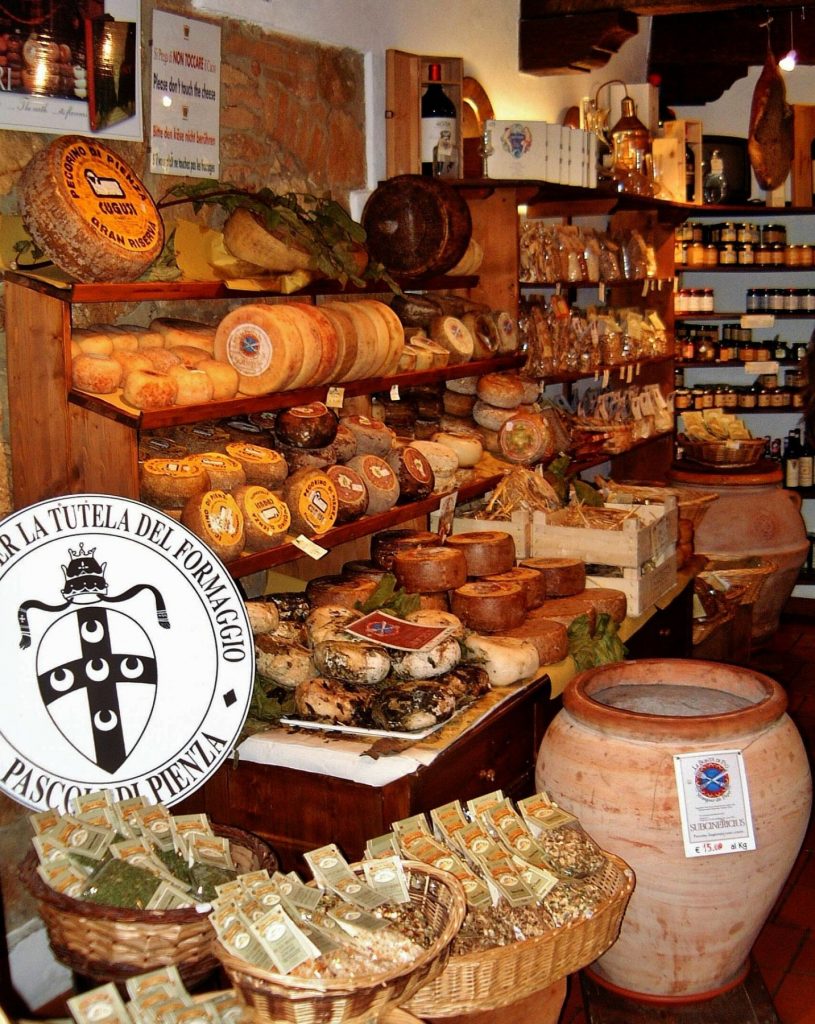 Pienza has deep culinary roots, especially when it comes to cheese. Among one of the most loved pecorino in the world, is the famous Pecorino di Pienza (called “Cacio”). Try the first-course pasta dish known as pici topped with nana (goose ragù sauce). For your main course, try the tender Cinta senese and Chianina beef. The wines from this area are among the best in the world and include names such as Brunello di Montalcino, Rosso di Montalcino and Orcia DOC. Every year the Orcia Wine Consortium hosts the famous Orcia Wine Festival.