The Hilltop Village of Montecarlo in the Lucca Province

Just 25 km east of Lucca lies the quaint hilltop village of Montecarlo. You may not have heard of it until now, but it became quite well-known in the year 1333. Its rich history, famous wine, and beautiful surrounding landscape make it a must-visit if you are meandering through Tuscany in search of yet another borgo. Then again, why wouldn’t you be? 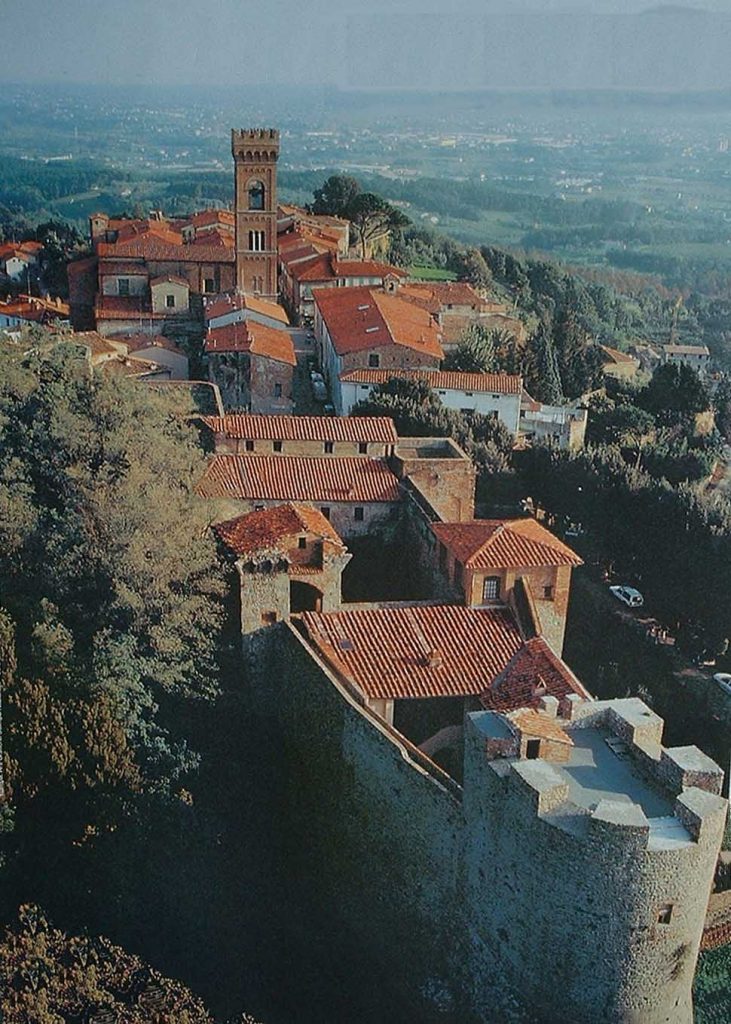 A settlement and fortress already existed in this strategic position between the then territories of Lucca, Pisa, and Florence in the 1200s. It was King John of Bohemia and his son Charles IV (who would later become Emperor) who helped the villagers in the area fight their battle against the Florentines. In honor of Charles, the new town erected was named Mons Karoli, later becoming Montecarlo. The large fortress was built with additions being made in the 16th century by Cosimo I dei Medici. It is now privately owned.

What to See in Montecarlo

The walled, historic center is very tiny and concentrated making it the perfect town to see if you just have a couple of hours and want to get away from the more touristy areas of Tuscany. You can sip a glass of wine (Colline Lucchesi and Montecarlo DOC), taste the Lucca DOP olive oil on some crusty Tuscan bread, or maybe, a delicious artisan gelato on the main via. Pick up a handpainted, ceramic souvenir as well. 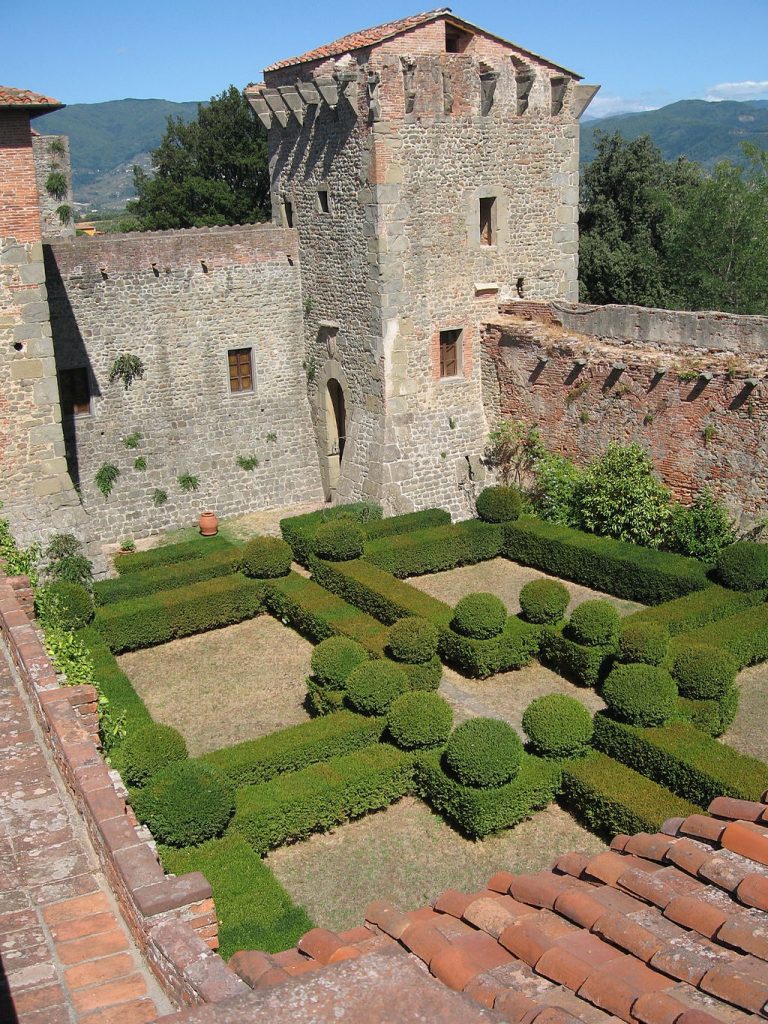 The fortress officially called the Rocca del Cerruglio, is well worth the visit but does require a ticket. Its gardens are also lovely and well-kept.

As in any Italian village, churches abound and Montecarlo is no exception. The main church of the Chiesa Collegiata di Sant’Andrea dates to 1333 as well. The town’s patron saint, the Madonna del Soccorso, or Mary of the Rescue, is depicted in the fresco inside the chapel and references the legend that tells of the Virgin Mary appearing in the fortress during the battle against Pisa.

Interestingly, the church’s belltower was intentionally constructed to be lower in height so as not to provide a view into the fortress revealing their defensive secrets.

Piazza Carrara holds the Monumento ai Caduti, or the monument to the fallen of Montecarlo in both World War I and II. There is also a lovely panoramic view here with a terracotta map.

Don’t Miss in the Immediate Area

We are about to reveal a secret to you that many native Tuscans don’t even know about: an absolutely magical place just a couple of kilometers from the historic center of Montecarlo. You’ll have to be willing to either walk or drive down a windy, unpaved road but the reward is well worth it. 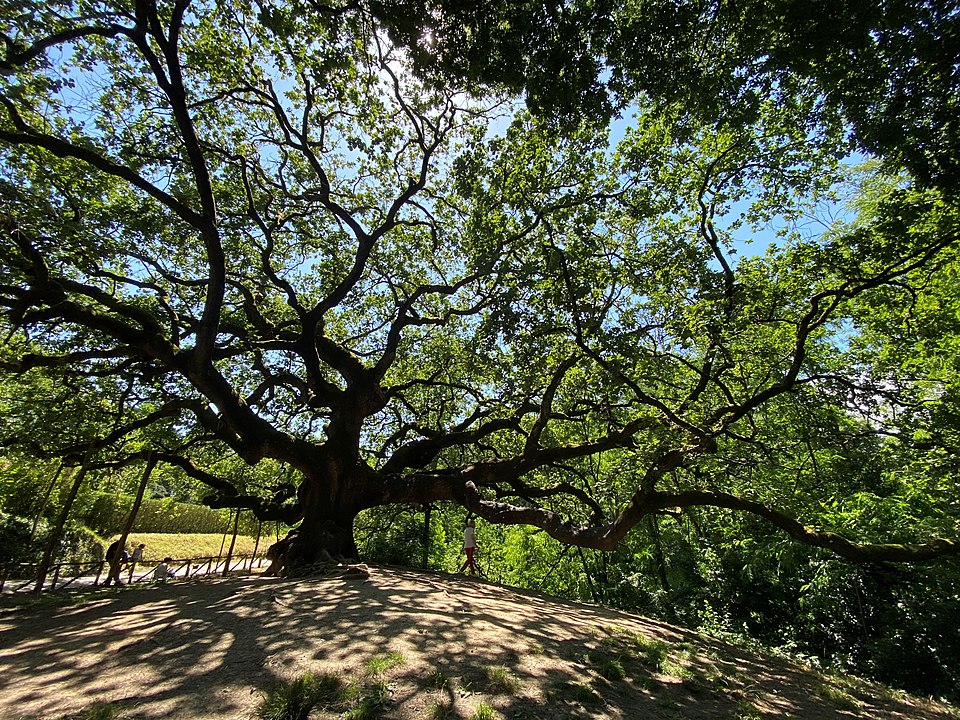 Surrounded by the feeble protection of nothing more than a wooden fence lies the magnificent Quercia delle Streghe, or the Oak of the Witches. This is not just any oak tree, but instead has been growing in this spot for over 600 years. Its limbs stretch out an astounding 40 meters and some have been lovingly propped up for support in its old age. Its massive trunk is 4 meters in diameter and although it’s difficult to see, its crown reaches somewhere around 20 meters into the Tuscan sky. This is the kind of tree you wish could speak and tell you all of the secrets it’s seen as its leaves rustled in the soft winds for the past six centuries. (If you love giant trees, check out this article as well).

The next spot is the Pieve di San Piero in Campo, a Romanesque church that originally dated to the 9th century, but what is mostly the result of the reconstruction from the 12th century on. It is only open by appointment (we found this link and contact information).

You will need a car to reach Montecarlo and there are numerous agriturismo/farmhouses in the immediate area should you choose to stay overnight.