Visiting Bolgheri Along Tuscany’s Etruscan Coast: Wine and Beyond

Just when you thought that you had discovered (or at least read about) almost all of Tuscany’s beautiful villages, you find out there’s more. Bolgheri is situated just a short distance from the coast, has amazing wine, and getting there will put you on one of the most beautiful roads in the entire world. It’s not an exaggeration; Bolgheri’s Viale dei Cipressi has actually ranked in the top five scenic drives time and time again in various international travel magazines.

Just Inland from the Etruscan Coast

Located less than 10 km inland from the famed Etruscan coast between Bibbona and Castagneto Carducci, Bolgheri makes an easy half-day trip from just about anywhere in the Pisa province. Parking is tricky so it’s best to park outside of the village walls if you can find a spot. You can also book a private tour that includes transportation if you prefer. Many choose to cycle here and enjoy the scenery along the avenue as well. 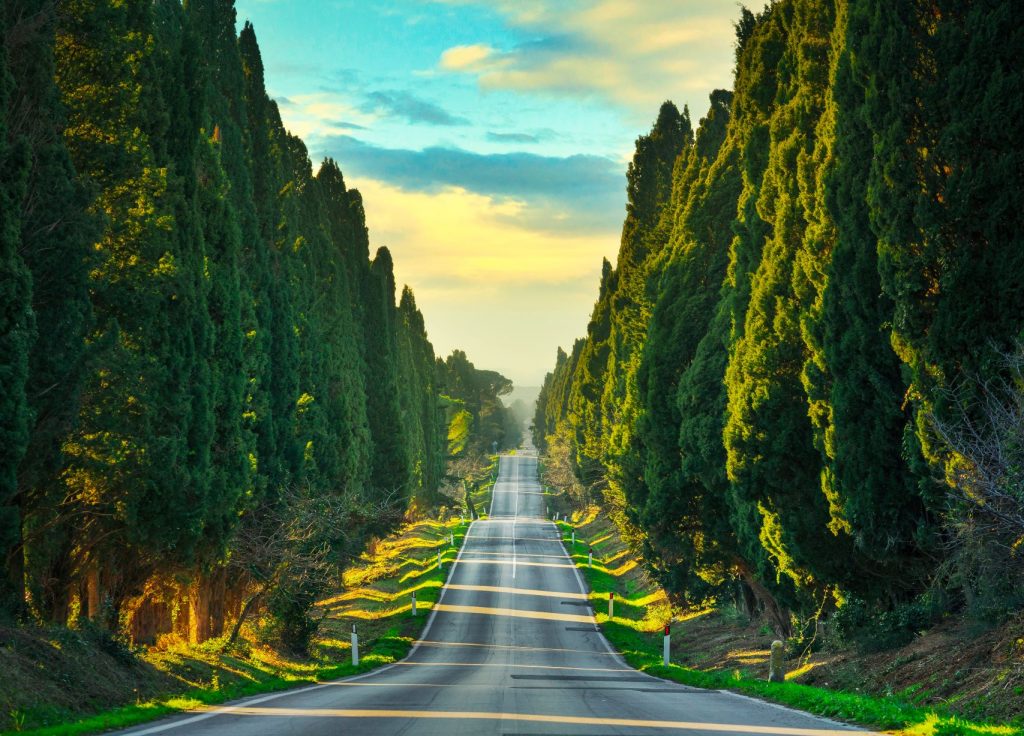 So, back to the drive! Getting there is half the fun. The almost 5 km drive is straight out of a movie scene. The Viale dei Cipressi is a lovely, straight road flanked by more than 2,500, two-hundred-year-old cypress trees on either side. It is so stunning that it even inspired Italian poet Giosuè Carducci to write his famous poem entitled “Davanti a San Guido” (named after the hexagonal Oratory of San Guido that is found at the beginning of the viale). Carducci was the first Italian author to receive the Nobel Prize for Literature in 1906.

If you’re into photography, then you’ll want to plan to be in position just before sunset or even just after sunrise which is considered the “golden hour” for capturing the best shots.

You’ll notice the vineyards on either side and the various wineries for which Bolgheri is so famous. Not only is Bolgheri the birthplace of the so-called “Super Tuscans”, but it also boasts three wines that are protected under the DOC label: Bolgheri Rosso DOC, Bolgheri Superiore DOC, and Bolgheri Sassicaia DOC. Guidalberto della Gherardesca is credited with making the greatest contribution to Bolgheri’s wine cultivation and is actually the man who was responsible for planting the cypress trees in the early 1800s.

Of course, many of the wineries are open for tasting and tours and as of 2021, the first-ever edition of Bolgheri Divino was held in early September. An extravagant table was set on the viale itself that stretched an entire kilometer in length where an authentic Tuscan menu was served along with over 3,500 glasses of Bolgheri DOC wines. The pro loco association also hosts numerous events in the town itself throughout the year, especially in the summer months.

The Della Gherardesca family has a long history with Bolgheri and to this day, its family crest still adorns the castle at the village’s entrance. Originally dating to the 13th century, the tower was rebuilt in the late 1800s. Other sights within the walled village are the church of Saint Giacomo and Cristoforo as well as that of St. Anthony. 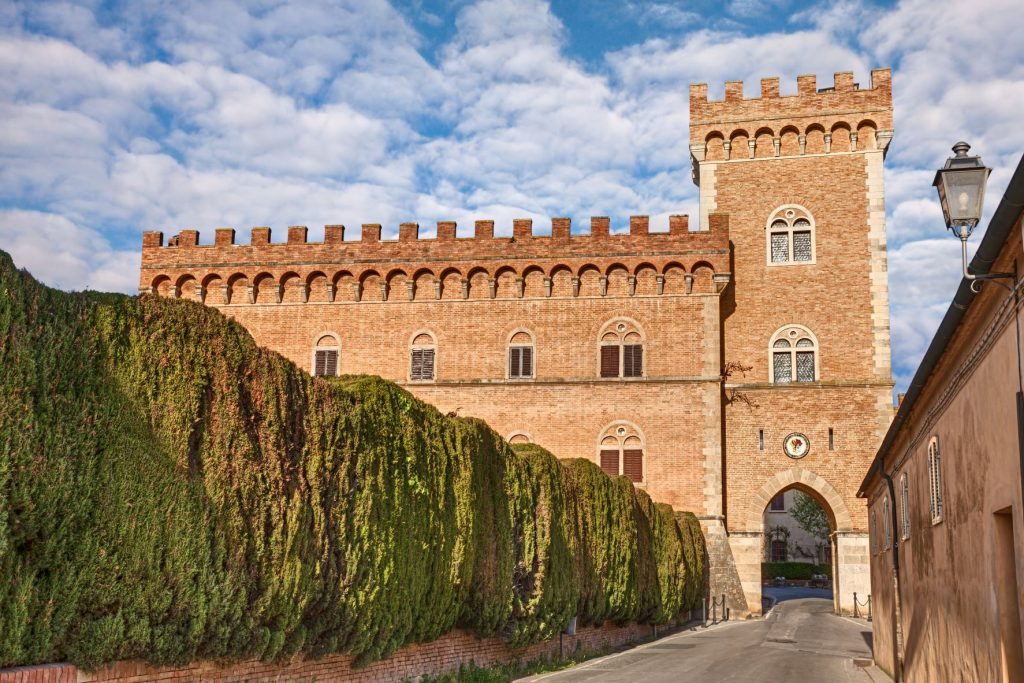 For such a small area, you’ll be pleasantly surprised by how many restaurants there are! If you are a sucker for authentic, handmade souvenirs, then make sure and pick up a few knick-knacks at any of Bolgheri’s many artisan shops. One of the most impressive is that of master terracotta sculptor Gabriele Fantozzi who has been depicting three-dimensional Tuscan landscapes and realistic-looking portraits out of his shop since 1991.