Visiting the Tuscan City of Prato Near Florence

If when you think of the city of Prato, the first thought that comes to mind is textiles, you are not alone. That’s what I assumed as well. But Prato is so much more. From its world-famous cookies to its history, to being the birthplace of famous people like Roberto Benigni, Prato truly has it all. Let’s find out more! 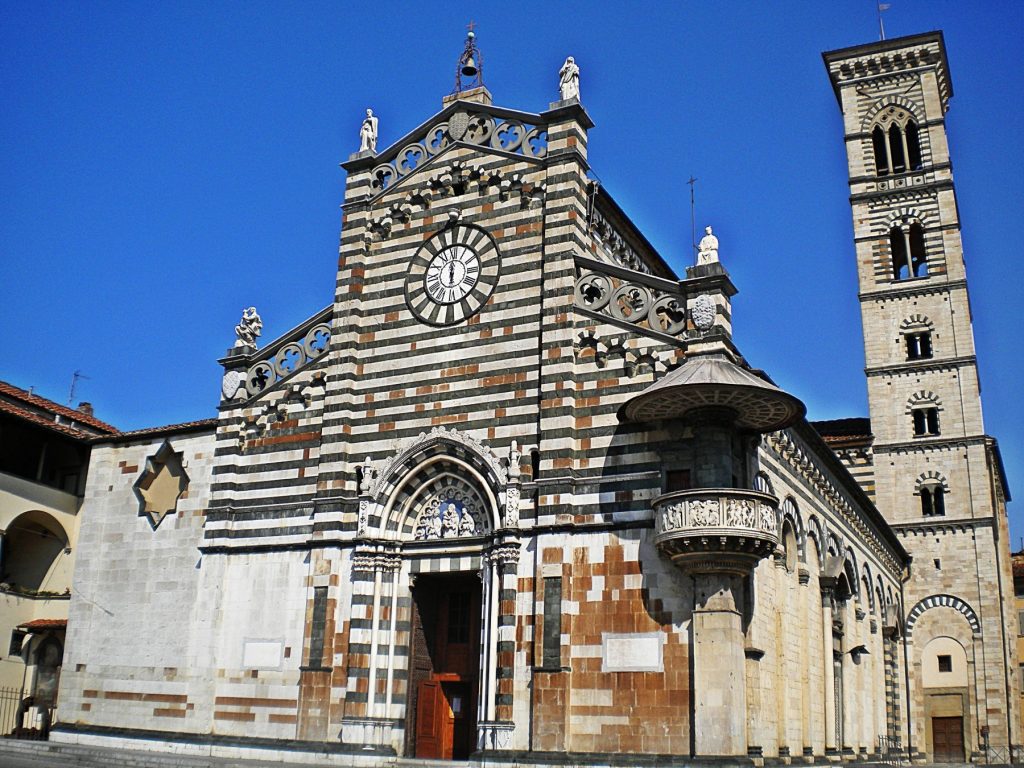 Located just 17 kilometers northwest of Florence, it is the second-largest city in Tuscany. Like almost any other Italian city, Prato has an incredibly rich history which, in modern times, dates back to the Etruscans and later, the Roman Via Cassius passed through this area. Beginning in the 10th century, Prato was divided into two distinct cities known as Borgo al Cornio and Castrum Prati. By 1653, it had become the seat of the Catholic Diocese. It reached the height of its cultural and intellectual glory in the 18th century with prominent figures like Filippo Mazzei. A friend of Thomas Jefferson, he is credited with the phrase in the American Constitution of “all men are created equal”. In the 19th century, after the unification of Italy, Prato became a major industrial hub and its population exploded.

Prato’s historic center is stunning and merits a lengthy visit if you have the time. Let’s begin with the Duomo. It’s not a large cathedral, but it does date back to the 10th century and contains numerous significant pieces of art: Andrea della Robbia’s sculpted relief doorway; Donatello’s pulpit and frescoes by Paolo Uccello, Filippo Lippi, and Agnolo Gaddi.

Santa Maria delle Carceri is another must-see. Legend has it that a series of apparitions of the Virgin Mary inspired its construction in the late 1400s. It is still considered one of the earliest examples of the Greek-cross layout in Renaissance architecture. Its contributing artists include greats like Ghirlandaio and della Robbia.

Prato’s castle, known by the names of the Emperor’s Castle, the Santa Barbara Fortress, or the Swabian Castle, is located in Piazza delle Carceri. It was constructed between the years of 1237 and 1248 for the King of Sicily, Holy Roman Emperor Frederick II. The square layout is adorned with Ghibelline ramparts and towers. Under normal circumstances, it is open to the public daily. 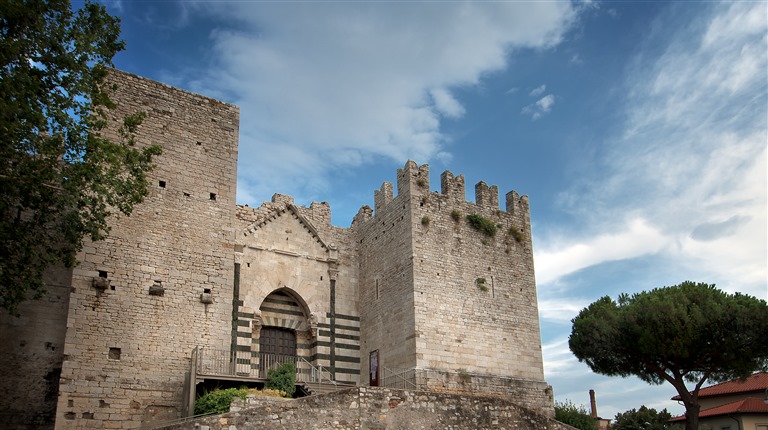 Not far from the Duomo, is Palazzo Pretorio. It once served as a prison, then as the seat of the municipal courts. After numerous renovations, it now houses the Civic Museum. Only recently reopened (2013), it is an amazing display that pays homage to Prato’s textile past and includes works from artists like Donatello, Filippino Lippi, and many others.

The Center for Contemporary Art Luigi Pecci is a massive modern structure dedicated to contemporary art, visual arts, and education. In addition to being a museum, it also has an outdoor amphitheater as well as a sculpture garden.

Another priority is visiting the Prato Textile Museum which is part of the European Route of Industrial Heritage meaning it is one of the most important industrial heritage sites in all of Europe. Prato’s contribution to textiles began in the 12th century eventually becoming a model in the entire industry by the 1980s. It holds a massive collection of textiles dating back to the 13th century as well as machinery and fashion plates. 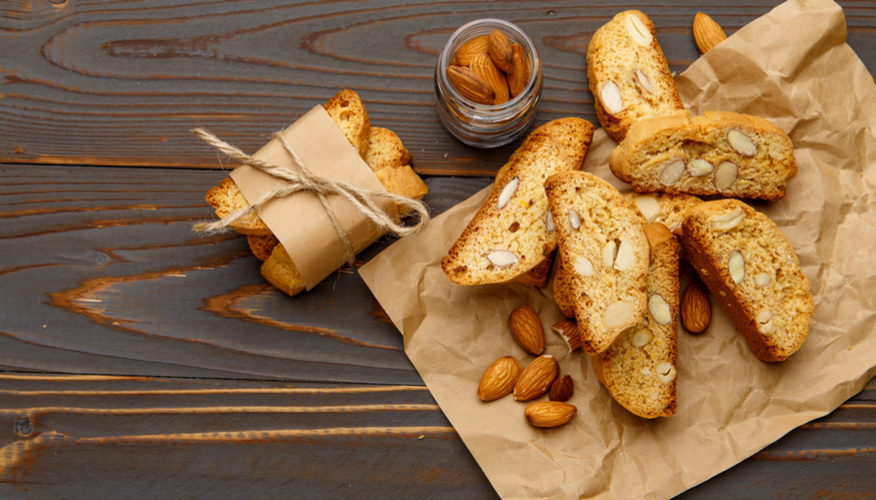 Experiencing Prato most definitely includes enjoying its typical products. Let’s start with its most famous- Biscotti di Prato. The recipe probably dates back further, but these cookies were officially first produced by the Antonio Mattei cookie company in 1858. The company is still going strong so be sure to try these crunchy delicacies dipped in a glass of vin santo. Prato is also famous for its Mortadella di Prato cold cuts. Another classic is the farinata di cavolo nero which is a delicious porridge made of polenta and Tuscan kale. Prato’s wines, Carmignano wine, were actually the first to be labeled DOC.