Famous American author Gore Vidal once said, “Twenty-five years ago I was asked by an American magazine what was the most beautiful place that I had ever seen in all my travels and I said the view from the belvedere of the Villa Cimbrone on a bright winter’s day when the sky and the sea were each so vividly blue that it was not possible to tell one from the other.” 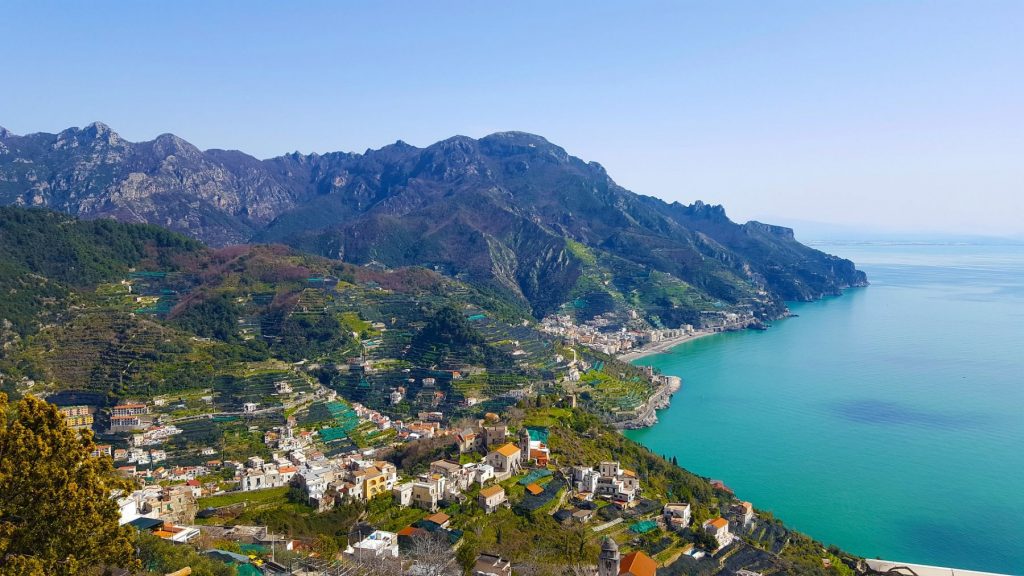 Ravello, on the Amalfi Coast, has in fact, been attracting illustrious guests and longtime residents for centuries. Its beauty has inspired writers such as Giovanni Boccaccio (The Decameron), D.H. Lawrence (Lady Chatterley’s Lover), E.M. Forster (A Room With a View), and numerous others as well as artists like M.C. Escher and actors from Greta Garbo to Humphrey Bogart.

No one would disagree that Villa Cimbrone in Ravello is one of the most exquisite spots on the entire Amalfi Coast (and that is no small feat considering the level of beauty here). It is actually a luxury villa/hotel with fabulous gardens originally dating to the 11th century. The villa is a favorite spot for weddings and receptions of both celebrity couples and of those who simply want to wed in one of the most memorable spots on earth. It was renovated in the 20th century by Lord Grimthorpe, a British nobleman.

Its belvedere is appropriately named the Terrazza dell’Infinito for the breathtaking view high above the coast overlooking the Mediterranean Sea. At 365 meters (1,200 ft.) above sea level, the terrace is suspended over the penetrating blue sea and is an experience unlike any other. For some, the iron fence will not be quite enough to separate them from the freefall below and even the marble busts poised along the edge will make their hands clammy. 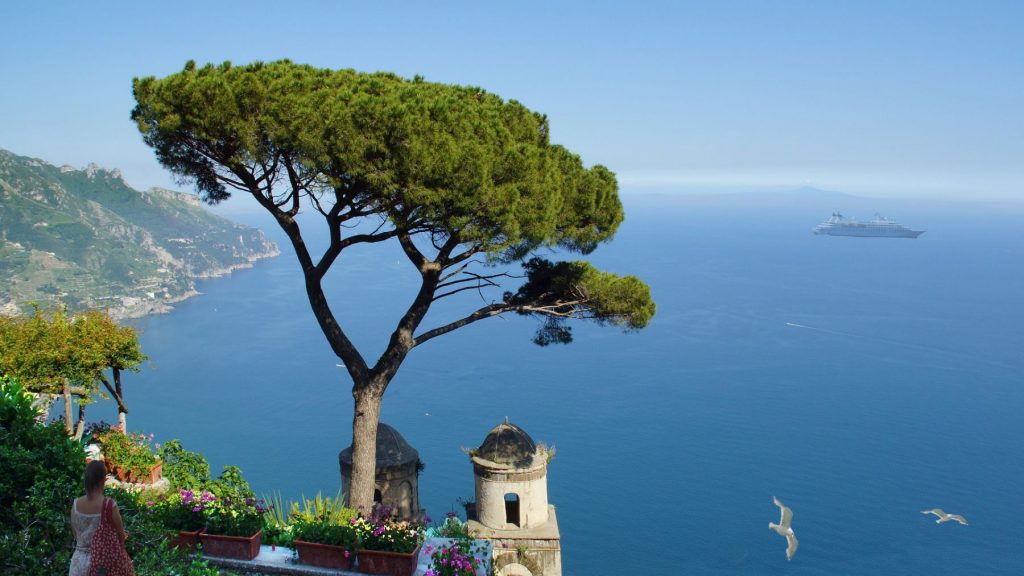 Grimthorpe decorated the buildings in the gardens in a variety of styles from Moorish to Gothic to Venetian. The cloister boasts fantastic terracotta tiles including one by Luca della Robbia. He modeled the crypt after a Cistercian monastery near his birthplace in England which is now a favorite location for receptions of all kinds.

Wisterias bloom in the summer months along the main walkway of Viale dell’Immenso. Various statues representing classical figures also adorn the grounds as well as pavilions. The rose garden is also lovely.

Fortunately, regardless of whether you are staying at the hotel, Villa Cimbrone’s gardens are open to the general public. For more information, visit the official website. 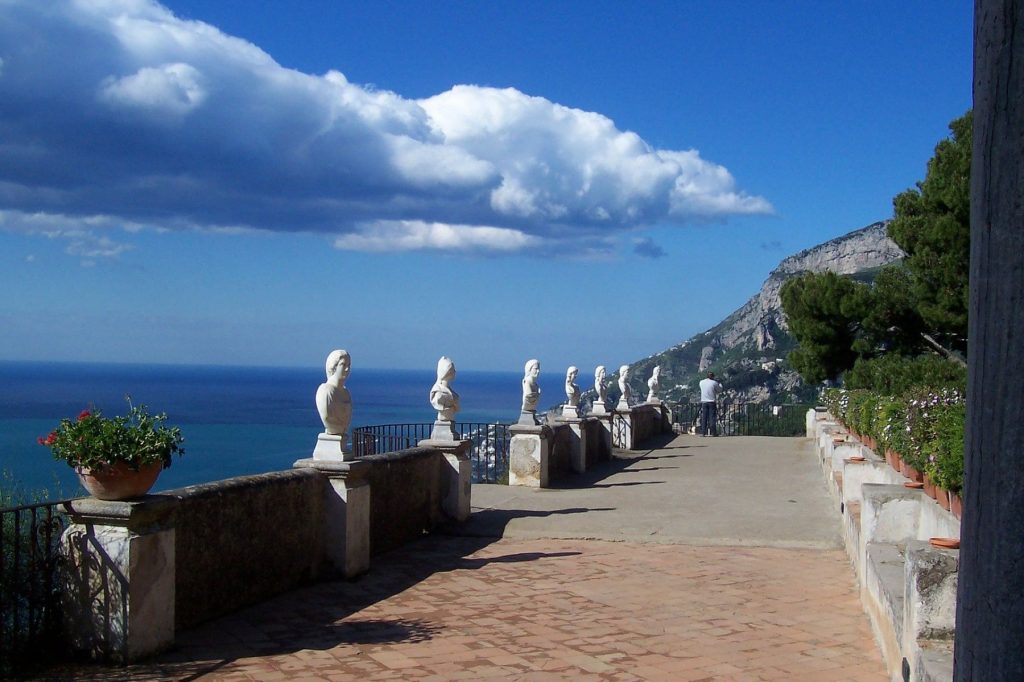 Post Views: 549
Redattore
Enchanting Sardinia: the Jewels of the Gulf of Orosei
Valloria: the Italian Village Famous for its Painted Doors