The Village of Bard and its Fortress in Aosta Valley

The Aosta Valley is the smallest region of Italy which borders France and Switzerland. Being that it is the gateway to the Alps, it is, of course, famous for skiing and winter sports and an outdoor paradise during any season. The tiny region has multiple castles and quaint villages to explore, but today, the spotlight is on one of the “Most Beautiful Villages in Italy”– Bard. 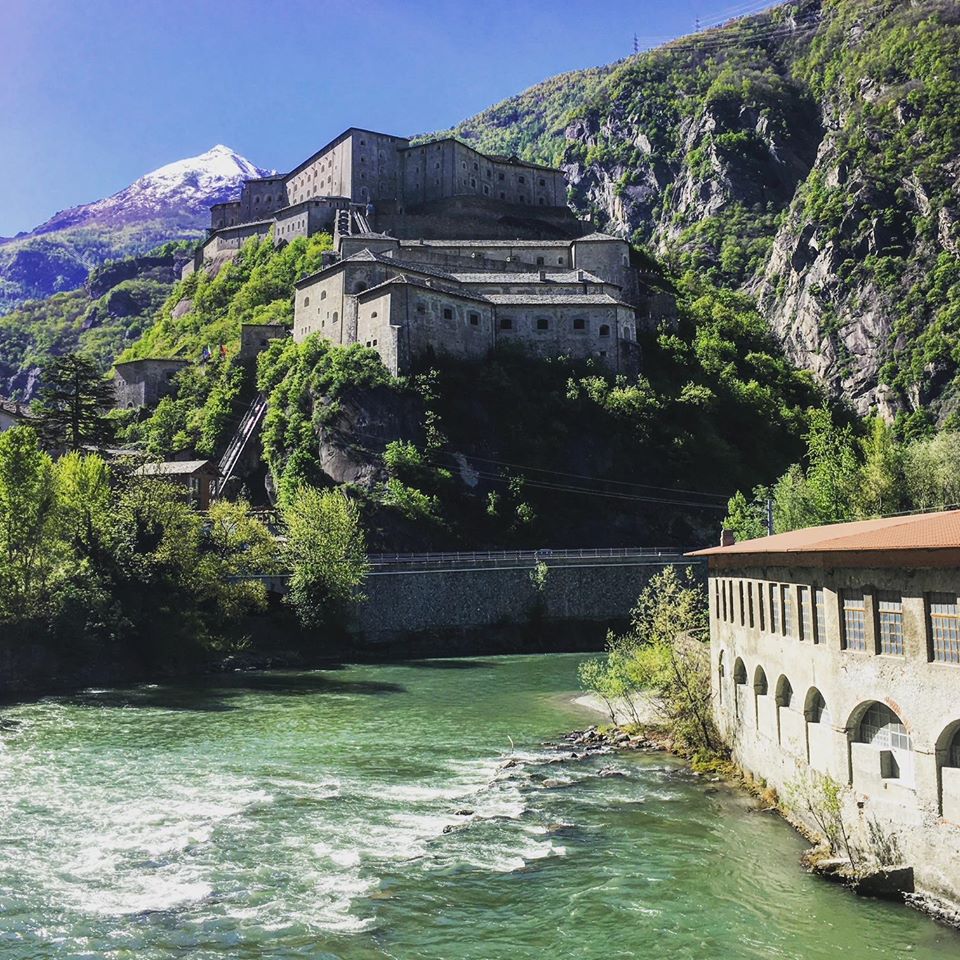 Bard is the smallest province within the smallest region of Italy! With less than 150 residents, this alpine village situated along the Dora Baltea river is beyond picturesque. Evidence shows that it has been inhabited since Neolithic times and later became an important point along the Celtic Gaul- Roman route. It is also along the Via Francigena pilgrimage route.

In fact, like so much of Italy, traces of the Romans can be found everywhere. The Roman water drainage system that runs under the village is still in use today. Most of the buildings date to the 15th and 16th centuries and were built upon existing Roman walls. It is a known fact that Bard was the gateway in and out of the Aosta Valley and became very rich as goods were heavily taxed en route.

The beauty of Bard can be enjoyed in any season and the city is working hard to promote tourism not just in the winter and summer but throughout the entire year. For such a tiny town, there is a lot to see! Some of the major monuments are: 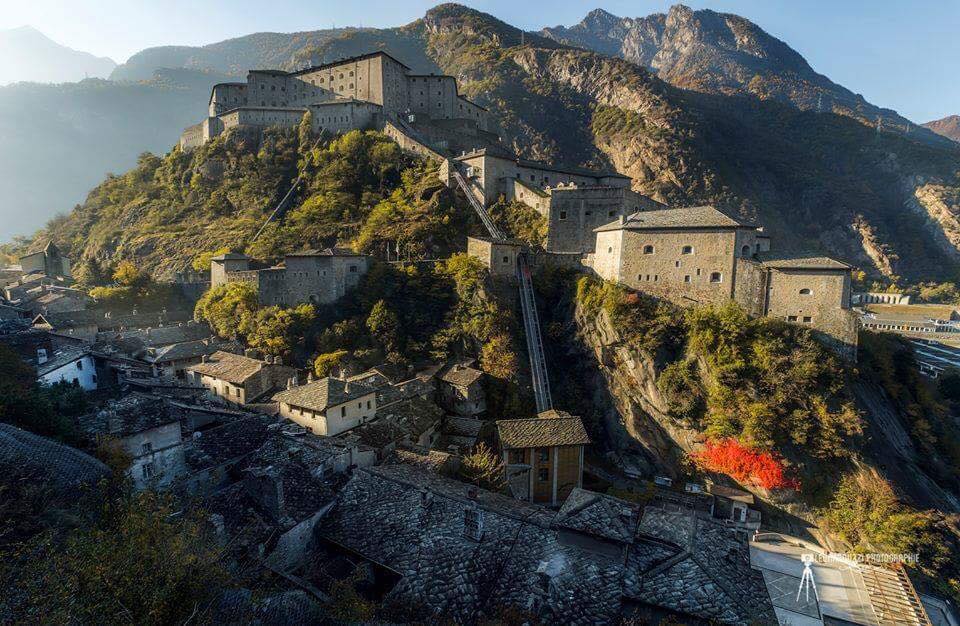 This imposing fortress constructed on a rock spur above the village has served as a strategic defense post for centuries. It is almost certain that there was some type of fortification here in pre-Roman times and many believe that an Ostrogoth king had a fortress here as early as the 6th century. No one can negate the records showing that Viscount Aosta Boso had a defensive settlement here in 1034. The fortress came under the Savoys in the 13th century.

Napoleon and the Siege of Bard

However, Fort Bard is best known for the second Napoleonic campaign of Italy in 1800 known as the “Siege of Bard”. An army of 40,000 strong descended into Aosta Valley via the Great Saint Bernard Pass. The French troops sacked the village of Bard but the Austrian-Piedmont forces defended Fort Bard valiantly until finally having to accept defeat. Napoleon was stunned by the resistance and ordered the vilain castle de Bard (the evil castle of Bard) to be demolished.

Carlo Felice, the King of Sardinia, ordered its reconstruction between the years of 1830 and 1838 and it was then that it was divided into three distinct structures. With 283 rooms, the fortress could hold over 400 men, 50 cannons, and three months’ worth of supplies.

Today the fortress serves as a cultural gateway between Italy and the rest of Europe and visitors can easily spend an entire day or more here. The massive fortress has office space, restaurants and bars, businesses, a hotel, a prison, and museums with world-class exhibitions. It goes without saying that it is an absolute must-see!

Tip: Don’t miss the glass elevator that takes you from the village of Bard to the Museum of the Alps inside the fortress. Spectacular views! 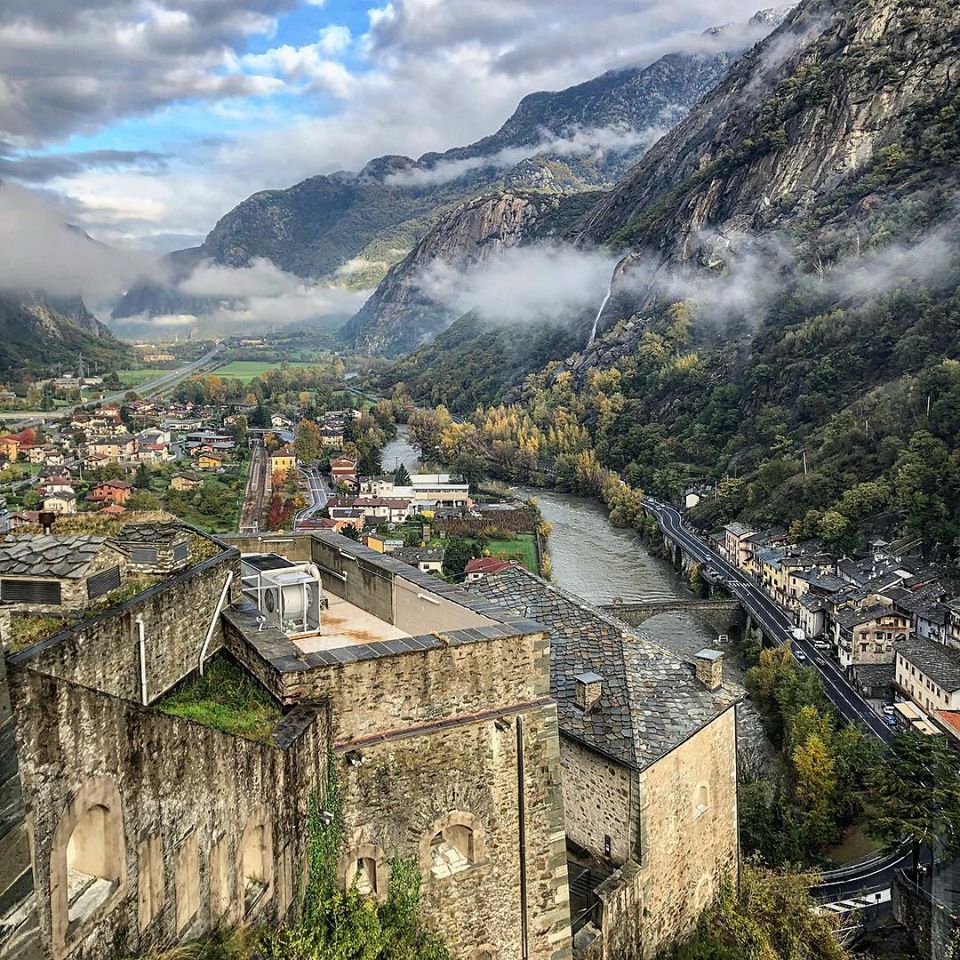 As you stroll through the narrow streets of Bard window shopping and appreciating the fine Alpine craftsmanship, you’ll want to explore both its cuisine and its culture.

The most famous food to come out of this area is by far Fontina cheese: the pride and joy of Aosta. Try it served as fondue on crusty bread. Another classic is polenta concia which is cornmeal porridge baked with Fontina cheese and butter. Game meats are often stewed and served alongside polenta. Coffee is unique here in that it is served with grappa (and sometimes other liqueurs) and infused with lemon and orange peel. It is traditionally served in a coppa dell’amicizia which is a sort of shared pot. Vineyards have been cultivated here for centuries and include Donnas reds DOC.

Over half of the population of Aosta Valley can speak three languages: French, Italian, and Valdôtain (a dialect). The hit film Avengers: Age of Ultron was filmed in Bard. Mont Blanc (the highest peak in Italy at 4,810 m), Monte Rosa, Gran Paradiso, and the Matterhorn mountain peaks are all located in Aosta Valley.

Read about more beautiful destinations in the Aosta Valley!

Post Views: 1,137
Redattore
The Village of Gerace in Calabria: the “Florence of the South”
A Lesser Known Museum in Florence: Stibbert Museum