Experience the Village of Capestrano in Abruzzo

In Abruzzo’s L’Aquila province and at the gates of Italy’s largest national park, Gran Sasso, lies the village of Capestrano. This tiny hamlet offers visitors a unique insight into Abruzzo’s rich history, culture, and exquisite natural beauty. This is the type of place that not all tourists manage to visit but when they do, the experience is like no other.

At under 1,000 residents, Capestrano is less than an hour by car from the regional capital of L’Aquila. Its history can be dated to the ancient Picene people who inhabited this area in the 6th century BC. 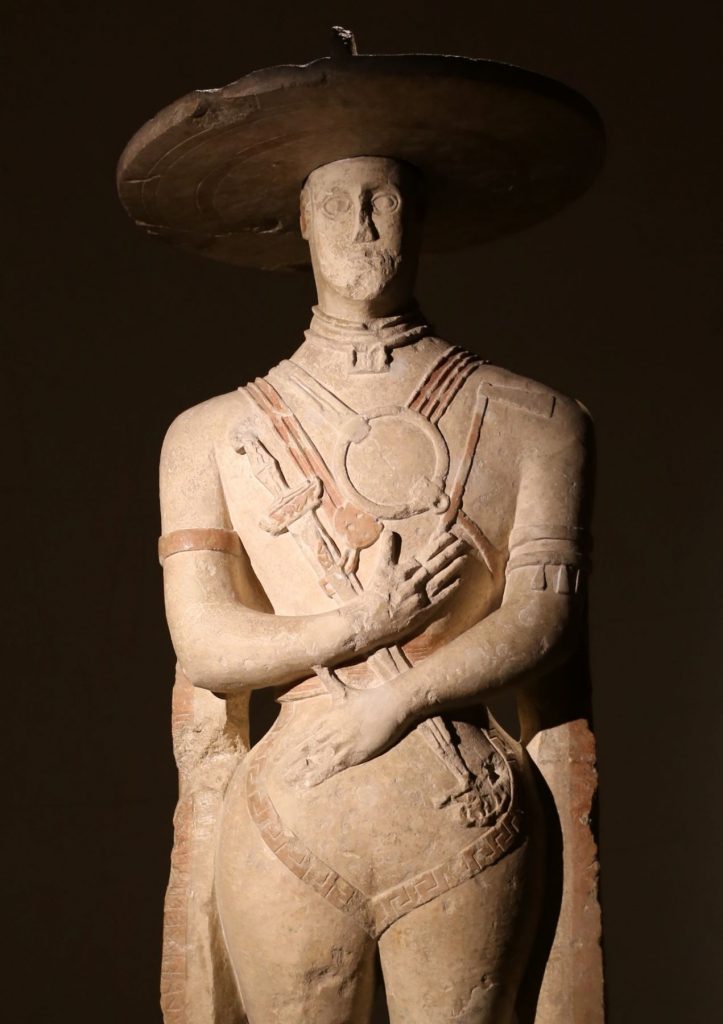 They left behind one of the most famous statues in all of Italy right here in Capestrano. Known as the “Warrior of Capestrano”, this 2-meter tall limestone statue depicting a Picene king was found in a field in the 1920s. It is now housed alongside its female counterpart in the Abruzzo city of Chieti at the Archaeological Museum.

Capestrano’s historic center is entirely enclosed in ancient walls and is a mixture of Medieval and Renaissance architecture. The church of Santa Maria del Rosario is where Antonio Piccolomini’s tomb can be found and, legend has it, that it was also the place where Saint John of Capistrano (San Giovanni di Capestrano) was baptized.

Born here in 1386, John of Capistrano was a Franciscan friar and Catholic priest who was known as the “soldier saint” for leading a crusade against the Ottoman Empire in Belgrade at the age of 70. He began construction of a convent in Capestrano in 1447 which was continuously expanded over the centuries. Today, visitors can see manuscripts and all sorts of items belonging to the saint in the museum as well as the magnificent church. 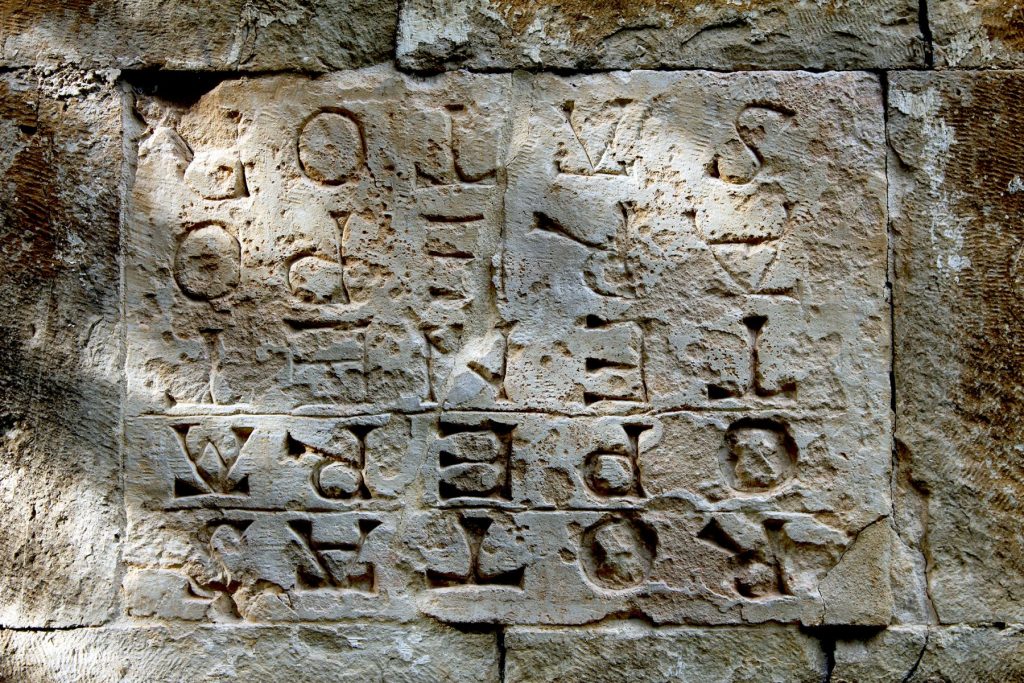 Another amazing tidbit about Capestrano is that it is one of the very few cities where Sator Squares have been found. Along with Pompeii, Rome, and Siena, these five-word squares are known as palindromes. The one in Capestrano can be found on the facade of the Benedectine Abbey of St. Peter ad Oratorium just outside of town.

Castle Piccolomini (also known as Castle Mediceo) is also located just outside the village near the Tirino river and the abbey. The original structure dates to the 13th century but it was in the 1400s when it became the property of the Piccolomini family and was later sold to Francesco de Medici. 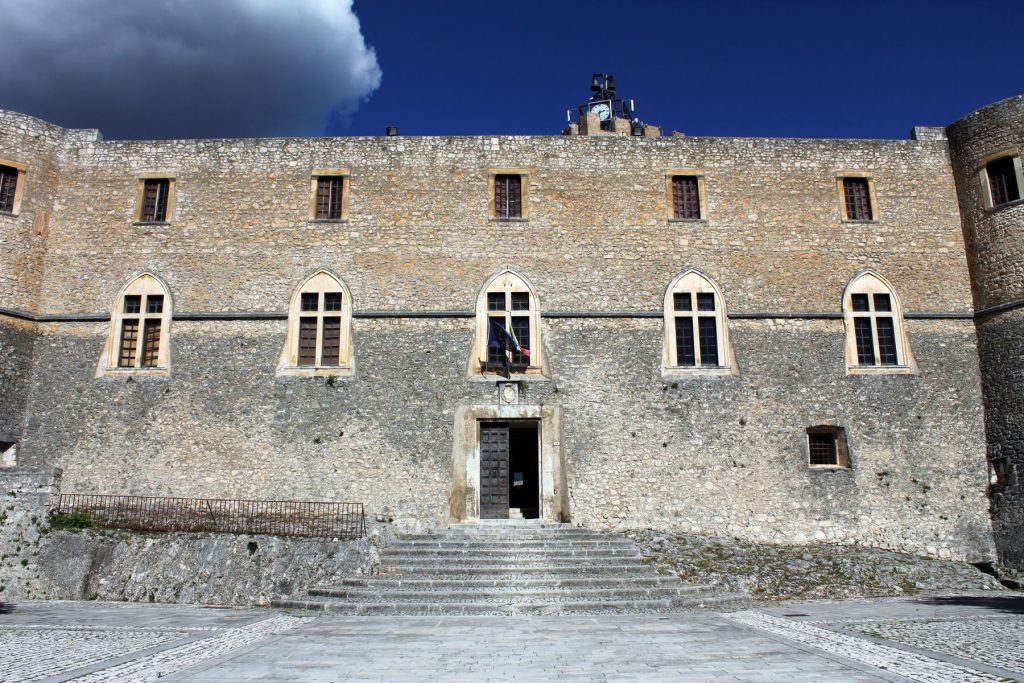 Its strategic position allowed ruling families to keep an eye on the shepherds’ route (known as the transumanza) which would have as many as 30,000 shepherds moving their flocks through the mountains to Foggia (Puglia) at certain times of the year. Today, the Via della Transumanza, along with the Via Francigena, is widely known as one of the five most important pilgrimages in Italy.

All of the above-mentioned sights can be visited by contacting the Pro Loco Association of Capestrano. 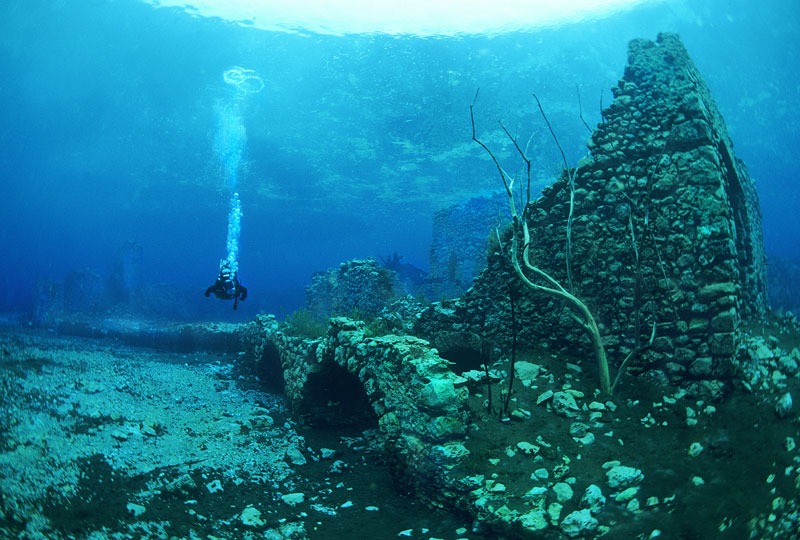 While you’re in the area you cannot miss seeing the Capo d’Acqua (also written Capodacqua) Lake known as the “Atlantis of Abruzzo”. In 1965, part of the river Tirino was dammed and is now used for hydroelectric power. Natural springs from the mountains constantly flow into the lake making it one of the most pristine and unusual in all of Italy. Visibility is as great as 40 meters deep! But, it gets better! There are two ancient mills that probably date to the Middle Ages that are completely submerged and have been for hundreds of years. The diving company Atlantide has exclusivity of the lake and can organize scuba diving experiences.

The nearby Tirino river has provided the village with delicious fresh trout for centuries and even today, it is still a staple of the Capestrano diet. You’ll find it on menus prepared in multiple ways as well as in pasta sauces. Freshwater shrimp are also commonly used. Saffron was discovered in this area in the 1200s and has since become the finest in the world. Fried pizza and legumes like chickpeas and lentils are also staples here. Almonds are used in sweets and cookies like amaretti. Wines include Montepulciano d’Abruzzo, Trebbiano, and Pecorino.

Post Views: 947
Redattore
Visiting Genoa’s Aquarium and Historic Harbor
The Republic of San Marino: a Country Within a Country