The ancient city of Tivoli is located just 30 km east of Rome and has born witness to 3,000 years of history, yet is still attracting curious visitors today. The poet Virgil called it Tibur Superbum because it was a meeting point for various cultures. Villa d’Este and Hadrian’s Villa are both located here and are also both UNESCO World Heritage Sites. Today, we’ll explore Hadrian’s Villa. 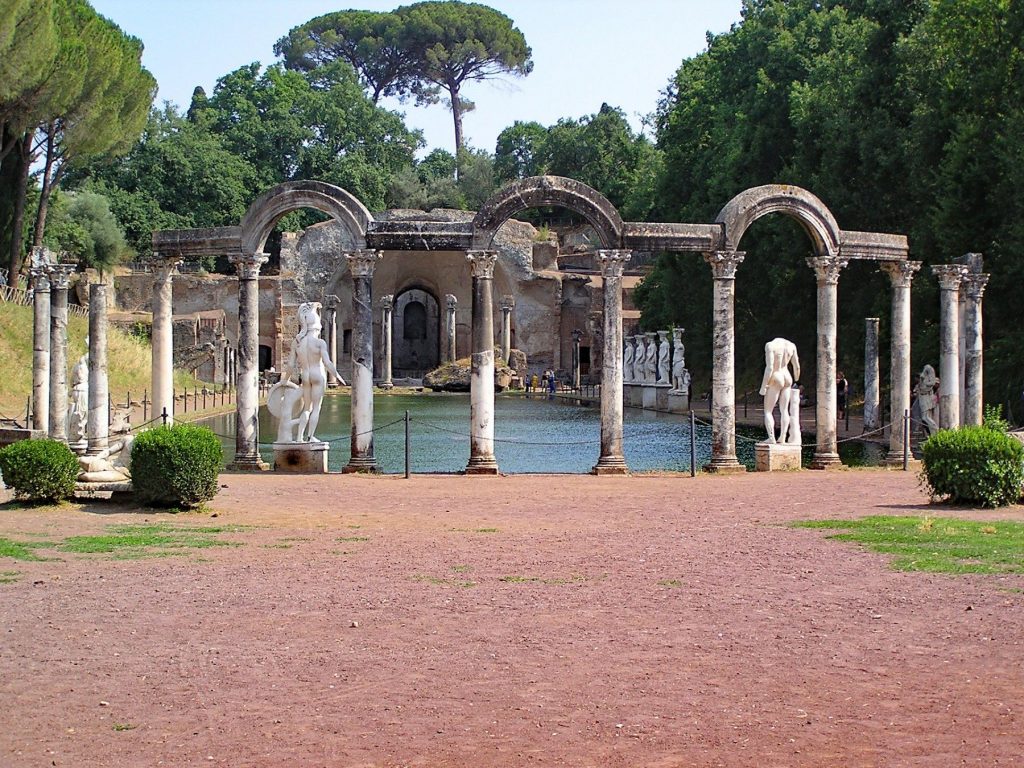 Hadrian’s Villa, or Villa Adriana, was built by Emperor Hadrian in a relatively short amount of time between the years of 118 and 138 AD. This is a massive archeological site extending over 120 hectares (300 acres) that is visitable year-round. It was composed of two levels: the underground was for the slaves that kept the villa running. It is estimated that there could have been several thousand people at the Villa at any given time.

The Emperor spent a good deal of time here and actually ruled from here which meant the Villa was accustomed to housing large numbers of guests and events. Today, 40 acres of the villa are open to visitors and include baths, a theater, barracks, temples, gardens, and fountains.

It is considered an architectural masterpiece and excavations of the underground tunnels and quarters are ongoing. Hadrian was very well traveled and spent much of his time as a ruler abroad which is reflected in his Villa.

The Vestibule: connected the Great and Small Baths
The Canopus: a long canal that paid homage to the ancient Egyptian city
The Maritime Theatre: a portico with a pool representing the sea
The Pecile: a long covered portico once used for panoramic strolls
The Great and Small Baths: for wellness
The Greek Theatre: a small court theatre reserved for only a few guests
The Greek Library and Latin Library 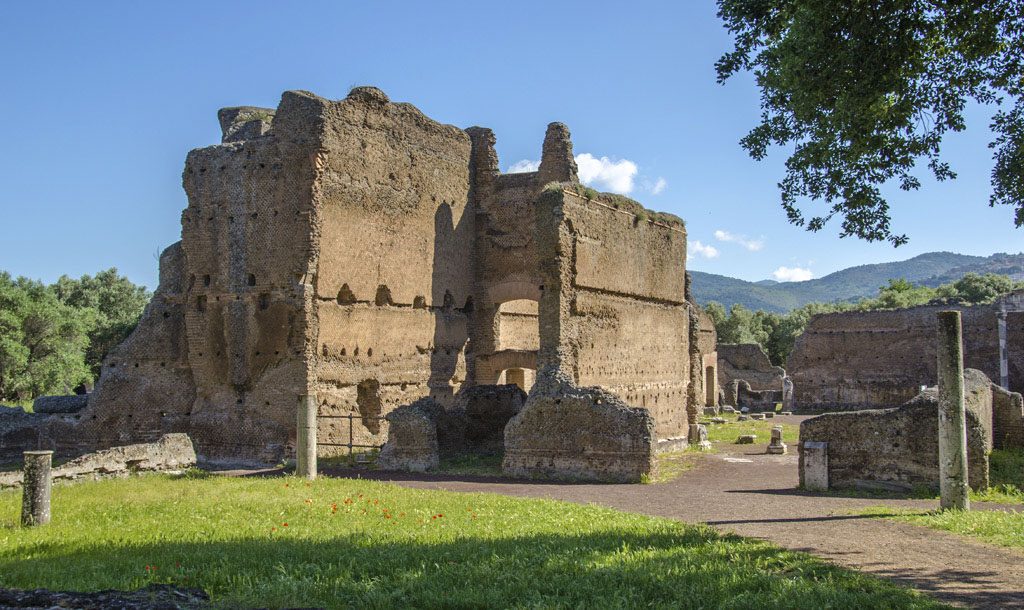 Visitors today have to use their imagination in order to capture its full grandeur since it is in ruins. It underwent massive destruction and decline over the centuries and fell subject to wars such as the Gothic Wars in the 6th century. It was rediscovered during the 16th century by Cardinal Ippolito II d’Este who pretty much ransacked it of its valuables for his own villa (also located in Tivoli).

Many of the finest works that included marble statues and intricate mosaics can now be seen at the Capitoline Museum and Vatican Museums in Rome or elsewhere around the world. Regardless, Hadrian’s Villa is still completely worth the visit!

Getting there is fairly simple being that it is so close to Rome. There are trains from Tiburtina to Tivoli and once in Tivoli, there is public transport or taxis to the Villa.

Post Views: 647
Redattore
Castellabate on the Cilento Coast
Palmaria Island off the Coast of Portovenere