Visiting the Medieval City of Gubbio in Umbria

And yet again, another fabulous medieval city in the Perugia province of Umbria- Gubbio. From Roman amphitheaters to medieval palaces and delicious food, Gubbio has it all! 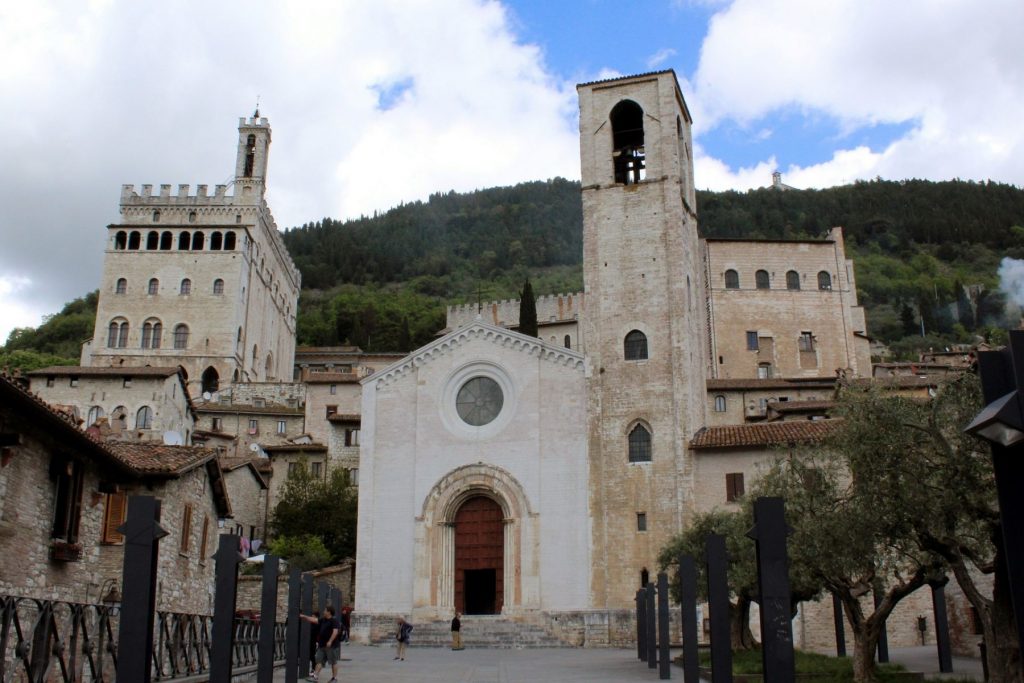 Gubbio is no tiny city by any means. With about 30,000 people, Gubbio sits at an elevation of over 500 meters on the slope of Mt. Ingino in the Apennines.

This area was populated in the Bronze Age by the ancient Umbri people (pre-Roman). In the 15th century, a set of bronze tablets inscribed in the Umbrian language were found here. Known as the Iguvine Tablets, these are some of the rarest examples in the entire world from this time period and they are right here in Gubbio!

The Romans renamed the city Ignuvium after their conquest in the 2nd century BC and built a massive amphitheater which was one of the largest in the Empire holding 6,000 spectators. 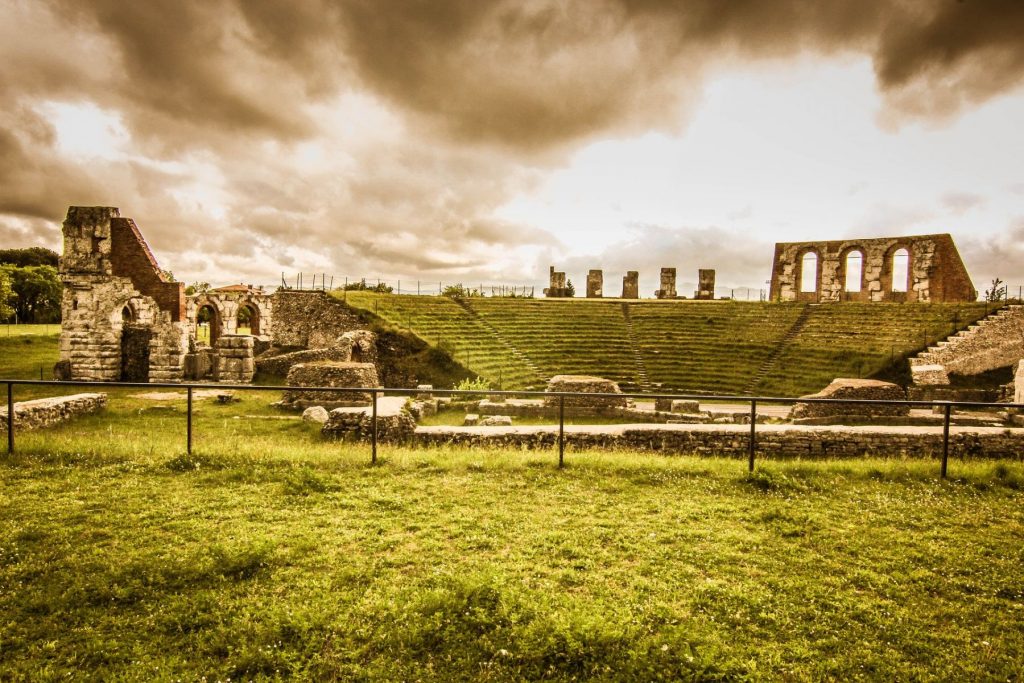 Dating to the 13th century, the historic center is surrounded by the original medieval walls and gates. Five parallel vias make up the center giving it a slight labyrinth-like feel.

As you’re walking through the streets, you’ll most likely notice that many of the old houses have two doors. This is an interesting phenomenon found in some medieval cities known as the porta dei morti (“door of the dead”). The reason behind this isn’t completely clear. Although the name suggests that it was a door, in fact, used to remove the deceased from the home, another likely motive may have been to provide protection for the person answering the door by raising them up from the street level.

Gubbio is full of spectacular palaces and churches that will keep any visitor busy for several days, but if time doesn’t allow, these are the absolute must-sees.

Where to begin? Piazza Grande of course! Because it is just that- grande! This spectacular square includes Palazzo Pretorio and Palazzo dei Consoli (houses the civic museum where the Iguvine Tablets are located). This isn’t your typical piazza in that it was actually constructed at a raised level and is supported by the fabulous arches that make it so picturesque. From here, you’ll enjoy panoramic views of the surrounding countryside. 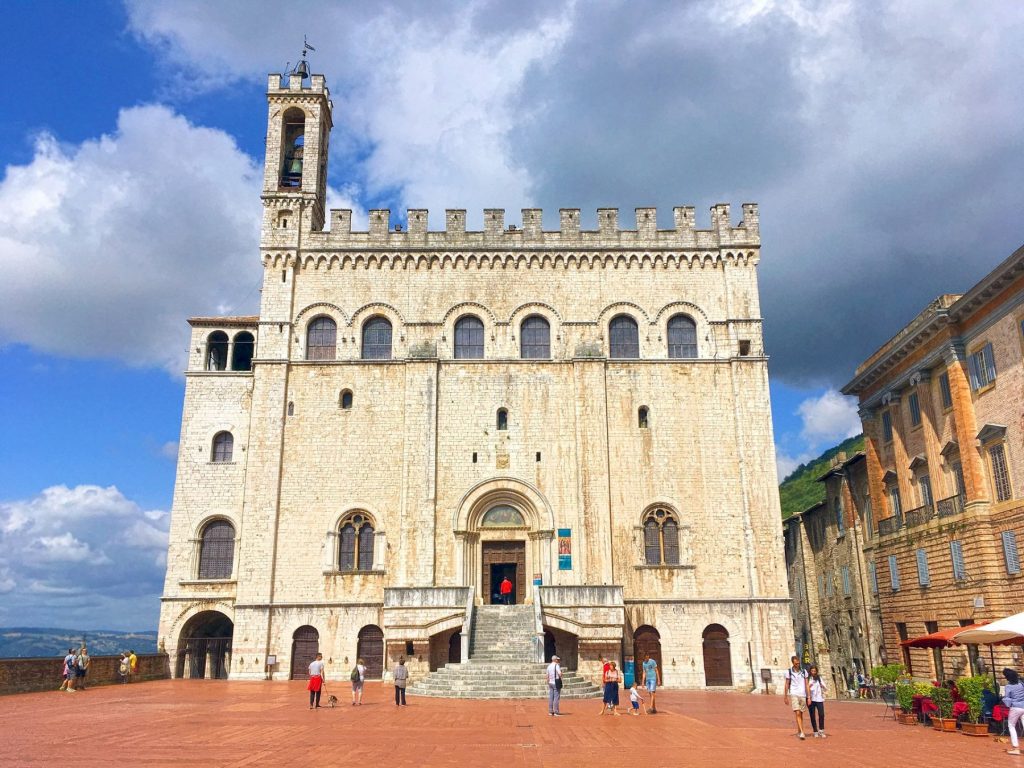 Palazzo Ducale is a rare example of Renaissance architecture in this medieval city. Commissioned by Duke Federico of Montefeltro, the study is exquisitely carved in inlaid wood. There is also a museum inside.

Rivaling for the title of one of the most beautiful buildings in Gubbio is Palazzo del Bargello. Today, it houses the Museo della Balestra (crossbow). The fountain in front is known as the Fontana dei Matti or the “Fountain of the Mad or Crazies” which takes its name from a popular legend. So if you’d like to become an honorary “mad” citizen of Gubbio, run around the fountain three times and splash some water on yourself.

Every beautiful city has a beautiful Duomo and Gubbio is no exception. Ten ogival arches set this church which originally dates to the year 1000 apart from the others.

Umbria is synonymous with the life of Saint Francis of Assisi and one of the most spectacular churches (Church of San Francesco) was built just after the saint’s death on the property of the Spadalonga family who is believed to have given Saint Francis refuge.

Another historic site connected to the life of St. Francis is the Church of St. Francis della Pace (or dei Muratori). It is believed that this is where Francis made the pact with a wolf that was terrorizing Gubbio.

From the town center, you can take the cableway up to Mt. Ingino and visit the Basilica of Saint Ubaldo. This 500-meter climb is a sensational experience and provides breathtaking views of Gubbio from above. Gubbio’s Patron Saint Ubaldo’s perfectly conserved body lies within the church. Also here are the famous candles for the “Race of the Ceri” held in honor of St. Ubaldo every year on May 15. 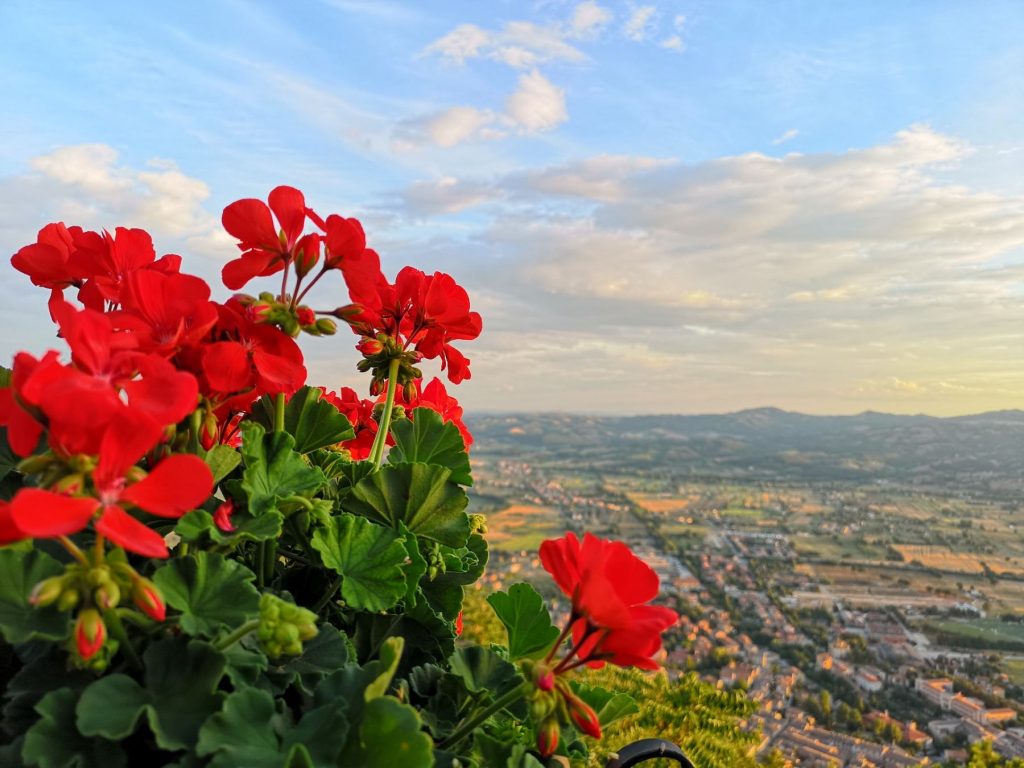 Gubbio is famous for its hearty legume-based soups and stews and a flatbread called crescia. Friccò is a combination of lamb, duck, chicken, and rabbit sauteed in white wine. This area also produces delicious mushrooms as well as truffles.

Writer and traveler Guido Piovene defined Gubbio as “sublime monotony” for its grey stone blocks and similarly-constructed buildings. Let us know if you agree!

If you enjoyed this article, check out these other fabulous towns in Umbria!

Post Views: 952
Redattore
What (else) to See in Matera
The King of Wines: Barolo and Its Castle and Wine Museum