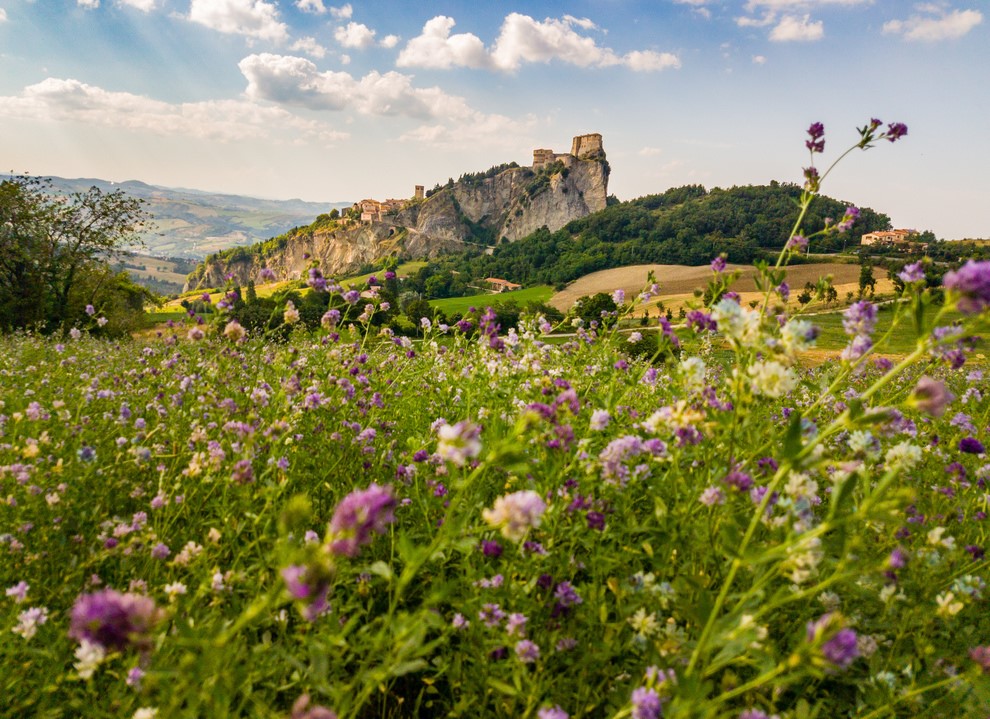 Perched atop a massive rock in the Emilia-Romagna region, San Leo is one the “Most Beautiful Villages in Italy”. Its history is closely linked with nearby San Marino and the saints Leo and Marinus. It makes a perfect day trip while in the area of Rimini, San Marino, or even parts of Tuscany and the Marche regions.

Also known as Montefeltro, San Leo’s Roman name was Mons Feretrius. By the 3rd century AD, Romans had begun building temples upon this rock mass that was the perfect vantage point of the surrounding Marecchia valley. There was no need for walls because, at 600 meters, the rocky cliff provided all the protection they needed. At some point at the end of the 3rd century, Dalmata Leone and Marinus came here from Dalmatia (Croatia) and began spreading Christianity. They would become Saint Leo and Saint Marinus.

The Pieve is the oldest church in town, and in the entire area, with elements dating back to the 8th century or before. Its capitals and columns were recuperated from Roman temples and date to between the 1st and 4th centuries. Legend has it that San Leo himself built the church and beneath the church there is a crypt and a shrine to the saint. 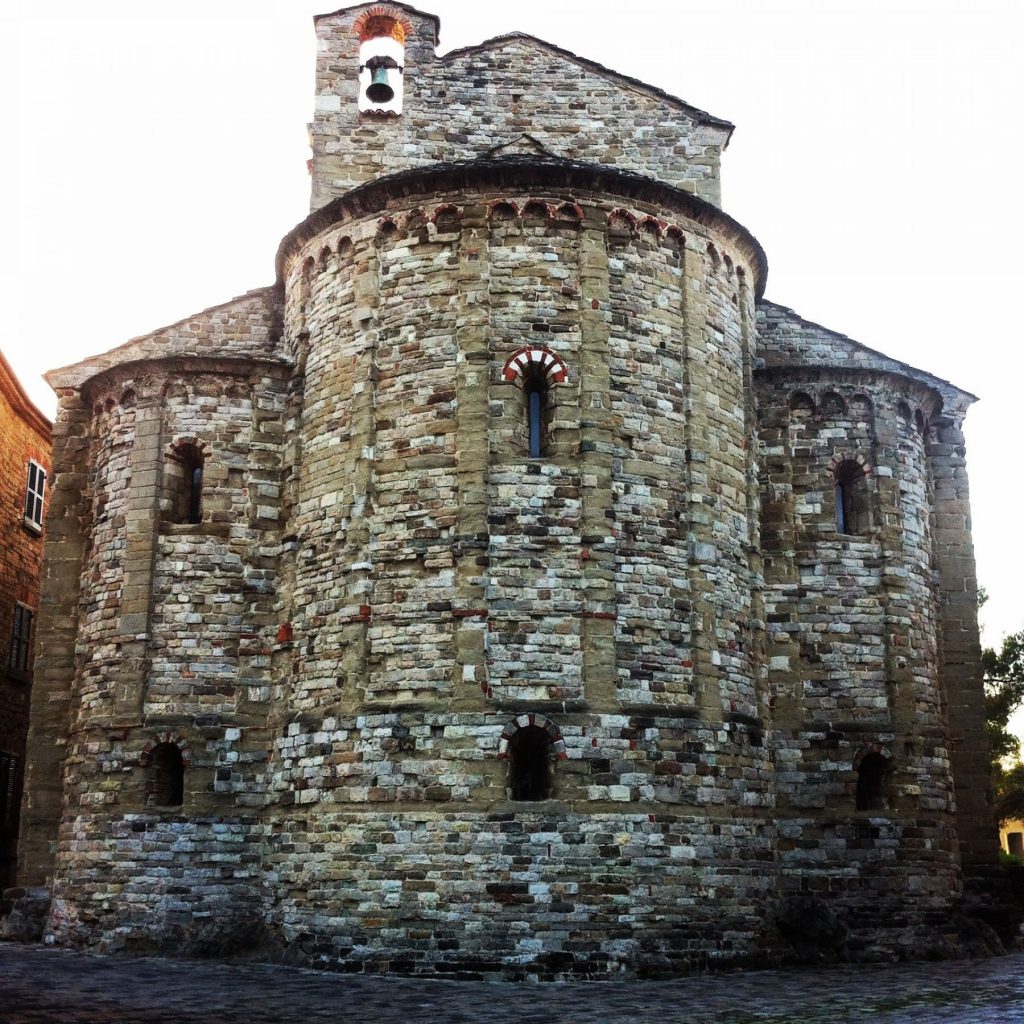 One of the finest examples of Lombard-Romanesque architecture, the Duomo originally dates to the 7th century when San Leo became the seat of the Diocese of Montefeltro. It was rebuilt in the 12th century out of local sandstone. It once held the remains of Saint Leo but now all that is left is the sarcophagus lid.

The magnificent bell tower erected out of rock stands tall right next to the Duomo. Very little is known about its construction but it was most likely built at the same time as the Duomo in the 12th century. It is only open to the public on special occasions, but when it is, it is a rare opportunity for a breathtaking panoramic view from the top. 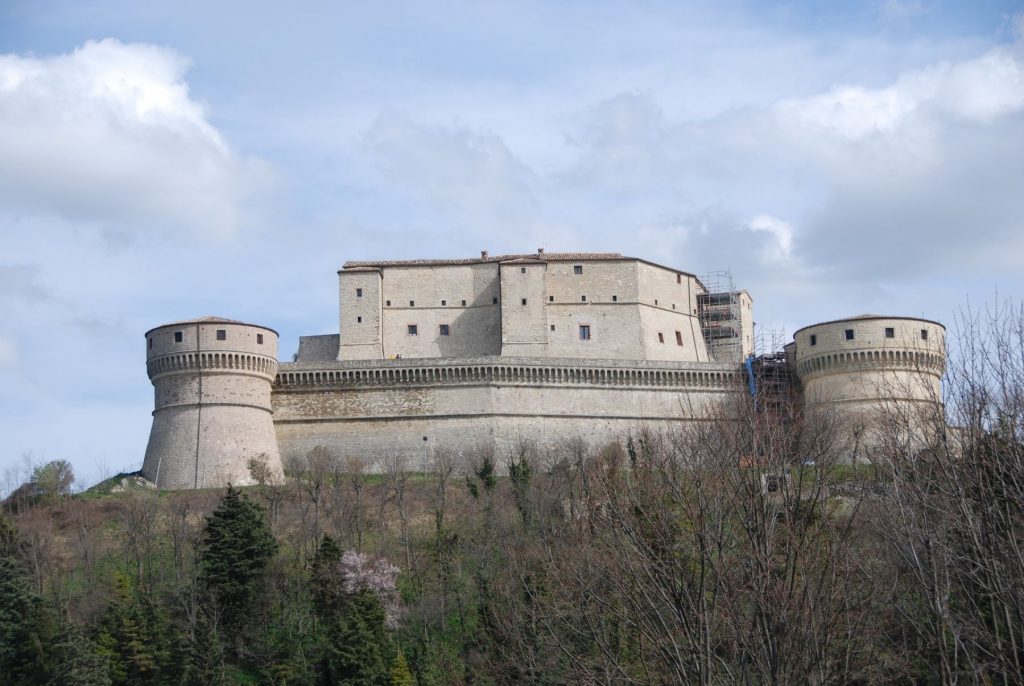 Appreciated by the Romans and later, by the Byzantines, Goths, and Lombards, San Leo’s fortress is truly amazing for both its architecture and strategic location. In the 10th century, for a very brief period, it was actually the capital of Italy. By the mid-1600s it began serving as a prison and continued to do so until 1906. The very famous “free-thinker”, alchemist, and magician Alessandro Cagliostro died here in 1795 after being sentenced for heresy.

Piazza Dante is the only square in San Leo and is where various palaces are located as well as the Pieve. A beautiful fountain adorns the center.

You’ll find lots of souvenir shops as well as cafes and restaurants. San Leo’s culinary traditions are a mixture of both the Emilia-Romagna and Marche regions. Depending on the season, chestnuts, both black and white truffles, Prugnolo mushrooms, cherries, honey, and potatoes are all produced in the Montefeltro area. Cheeses include Raviggiolo, Fossa, and Slattato and pork, as well as beef, are widely-used. Red wines include San Giovese and the white wine of choice is Trebbiano di Romagna. If you want to try something completely unique to San Leo, then taste the liqueur named after the famous alchemist, Balsamo di Cagliostro. 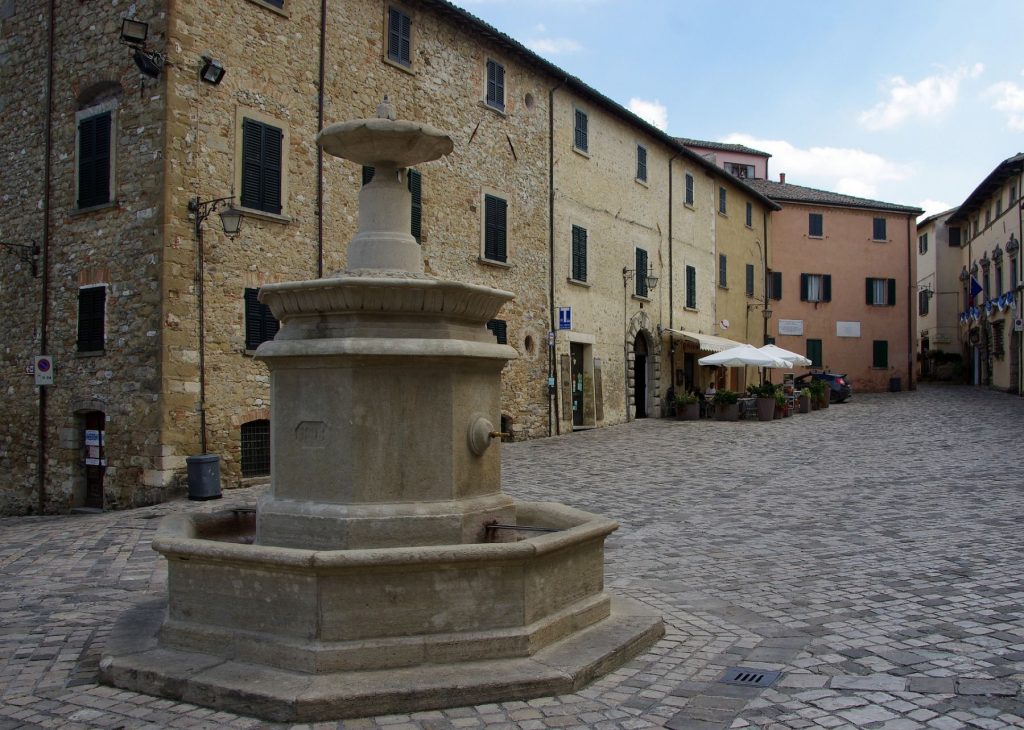 Post Views: 916
Redattore
The Republic of San Marino: a Country Within a Country
International White Truffle Fair of Alba