In Lazio’s Viterbo province and in the heart of the ancient Etruscan land of Tuscia, lie two of the civilization’s most important necropolises and tombs: Tuscania and Tarquinia. The two cities are just 25 minutes apart and make an excellent day trip from nearby Lake Bolsena, Saturnia, Viterbo, or the Argentario Coast. Let’s go! 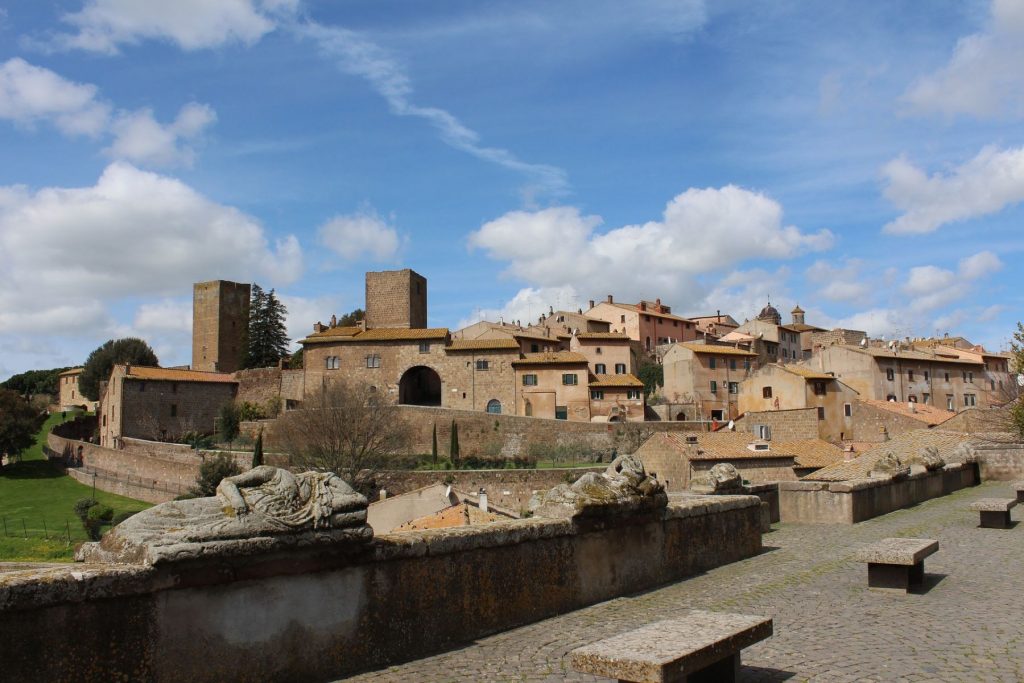 The Etruscan settlements uncovered here (7 in all) date back as far as the 7th century BC. By the 4th century BC, Tuscania was a thriving village connected to Tarquinia. Concentrated within a 10 km radius around the current St. Peter’s hill and church, the necropolises and tombs uncovered today include those of Ara del Tufo, Casa Galeotti, Madonna dell’Olivo, Peschiera, and Pian di Mola. 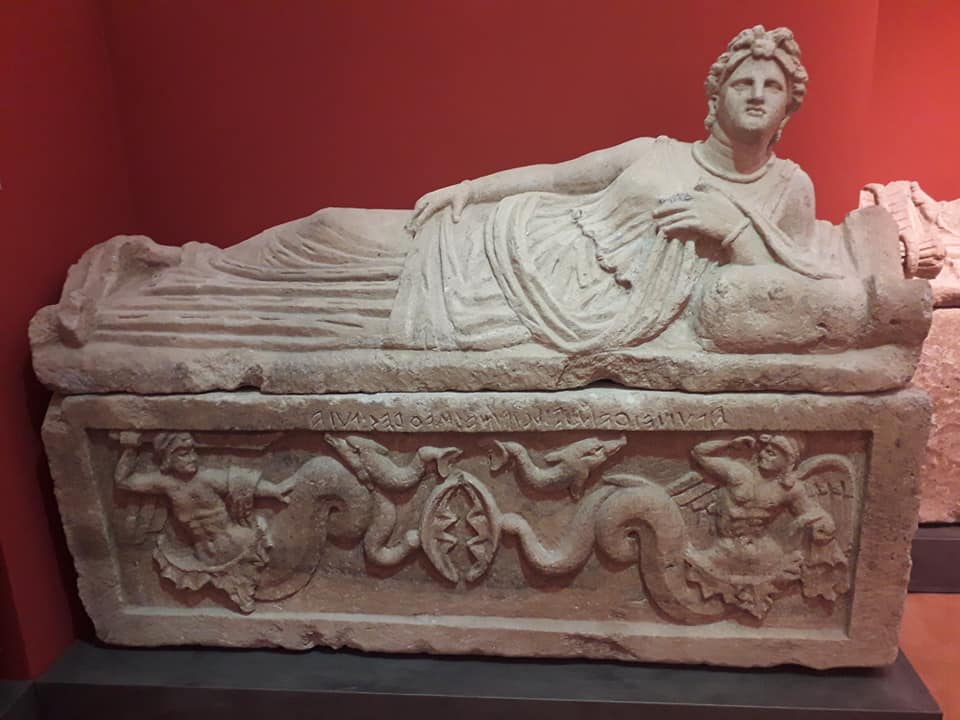 Just outside the old city walls, lies the Archeological Museum which is housed in the ex-Franciscan convent and now Church of Santa Maria del Riposo. A significant find was the tombs of Curunas and Vipinana families which includes sarcophagi and furnishings giving us an accurate picture of what life must have been like for the Etruscan aristocracy. There is also a large collection of Roman findings as well.

The town itself is lovely as well and while you’re here, you’ll want to visit St. Peter’s Basilica which originally dated to the 8th century and the Church of Santa Maria Maggiore also in Romanesque style.

The ancient Etruscan/Roman route, Via Clodia, runs through Tuscania and connected Rome with Etruria. Today, it is a popular trekking destination and portions of it can be done on horseback.

Just 25 km southwest of Tuscania is the ancient civilization of Tarquinia. The official name of the site is the Monterozzi Necropolis and it has been a UNESCO World Heritage Site since 2007. When you visit, it isn’t any wonder why. 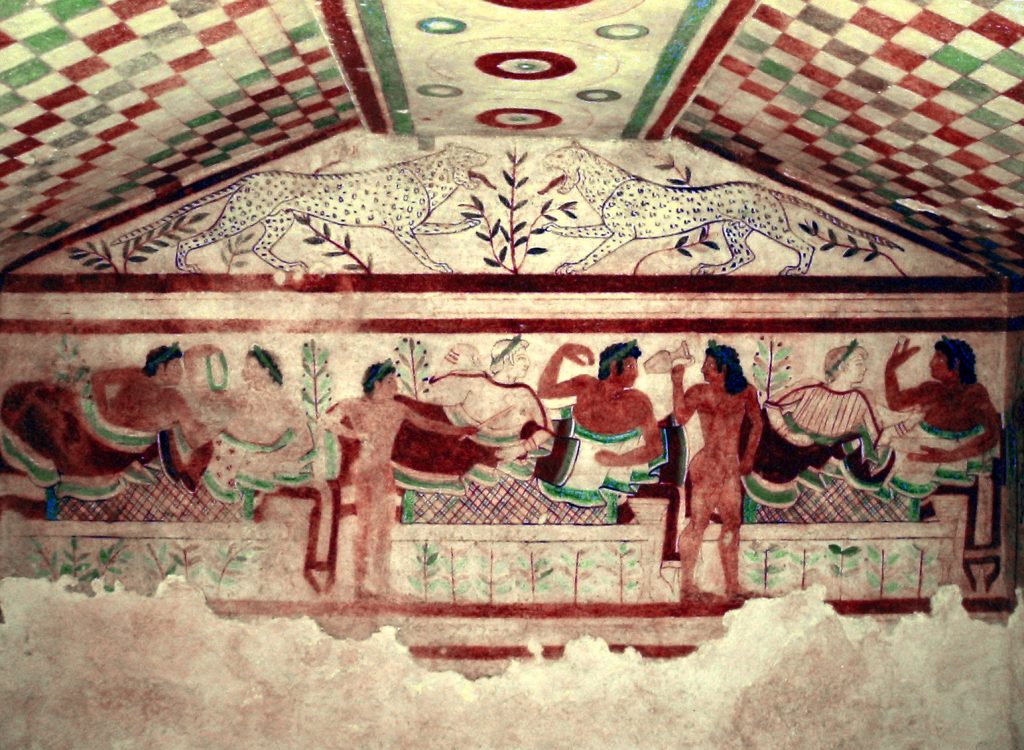 6,000 graves were discovered here with the oldest dating to the 7th century BC. It is the finest and most complete display of Etruscan frescoes revealing priceless clues into the world of this mysterious civilization. The paintings depict daily rituals including hunting, music, dance, and religious ceremonies. One of the most famous and well-preserved is the stunning Tomb of the Leopards dating to 473 BC.

The National Archeological Museum of Tarquinia located in Palazzo Vitelleschi holds priceless artifacts dating as early as the 9th century BC up until the Roman period. 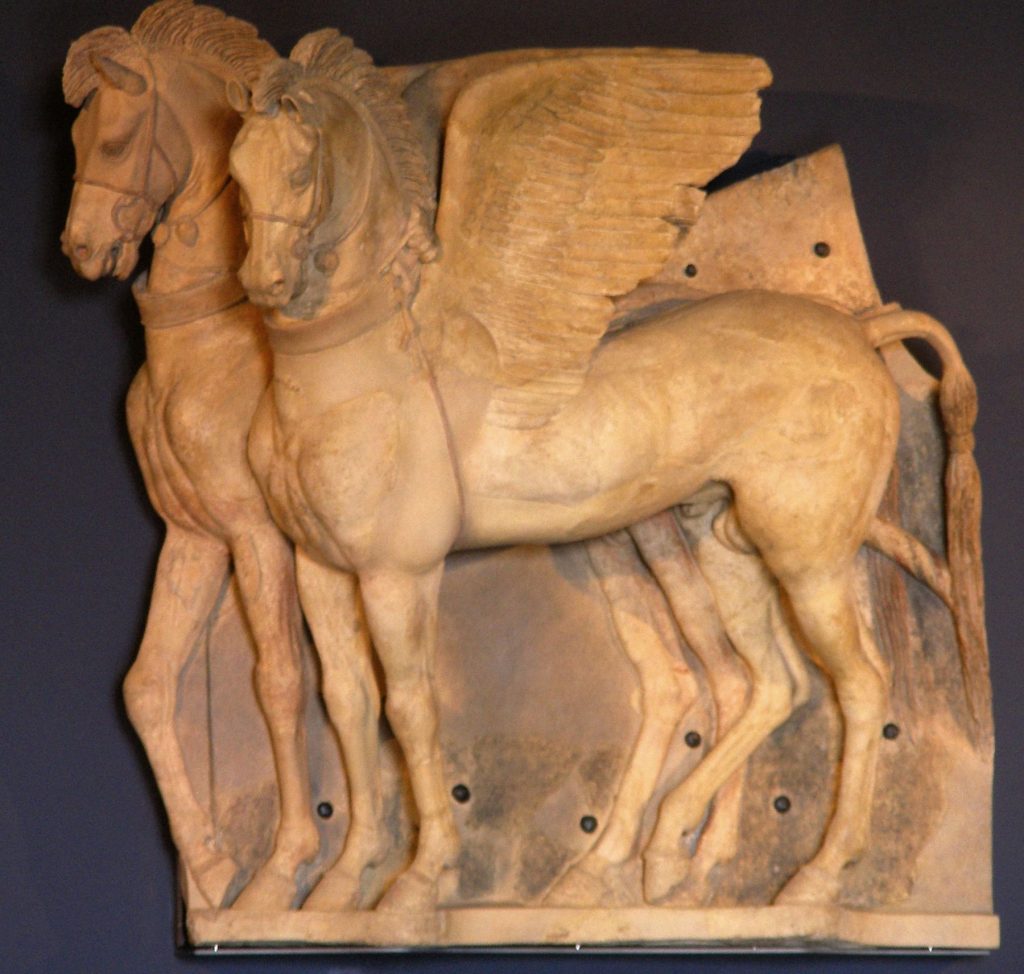 Just a few kilometers from the necropolis and museum lies another very important Etruscan site that is absolutely worth visiting. The remains of the Ara della Regina Temple dates to the 4th century BC and in its glory, measured 44 by 25 meters. One of the most important Etruscan artifacts ever discovered was found here and is now located in Tarquinia’s museum: the “Winged Horses of Tarquinia”.

What are you waiting for?
Book your room at the Fonte del Cerro Hotel in Saturnia

This hotel is located in a strategic area in the Tuscan Maremma and is ideal for visiting all kinds of wonderful places. Furnished in perfect Tuscan style, it is only a few steps from the famous thermal hot springs of Saturnia. A delicious breakfast with homemade Tuscan delicacies (many grown directly on the property’s farm) is always included.