What (else) to See in Matera

In part I of our article on Matera we explored Sasso Barisano and Sasso Caveoso, or the rupestrian part of the ancient city. Part II will focus on other parts of the city (and beyond) that should definitely be included in any visit to Matera. We’ll also give you tips on what to eat while you’re here! Let’s go! 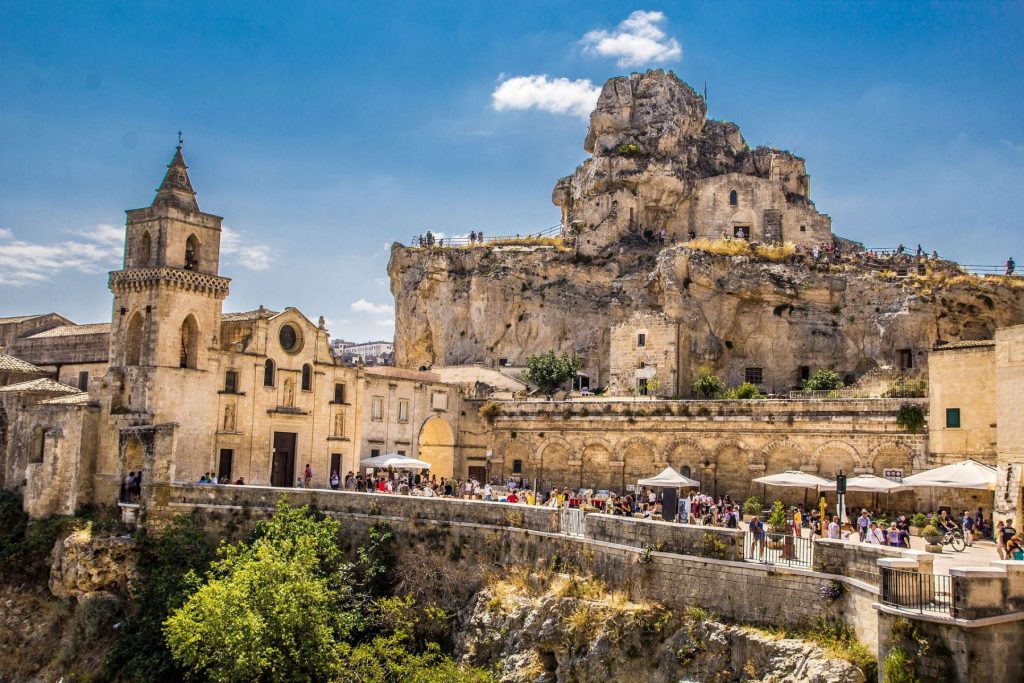 Let’s begin by highlighting some incredible museums that were not mentioned in part I of our tour. Not far from Sasso Caveoso, you’ll find the archaeological museum, Museo Ridola. Artifacts dating as early as 6,000 BC including bronze armor have all been found in the surrounding area. If you’re fascinated with rupestrian Matera, then you’ll also enjoy MuDeSca, or Museo dello Scavo, located in Sasso Barisano.

One of the newest museums in the city pays homage to a collection of art ranging from medieval to modern-day: the National Museum of Medieval and Modern Art located within Palazzo Lanfranchi.

In Sasso Caveoso, another impressive collection of sculpture lies within the MUSMA, or the Contemporary Sculpture Museum.

For a complete list of Matera’s museum system, visit this link.

The Crypt of Original Sin 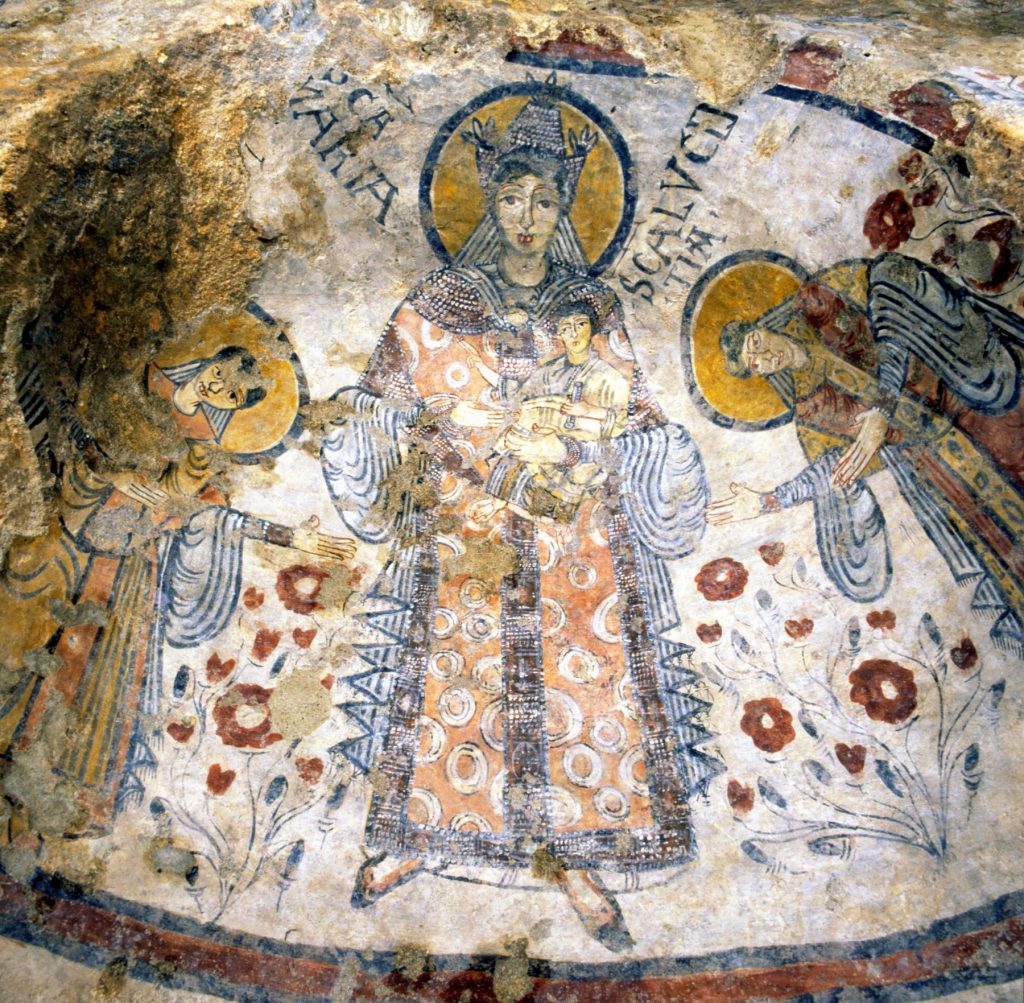 One of the most visited sites just outside of Matera, and considered an absolute must-see by any proper guide, is the Cripta del Peccato Originale or the Crypt of Original Sin. Referred to as the “Sistine Chapel of rupestrian art”, this chapel is a fabulously-frescoed underground wonderland. To think that this 8th-century masterpiece completed by an unknown artist(s) was discovered in the early 1960s by a group of young kids!

You can also visit the underground water system known as the Palombaro Cistern. Getting water to its residents has always been a challenge in Matera and so a system of cisterns was devised in order to solve the problem. Palombaro is located under Piazza Vittorio Veneto and is navigable by boat!

There are also natural parks and reserves located around Matera for those who want to explore outside of the city. The Parco della Murgia Materana is a fascinating place between Matera and Montescaglioso that is also a UNESCO World Heritage Site.

Here, you’ll find more caves and entire villages (Murgecchia, Murgia Timone, and Trasanello) carved out of the limestone landscape that date to the Paleolithic, Neolithic, Bronze, and Iron Age. Not to mention rupestrian churches and over 1,200 species of wildlife and plants.

Matera’s culinary traditions have remained very much intact for centuries due to its geographic isolation. Many dishes are similar to those found in neighboring Puglia and reflect the agricultural and pastoral traditions of the area. Dishes are hearty and often vegetable or legume-based.

Pane Materano is the delicious bread made from durum wheat that can weigh up to 2 kg! Pasta is also made exclusively from durum wheat and many times, still by hand. Varieties include orecchiette, cavatelli, and strascinati. One of Matera’s signature dishes is Orecchiette alla Materana which involves topping the pasta with a rich tomato sauce (usually lamb-based), mozzarella, and pecorino cheese and then baking it in the oven.

If the weather is chilly then make sure to enjoy any of these traditional dishes that include legumes, grains, and vegetables and are sure to warm your heart and belly:  Ciallédd, Crapiata, and Cutturidd.

Probably the most famous dessert is the scrumptious strazzate. These cookies are made of almond paste with a hint of lemon and liqueur! Yum! 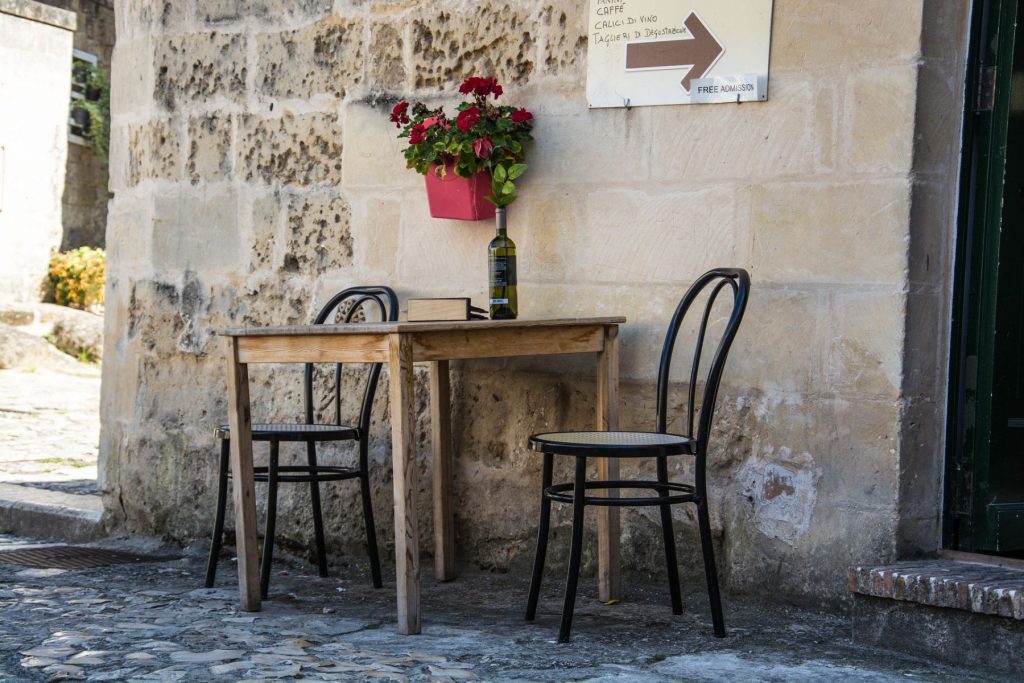 Post Views: 478
Redattore
The Church of Dante and Beatrice in Florence
Visiting the Medieval City of Gubbio in Umbria