The central Italian region of Abruzzo has been making quite a name for itself as of late. Known for its stunning landscapes from the mountains to the sea, its friendly people, delicious cuisine, and also, its wine. Wine tasting itineraries are becoming increasingly popular and the province of Teramo is especially known for its hilltop villages surrounded by vineyards. In this article, we’ll explore the Controguerra Wine Road.

The Wines of Teramo

In Abruzzo, and throughout Italy for that matter, Montepulciano d’Abruzzo DOC reigns supreme. In the hills of Teramo, the Montepulciano Colline Teramane DOCG has been recognized since 2003. 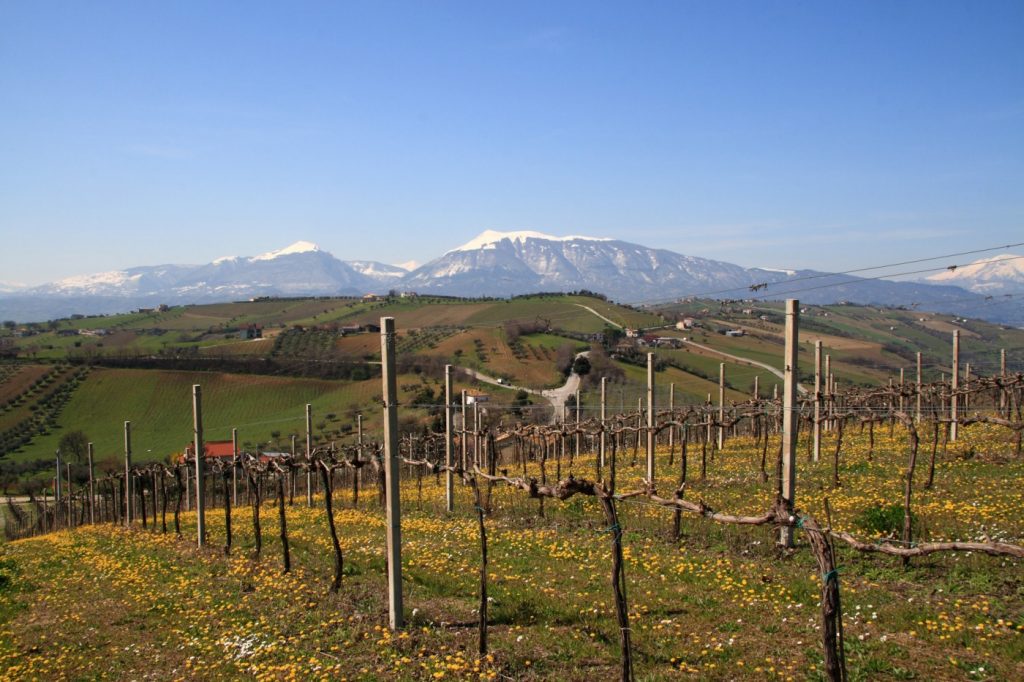 Controguerra became a DOC (Denominazione di Origine Controllata) wine in 1996. Controguerra’s wines are grown exclusively in 5 recognized municipalities within the province of Teramo and include a wide variety of both reds, whites, and sparkling wines. Cabernet, Ciliegiolo, Novello, Pinot Nero, Merlot, Passerina, Chardonnay, Malvasia, Passito Bianco, Riesling, and Spumante to name a few!

Our journey begins in the little town of Colonnella (just a few kilometers inland from the Teramana Coast). At an elevation of 300 meters, it offers a beautiful panoramic view of the surrounding area. 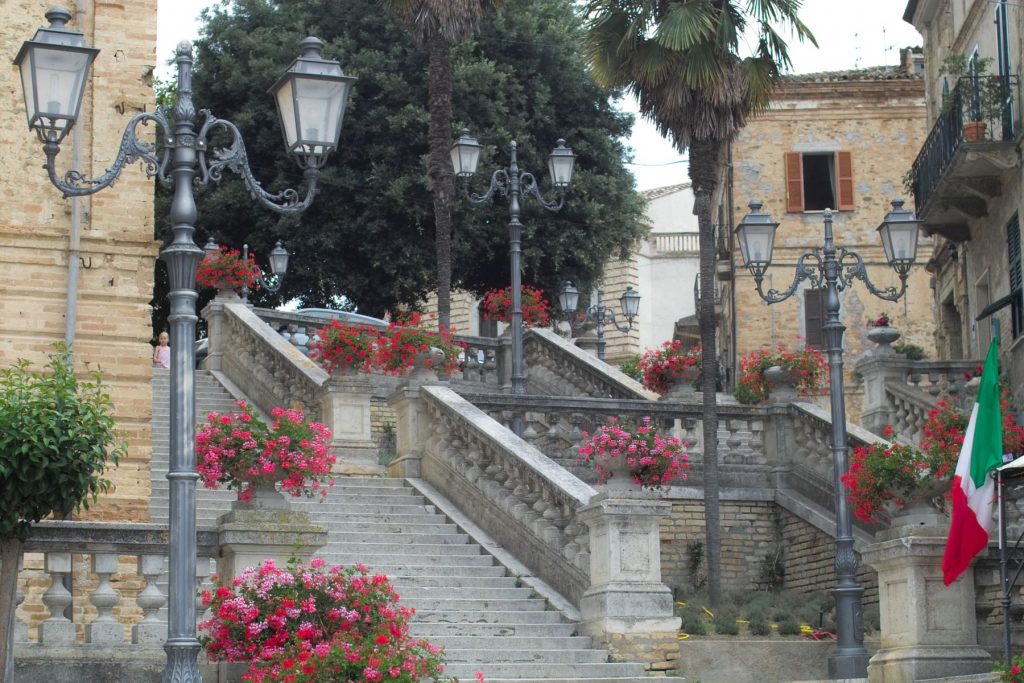 The historic center dates to medieval times although the majority of the monuments date to the 18th and 19th centuries. It is most famous for its Scalinata, an impressive staircase in the historic center built between the 1920s and 30s. There are also two Roman cisterns that can be visited.

Controguerra: in the Heart of Wine Country

Controguerra has preserved much of its ancient past and is also a lovely hilltop village. Its Torrione (watchtower) dates to the 13th century and is a true symbol of the town.

The oldest churches in town include the Chiesa dell’Icona (1600s) with a stunning fresco as well as the Church of San Rocco dating to the 16th century. Aside from its wine, Controguerra is also known for its high-quality olive oil.

Ancarano: Land of the Gods

The name Ancarano is said to have derived from the goddess Ancaria worshipped by the Piceni people who occupied this territory almost 3,000 years ago. The historic center still has the original walls and gates dating to the 9th century. Several churches are worth visiting including the Madonna della Pace (original belltower still standing) and the Madonna della Misericordia (15th-16th century).

All of the food in the entire region is delicious and some absolute musts are homemade pasta alla chitarra topped with either red sauce and meatballs or cacio cheese and pepper. Teramo is especially famous for scrippelle which are a sort of lasagna noodle (almost a crepe) served either as lasagna (timballo in this area) or rolled up and served in broth (scrippelle ‘mbusse). Meat dishes include the most well-known dish in all of Abruzzo, lamb skewers roasted on a fire called arrosticini as well as numerous others! 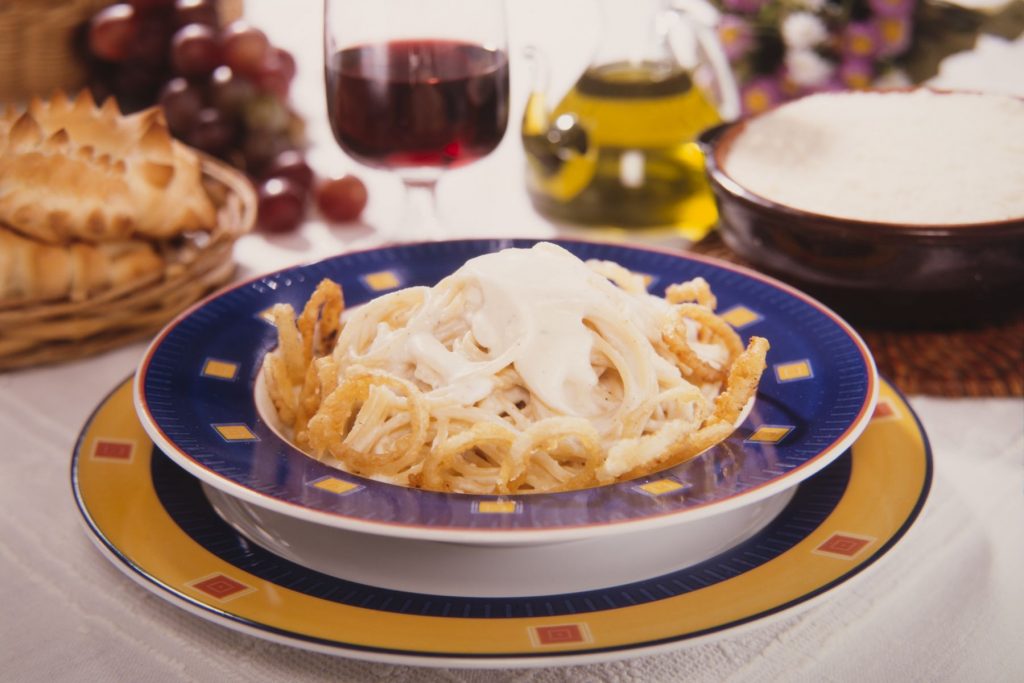 What are you waiting for?
Book your room at the Il Casale Hotel just a few kilometers from the wine trail!