When the sky begins to take on that shade of blue so typical of summer, the mind instinctively wanders towards the sea, the sun, and the desire to discover new horizons. The coast of Abruzzo provides just that. Two of its pearls along the Trabocchi Coast are San Vito Chietino and Ortona. Only 15 km apart, yet different in so many ways.

San Vito Chietino, the smallest of the two, with just 5,365 inhabitants, was the birthplace of the famous trabocchi. A trabocco is a sort of wooden pier invented by fishermen to facilitate their daily work. Today they boast fresh seafood restaurants as well as adding to the romantic atmosphere. 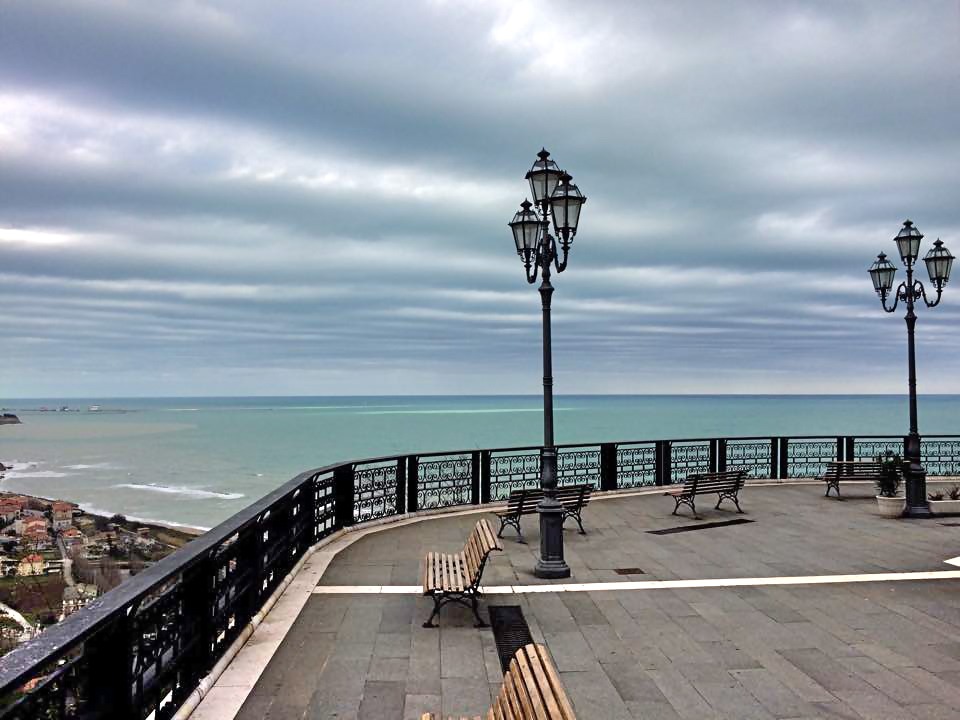 The oldest, and the only one owned by the Municipality, is the Trabocco Punta Turchino. It was the inspiration for Italian author Gabriele D’Annunzio who described it in his novel Il Trionfo della morte. He spent the summer of 1889 here with his muse and companion at the time, Barbara Leone. The house they lived in still exists today and overlooks the sea. Bewitching and relaxing, Punta Turchino should not be missed.

The Historic Center and the Promenade

San Vito Chietino is divided into two distinct areas. The historical center is characterized by terraces like the Belvedere Marconi which offers a breathtaking view of the lower part of town. The promenade in the Gualdo area is full of seaside resorts, bars, ice cream parlors, and tasty little restaurants for all tastes and budgets.

Looking in the opposite direction, you’ll have a perfect view of the majestic Maiella mountains that dominate the valley below. What could be better than a breathtaking view of both sea and mountains? 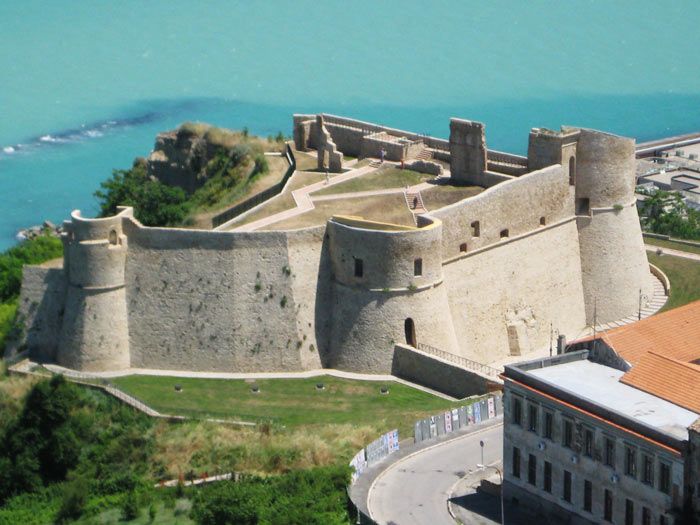 Ortona, on the other hand, is quite different. It’s a town of over 23,000 with a major port, yet it’s been repeatedly awarded the Blue Flag for its pristine shores. After World War II, it lost much of its cultural heritage but began rebuilding with a vengeance after the 1960s. Palazzo Farnese, a splendid building in the historical center, is currently home to the Museum of Contemporary Art and the Cascella Gallery.

The Aragonese Castle overlooks the Adriatic and guards the town with its bare, massive walls. From the castle, there are a series of steps that descend towards the sea. A cycling and pedestrian path has been recently added that leads all the way to the pier. Ortona’s beaches are beautiful enough to have been settings for numerous film sets.

Ripare dei Giobbe is an unaltered, white stone beach that is accessible only by foot. It extends under a long rocky cliff and its transparent waters are perfect for indulging in a refreshing swim.

A verse from the aforementioned Gabriele D’Annunzio comes to mind: “Defend beauty. This is your only duty.” How can one argue with that? Along the Trabocchi Coast, there is plenty of beauty to defend and contemplate.

Post Views: 2,609
Redattore
5 Reasons Why Cervia on the Riviera Romagnola Should Be Your Next Beach Holiday Destination
A Dog-Friendly Beach Holiday in Emilia-Romagna