Anzio: from the Villa of Emperor Nero to Porto Innocenziano

A famous town on the coast of Latium near Rome, Anzio is linked to the figure of Emperor Nero, who had his villa built overhanging the sea. The property, which also includes some private spas, can be visited and extends up to the lighthouse overlooking the beach. 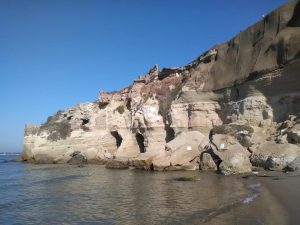 In Anzio you can find the Civic Archaeological Museum which is located in Villa Adele, with the Landing Museum, recalling the arrival of the allies during World War II. The monumental Cemetery (Beach Head War Cemetery) is located in Falasche, in Via Nettunense.

Another attraction is Vallo Volsco Park, an archaeological site dating back to at least the eighth century BC with more consistent development in the sixth century BC. Take a short walk in the green among the caves and reeds, observing the fossils of shells trapped in the rock.

The park is located beside the Church of Santa Teresa del Gesù Bambino, whose construction was completed in 1939. The Christian cultic structure resumes and mixes various styles, from Neo-Gothic to Romanesque and Early Christian one, finding a perfect architectural harmony. Inside the body of the saint is buried. 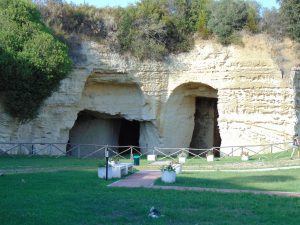 The “heart” of the town is concentrated in Piazza Pia, dominated by the fountain and the church of Holy Pius and Anthony and by the local harbor, Porto Innocenziano. The latter takes its name from Pope Innocent XII, who ordered its construction in 1697.

It is the privileged destination of anyone who wants to relax, watching the boats sway placidly over the blue waters which overlook the nearby city of Nettuno. From here, you can see the promontory of the Circeo and sit down and chat comfortably in one of the many bars or restaurants. From the harbor, Porto Innocenziano, hydrofoils leave to reach the Pontine Islands.

Under normal circumstances, during the month of August, the Local Tourist Office, the City Council and the Archaeological Museum organize events that enliven the city streets, as well as Villa Adele with theatrical performances and cultural centers. Another important event is the traditional handicraft market that animates the streets of the center.

Seaside tourism is what brings most people to the area. There are numerous seaside resorts, but also free beaches and hotels from which you can enjoy wonderful sunsets.

Anzio can be easily reached by train from Roma Termini, or by car along via Pontina, Ardeatina or via Nettunense.