Aquileia, a charming town in the province of Udine, is rich in history and great archaeological finds. It became a UNESCO World Heritage site in 1998 and boasts the definition of “The Second Rome” for its immense and majestic riches. Easily reachable and located near the seaside resort of Grado in Italy’s extreme northeast, it is a frequent destination for holiday goers. The period between spring and summer is ideal and the prices are really appealing.

In Aquileia, fresh fish and seafood, such as grilled cuttlefish and squid, as well as fried foods with polenta accompanied by a glass of white Malvasia wine adorn the tables. Other regional specialties include duck and goose as well as Montasio cheese and country-style omelets. In the springtime, you can enjoy the locally grown white and green asparagus. Everything is locally sourced and absolutely delicious! 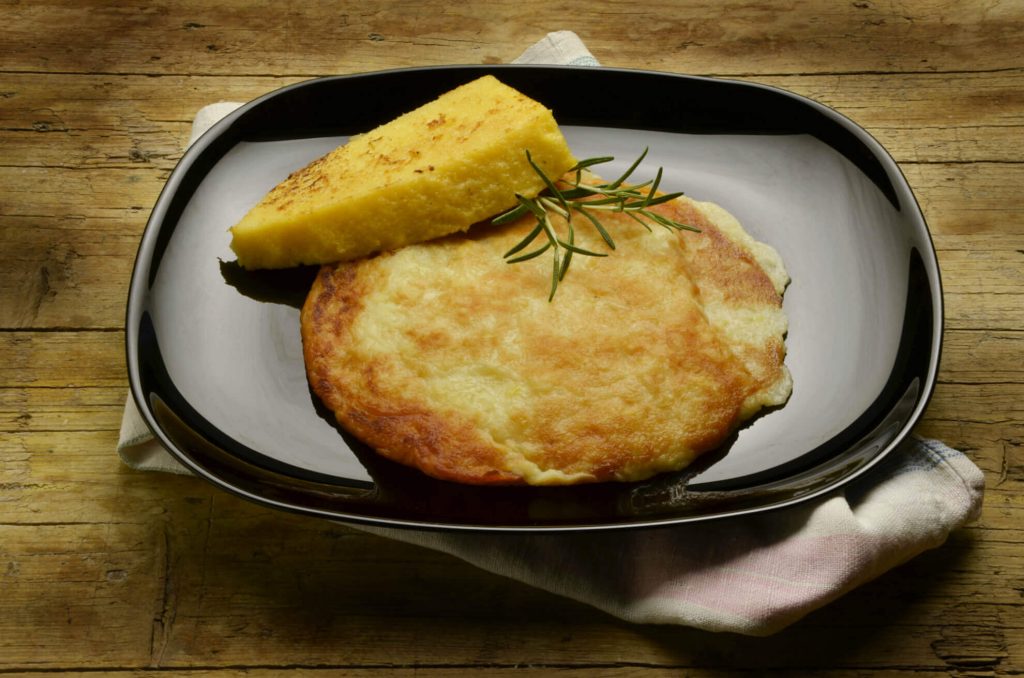 What to See in Aquileia

In Aquileia, there is something to see at every turn. It’s possible that one day some adventurous visitor will be able to find the famous gold treasure that has yet to be found. It’s a popular myth that was considered plausible until WWI.

The legend of the buried gold treasure dates back to the year 452  when the Huns set fire to Aquileia and the treasure was hidden who knows where. The founding of Aquileia can be dated back to 181 B.C. when it was a strategic center of Roman expansion towards Gaul, the Alps and the Baltic Sea and was destined to become a thriving emporium of commercial traffic and art until its partial destruction by Attila and his armies.

From the year 1000, Aquileia bore testimony to innumerable events in the fulcrum of the Empire, as the seat of the Patriarchate and, with the preaching of St. Mark the Evangelist, was a stronghold of the spread of Christianity. A vast archaeological area, with excavations continuously in progress, extends as far as the eye can see and culminates with the Roman Forum (built between the II and III century AD which came to light in 1934). For now, the portico, the floors, the colonnade and the remains of a basilica have emerged. 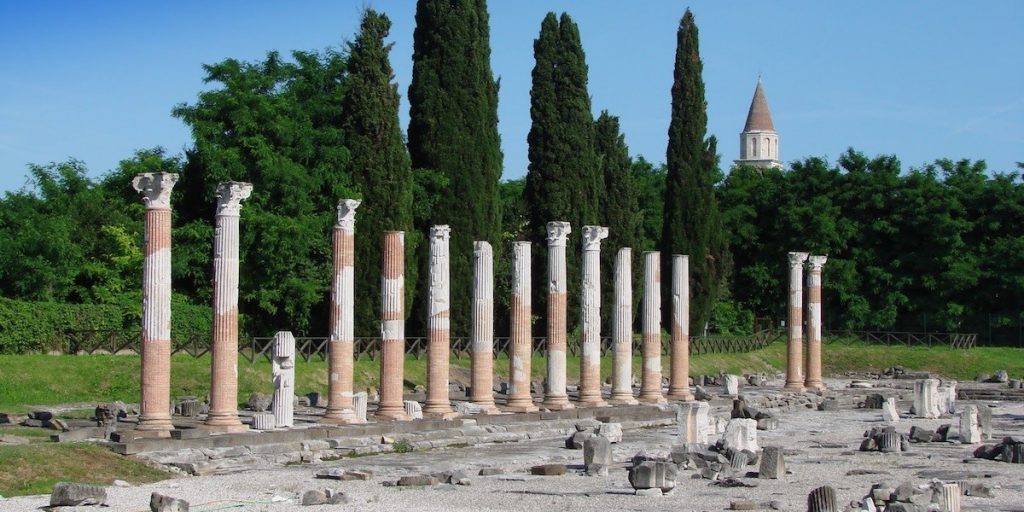 The National Archaeological Museum (one of the most important museums in the world for the variety of finds from the imperial age), the Paleochristian Museum (with over 130 funerary inscriptions and splendid mosaics), and the Civic Museum of the Patriarchate preserve a considerable, as well as impressive, historical heritage. The panoramic path of the Aquileia Sepulcher, the Via Sacra (which crosses the main archaeological sites of the city until it reaches the port on the Natissa River), and the South Halle (a 300 square meter treasure chest of beautifully restored mosaics), admirably embrace history and art in a context in which Christianity is evident everywhere.

The Basilica of Santa Maria Assunta was built around 313 and is rightly considered the “cradle of Christianity in Italy“. The mosaic floor narrates religious stories such as those of the good shepherd Jesus, and the biblical prophet Jona, while the Crypt of the Excavations (from the earthen floor and the multiple figures of fantastically preserved animals) and the Crypt of the Frescoes from the Byzantine era make the Basilica one of the most magnificent sacred temples in our territory. It is worth getting to Friuli just to visit it.

After all, the ongoing excavations are in constant evolution and you never know what Aquileia has yet to reveal to us and to generations to come. 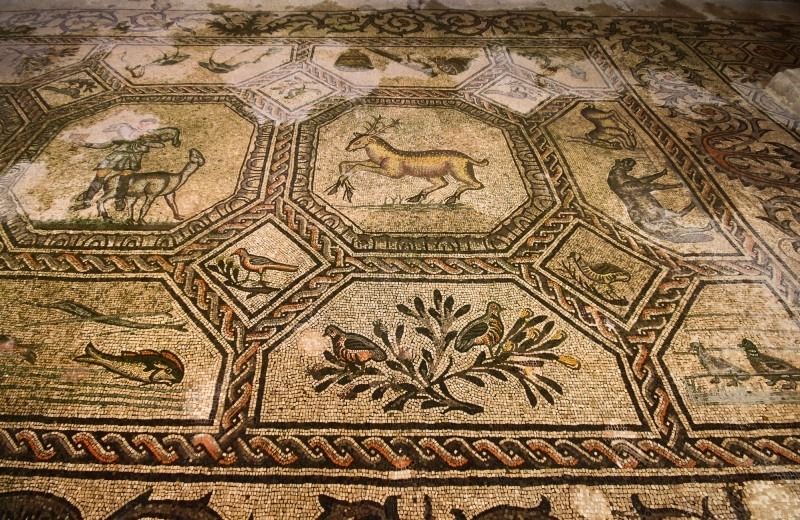