And yet, the first thing that comes to mind when reflecting on Italian beauty is probably not its trees. Yes, its magnificent trees. It stands to reason that a culture that appreciates beauty in every facet of life would also honor it in nature. The Italian organization, the Giant Trees Foundation, whose slogan is: “At the roots of the world there was a tree, and only trees can save us!” does amazing work and sponsors contests and events every year.

These four incredible “beings” were in the running for the Italian Tree of the Year 2019. Now that the contest is clearly over, we can announce that the winner was the oak from Tricase without ruining the surprise. Although the contest has long passed, I still think it’s appropriate to honor these trees and all their astuteness earned over the centuries. They have witnessed the passing of emperors, foreign invaders, the dropping of bombs, and children and lovers taking shelter under their limbs. Each could dictate its own prize-winning novel if only it could speak. So without further ado, here they are. 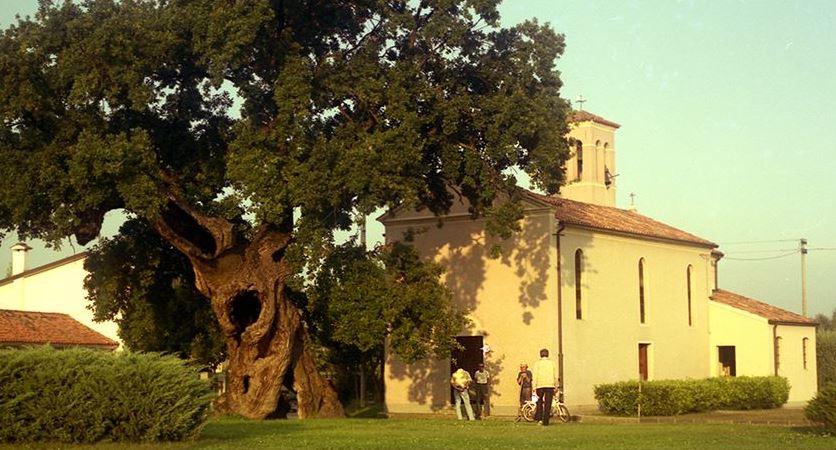 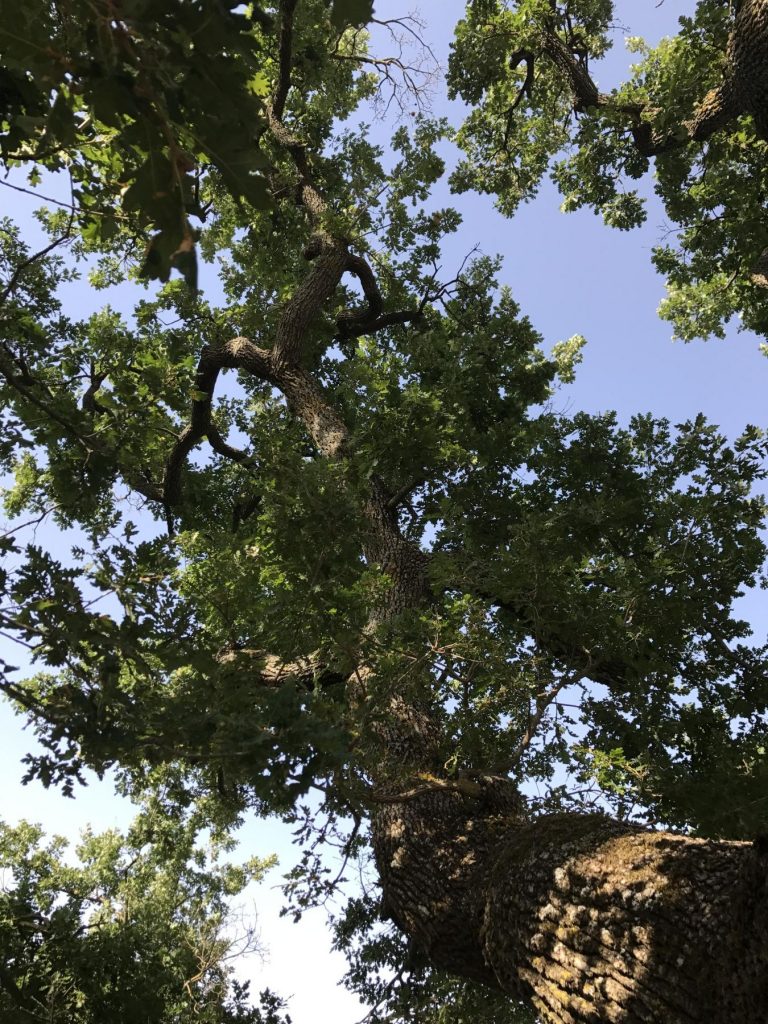 Our second gentle giant takes us to the Siena province in Tuscany’s Val d’Orcia– one of the most photographed landscapes on earth. The “Checche” Oak has undoubtedly been the subject of thousands of snapshots and paintings over its estimated 350-year life. It rises twenty meters into the Tuscan sky and its limbs stretch outwards of over twenty-five meters. Its name derives from the magpies that are known to gather under its massive shade. “Checche” did not always stand alone, but was once part of an oak forest. Its imposing size allowed it to survive the cut. It has had the honor of being recognized as the first “green” monument in Italy. Recently struck by lightning and having lost a massive branch, its curator describes the intervention lovingly:

The Holm Oak of Etna 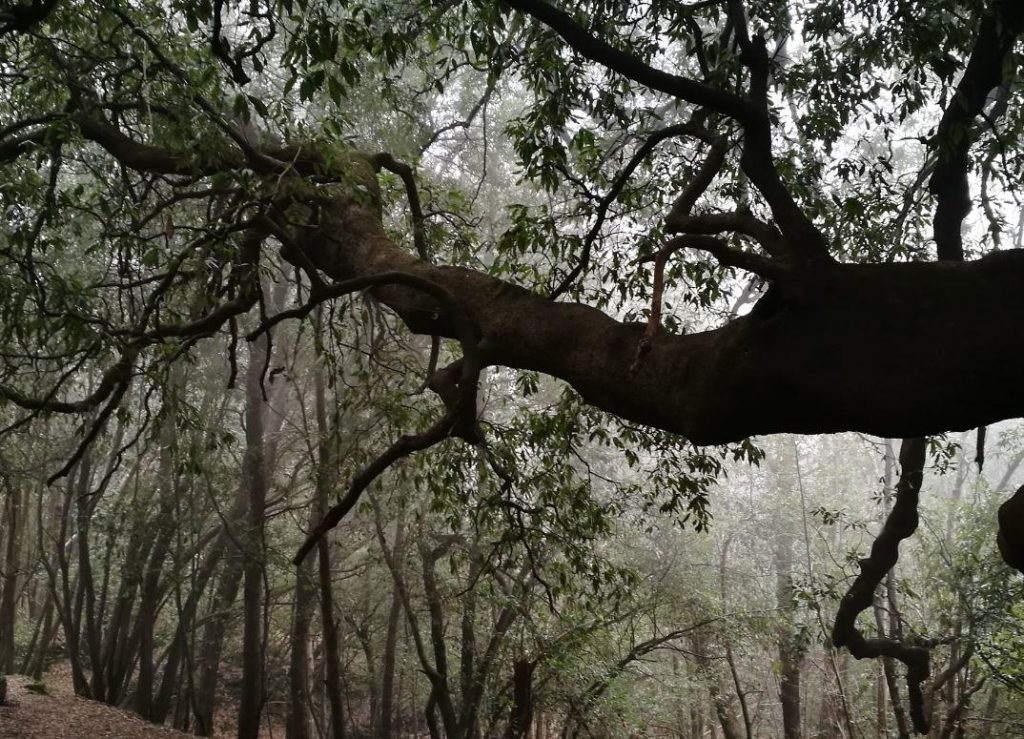 It warrants our respect for the life it has lived. Almost as you would travel deep into the forest to visit a wise wizard, you’ll be able to pay your respects to this tree within Etna Park on the Sentiero Ilice di Carrinu. The almost four-kilometer hike is described as “easy” on the park’s official website.

The Vallonea Oak of Tricase 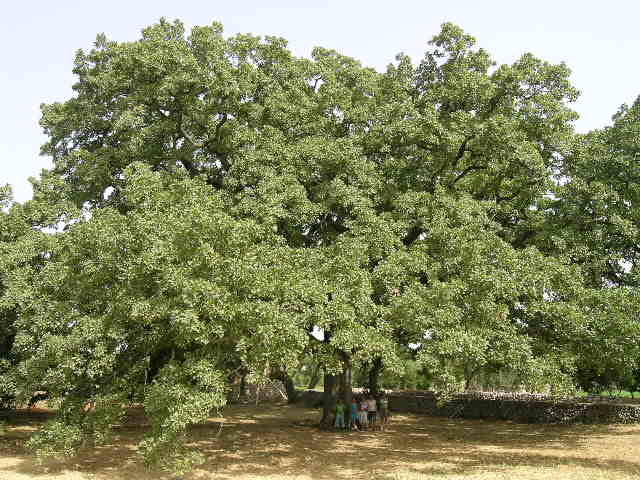 Thankfully, this tree is a candidate to become a UNESCO national heritage site. The Salentini are extremely proud of all aspects of their heritage.

I hope that all of these trees can continue to prosper for many years to come providing much-needed shade, respite, and peace to us mere human beings.