The Larino Carnival- One of Italy’s Most Historical

It’s almost time for Carnival in Italy and today, we’ll take you to the city of Larino in Italy’s Molise region. 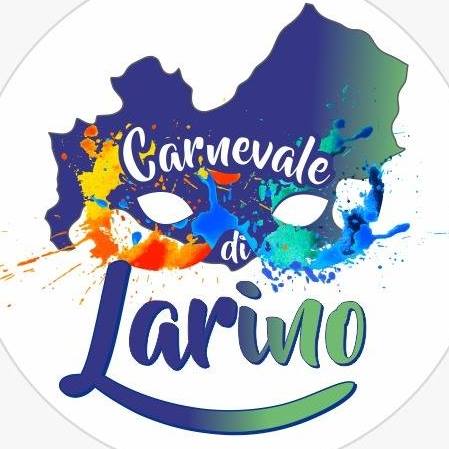 Recognized as one of Italy’s 27 Historical Carnivals, Larino in the Campobasso province of Molise, will be back in all its grandeur on February 22 and 23 and February 29 and March 1. In its 45th edition, it will be a celebration of beautiful, allegorical floats. Professionals build the paper-mâché floats which are modeled after famous people well-known in the region or after famous Italians. Because of their towering height, up to 6 meters tall, they are called “paper-mâché giants”. Dancers dressed in bright colors and children in masks accompany the allegorical floats in the parade. 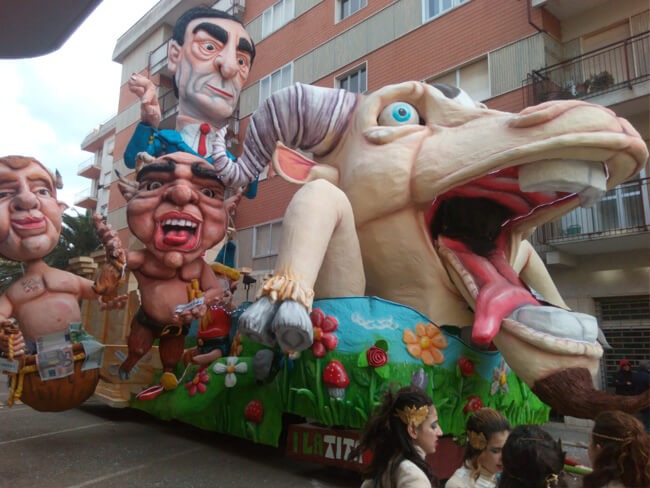 The Floats and the Parade

The event is the result of the commitment of Larino’s youth who, together with the Larinella Association, begin preparing many months before the actual event. Two separate techniques are used to create the characters. The first technique uses an iron structure as a base which is then covered with newspaper sheets to give it its form. The forms are then coated with layers of newspapers and glue. The last layer, called “brown paper”, is applied followed by a base coat of white paint. The finishing touches are then added to bring the characters to life.

The second technique employs the use of clay molds as a base to construct some parts of the float. First, the clay mold is made and then the paper-mâché process described above is used. 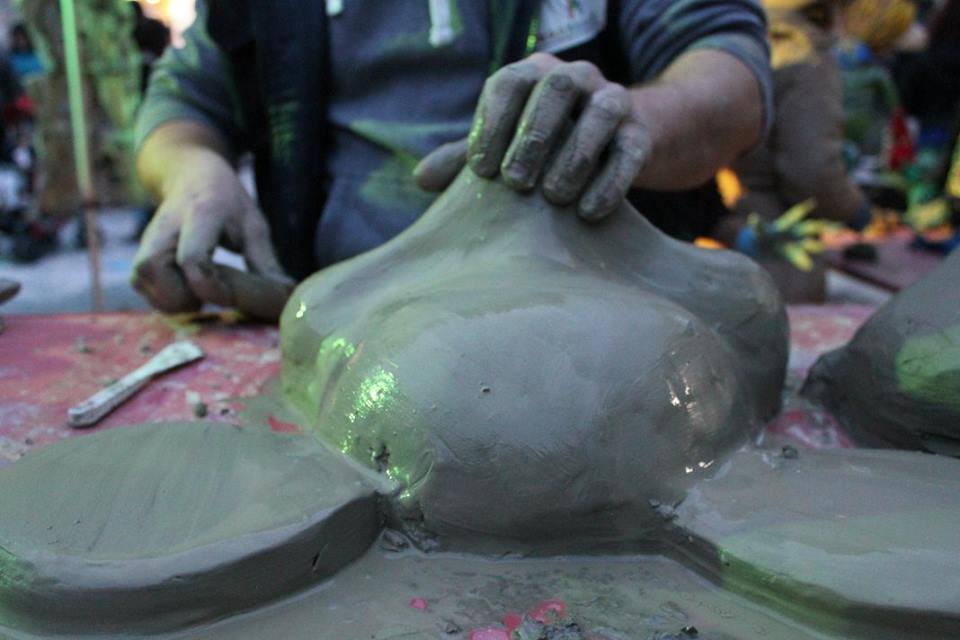 Larino’s Carnival is packed with fun where young and old alike can admire the skills of jugglers and dancers, as well as taste chiacchiere, a local Carnival dessert.

The party begins on February 22nd with the inauguration and floats parading through the streets of Larino’s town center. You can even sign up for the best individual or group costume competition.

By car: along the A14 towards Pescara until the Termoli exit, then continue towards Campobasso / Larino, take the SS87 following the destination

By bus: SATI bus lines (Campobasso / Termoli and then take from Termoli to Larino) – consult the website for bus timetables.

Post Views: 1,401
A. Raucci
A Day in Turin- What to See and Do
Skiing in Southern Italy, Sardinia, and Sicily