If you haven’t ever heard of the village of Venzone you’re not alone. This hilltop town in Italy’s Friuli-Venezia Giulia region isn’t on most tourists’ radar, but in this article, I hope to prove that it should be. Recently inducted into the prestigious list of the “Most Beautiful Villages in Italy”, Venzone has everything you could possibly need for the perfect Italian getaway.

While Venzone may be new to you, it certainly is no novice in European history. Due to its strategic location, it found itself smack dab on the road to the north, from the Celts in 500 BC to the Romans who made it a major pit stop. In fact, it was on the Via Julia Augusta which connected Aquilea to present-day Austria. Not until the year 923 AD do we have actual evidence of Venzone being an urban center. By 1258, Venzone had double fortified city walls, a moat, and as many as five castles. It happens to be the only fortified, 13th-century city left in the entire Friuli region and it was recognized as such in 1965.

Just eleven years later, in 1976, the entirety of Venzone’s historic center was completely demolished in a devastating earthquake. It measured 6.4 on the Richter scale and Mount San Simeon, just a few kilometers from Venzone, was its epicenter.

Casa Marcurele: Entering from the Porta di sotto gate, it will be on your right. It’s the oldest building in Venzone, dating to the 11th century.

The Duomo: A Romanesque-Gothic cathedral built in 1338. This magnificent building above all others is a true testament to the strong-willed Friulian people and the rebuilding effort that took place after the 1976 earthquake. In the particular case of the cathedral, over 9,500 stones were numbered and painstakingly put back in their exact original position. It took almost twenty years to complete the reconstruction project. It was a jigsaw puzzle of epic proportions! 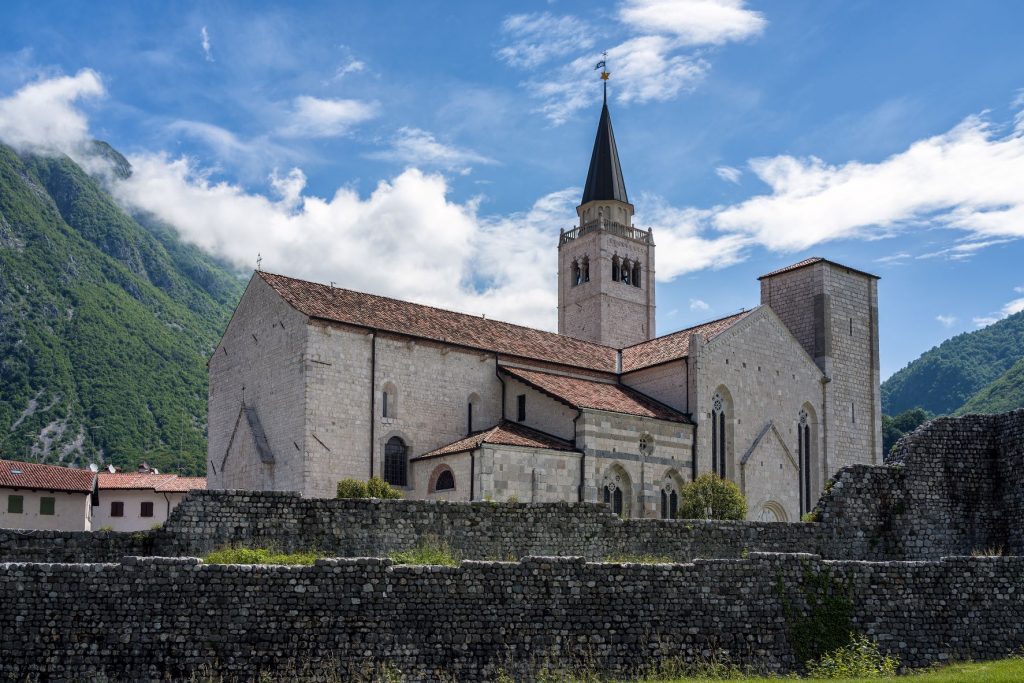 Make sure to note the beautiful organ that was restored in 1996 but was original to master organ maker Callido and dates to 1792.

The San Michele Chapel in front of the church dates to the year 1200 and is now home to a mummy museum. About forty mummies that date from the 14th to the 19th centuries were excavated during a construction project on the Cathedral. Their natural mummification was due to a specific type of mold that dehydrated the bodies. Today, there are a total of five mummies on display.

Piazza Municipio: The Town Hall building dates to the 14th and 15th centuries and displays the many coats of arms of Venzone’s ruling families.

Palazzo Orgnani Martina: This 18th-century noble palace is considered the finest example of the era in Venzone. Inside you’ll also find the earthquake museum, Tiere Motus, which tells the story of the 1976 quake’s destruction and the rebuilding effort.

Church of St. John the Baptist: This is a 14th-century church that was not rebuilt after the quake.

Porta San Genesio: The only completely rebuilt tower dating to the 14th century. 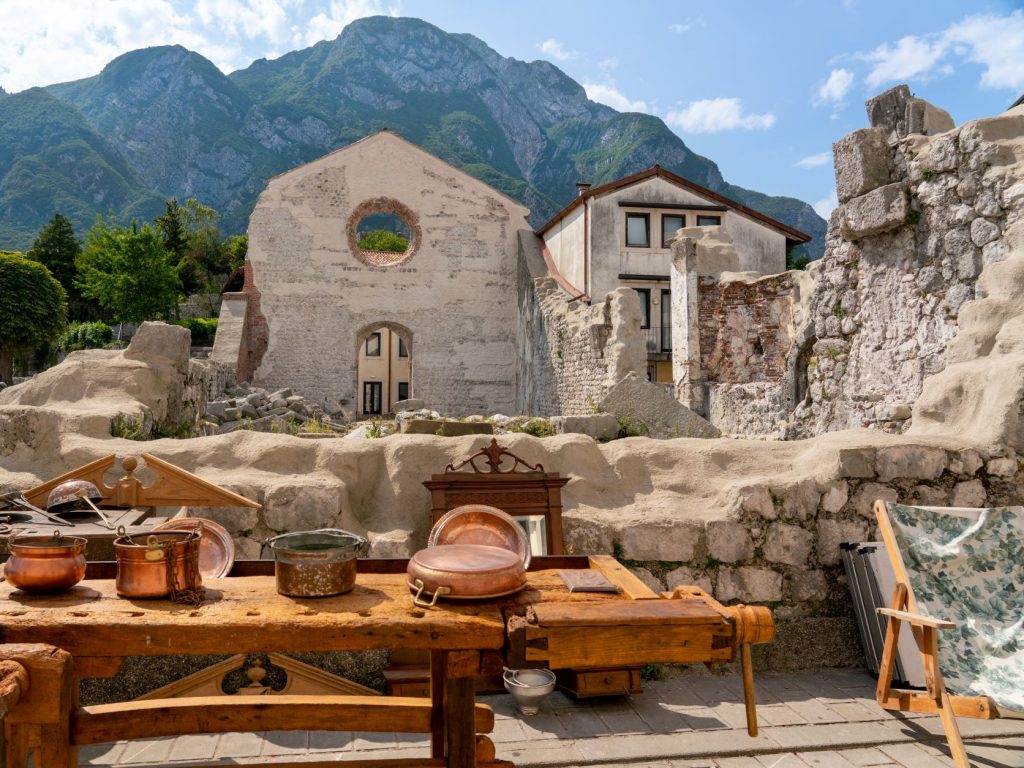 Just outside the city walls, you can enjoy numerous trails through the Parco Naturale delle Prealpi Giulie including the ancient Celtic Way. It connects a series of churches and convents dating from the 10th through the 18th centuries with stunning views of the mountains and the Tagliamento River.

Two of Venzone’s biggest events are a week-long celebration in honor of Santa Lucia (December 13th) and the Pumpkin Festival (Festa della zucca) in October. This is a great opportunity to taste some of Venzone’s traditional recipes including tripe and bread and dessert made from millet flour.

Any time of year is the right time to visit Venzone, but autumn and winter are especially lovely and put you in a strategic location to enjoy all kinds of winter sports in the Carnic and Giulian Alps. Read more in our article about Tarvisio.

Post Views: 50
Redattore
A Sicilian Romance: The Island of Ortigia
The University of Padua’s Botanical Garden Since 1545