Bominaco: a Pearl in the Territory of L’Aquila

L’Aquila is a city that is close to the heart of the people of Abruzzo, but the road that leads to it is also full of priceless gems. One of these is Bominaco: a tiny fraction (only about 85 residents) of a municipality called Caporciano. 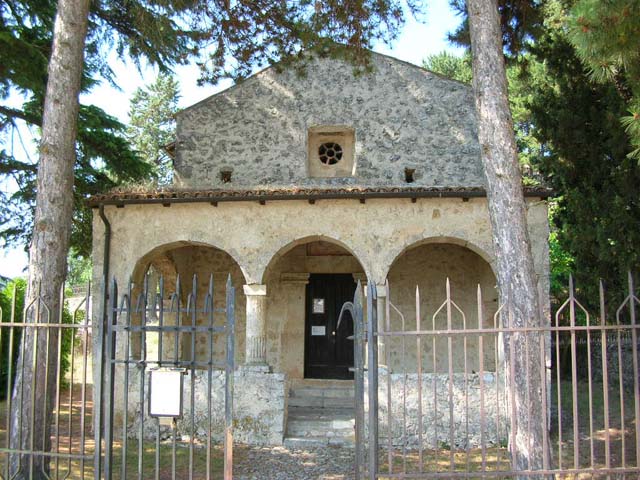 What to See in Bominaco

When you arrive, you’ll come to a clearing: a central meeting place for people who live here. You can park your car and continue walking on an unpaved road that leads to a small church visible behind grates. It has a simple appearance; the Oratory of San Pellegrino and the Church of Santa Maria Assunta characterize this small center.

They were part of the monastic complex of Momenaco during the Middle Ages, and despite their war-like past, they have remained intact. In 1254, they contributed to the foundation of the new city of L’Aquila, commissioned by King Frederick II of Swabia and later, in 1423, were destroyed in the struggle between the abbots of the village and the Bishops who claimed control.

The Church of Santa Maria Assunta seems to have been built at the behest of Charlemagne and dedicated to Saint Pellegrino who appeared to him in a dream. It is considered one of the greatest expressions of Romanesque in Abruzzo. It includes three apses in the back, while the interior is divided into three aisles with seven arches. It has preserved elements of considerable value such as the cathedra, altar, ciborium, the Easter candelabra, and the ambo. 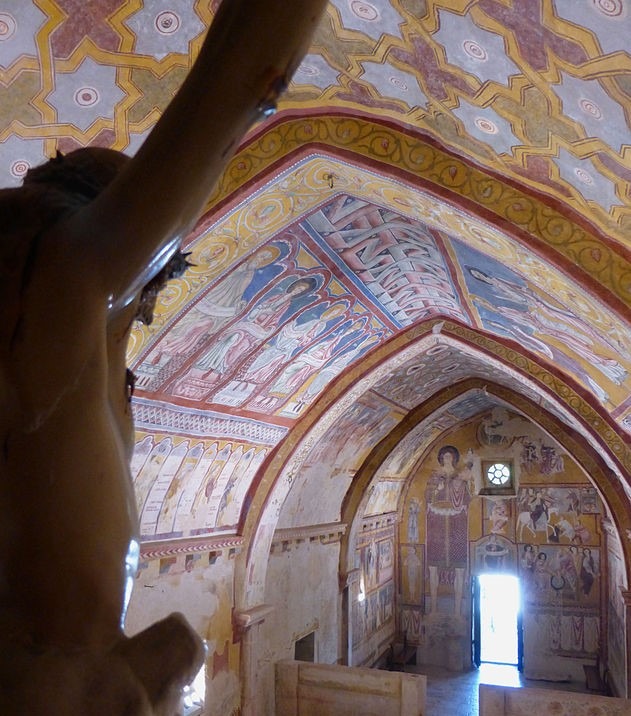 The oratory, which appears so bare and stark from the exterior, reveals an astonishing surprise when you cross its threshold: its beautiful frescoes. The small and very intimate environment contrasts, once again, with the artistic entity of the cycle of frescoes dating back to the second half of the thirteenth century. The chosen themes depict both the Old and the New Testament and represent episodes of sacred history in four cycles. A total of 470 square meters of frescoes completely cover the vault and the walls. The space below is divided by two “plutei” (stone fences) depicting a dragon and a griffin intended to separate, as was customary in the early Christian churches, the baptized from the catechumens. 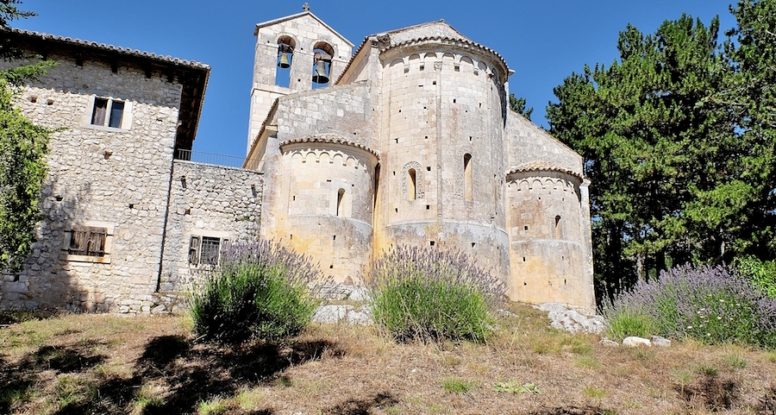 A short distance away from the Church, a slight slope of rocky stairs leads to the Castle, or rather to what remains of it. Built on an elevated, strategic location, it guaranteed visual contact with other defensive settlements. For us contemporary visitors, it gifts us a 360-degree view of the valley.

It was initially built of wood and then reinforced with stone fences. In 1424, it was destroyed, but in the XV century, it was rebuilt in its current state by order of Cipriano Iacobuccio da Forcona who added the majestic circular tower.

Despite the fact that recent earthquakes have not spared these areas with their destructive fury, walking through Bominaco you have the feeling that these walls are deeply tied to the land that welcomes them as a sign of strength and continuity with the past. 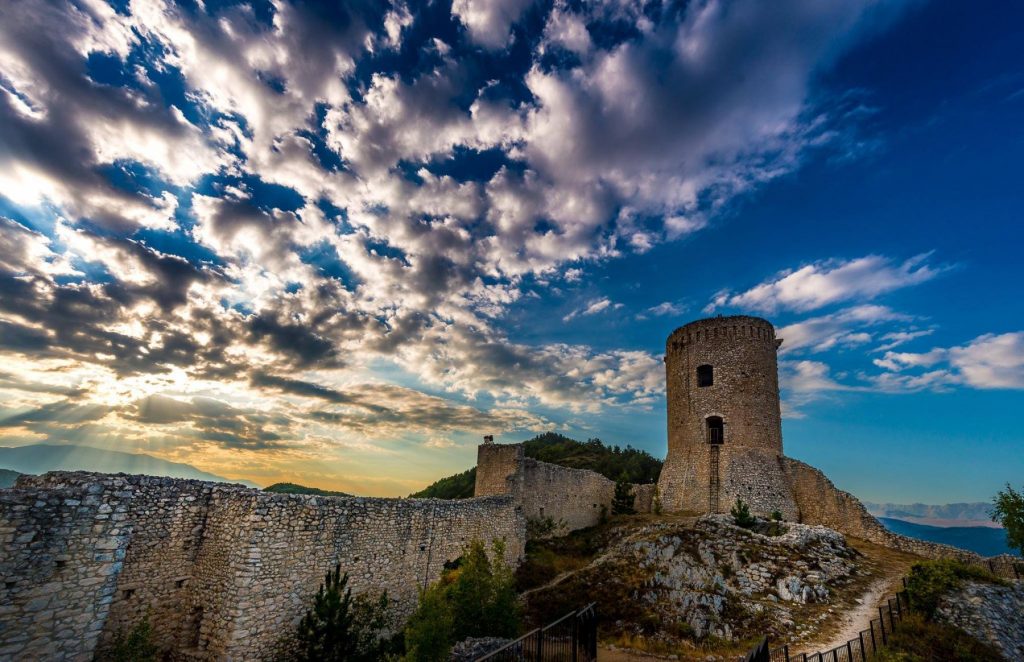