The Castle of Roccascalegna in Abruzzo and Its Sinister Past

In the Chieti province of the Abruzzo region, the Castle of Roccascalegna is majestically perched upon a rocky mountain. Like all castles, it too has a story to tell about its mysterious past. 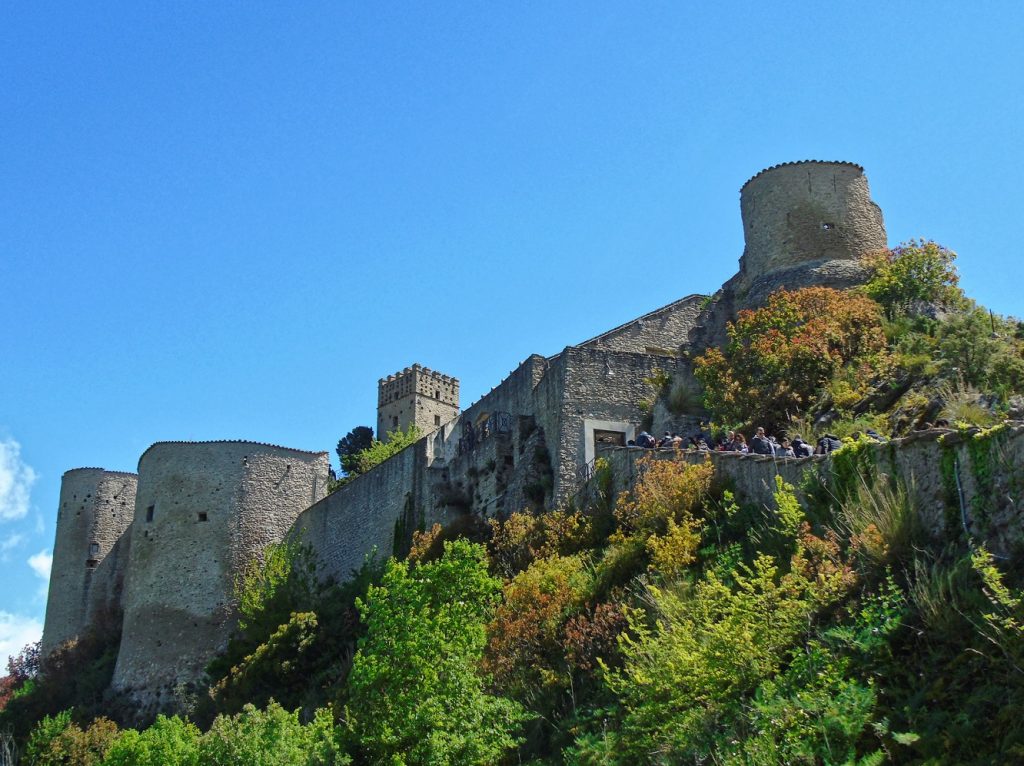 The Village and Castle

Roccascalegna is a small village that for centuries has been guarding la Rocca (the castle). This Lombard outpost in its dominant position seems to be suspended in a void towering over the houses of the village. The name Roccascalegna itself has something to do with this ancient castle. In fact, it comes from Rocca con scala di legno (fortress with a wooden staircase) and refers to the staircase that leads from the village to the castle’s tower. Today, it is still visible in the municipal coat of arms.

Founded by the Lombards in the 12th century, precisely in 1160, the castle had two functions: controlling the underlying Valle del Rio Secco and defense from the Byzantine arrival on the Adriatic coast. Initially, the building was composed of only a watchtower and was expanded later to its current appearance.

The Rocca, as it’s referred to by the villagers, saw the alternating phases of oblivion and abandonment. The first restoration, after a period of abandonment, was carried out in 1525 and then the castle fell back into a period of darkness until 1705 when the access ramp was added to the building and some restoration work was done. But the date that marks the return to splendor for the fortress is 1985 when the Croce Nanni family donated the castle to the municipality, which carried out a massive restoration completed in 1996.

Today, the fortress can be visited and accessed from the center of the village through a staircase where you can still see the remains of the old drawbridge.

The accessible rooms of the fortress house a torture chamber, but also an armory where a reproduction of the Byzantine flamethrower is preserved. This machine is made of wood, bronze, and leather and was in fact able to launch the “Greek fire“- the secret weapon of the Byzantine army. 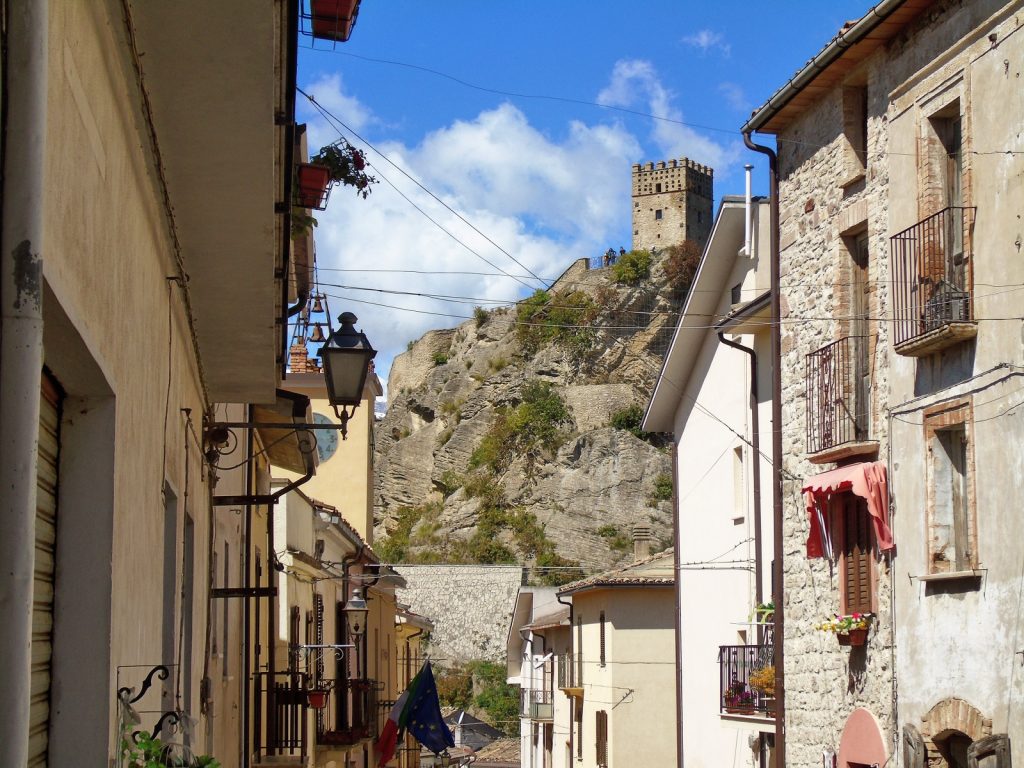 This particular flammable mixture, whose composition still remains a mystery today, had a peculiar feature- it couldn’t be extinguished with plain water (which actually enticed the flames further), but only by using vinegar or urine. In addition to the flamethrower and the various torture devices, the Rocca also houses an ancient presence.

Romantics and history buffs take note: Corvo De Corvis, a baron who lived (and some would say- still lives) in this castle, was renamed Corvo (raven in English) for his innate wickedness and perverseness. He actually forced his vassals to venerate a black raven!

It was in 1646 when Baron De Corvis reintroduced the medieval practice of Jus Primae Noctis. Every bride had to spend her first wedding night with the “Raven” rather than with her spouse. But one night a brave bride stabbed De Corvis directly in his heart with a stiletto dagger. At that moment, Corvo made a desperate attempt to grab onto a rock wall with his bloody hand, and there, he left his bloody imprint. In the following days, many people tried to wash his handprint off the rock, but no one ever succeeded. To this day, there are still some people who claim it is still visible.

The baron seems to have left more than a visible mark on the castle. On stormy, windy nights, many people claim to hear a flock of ravens announcing the return of Corvo De Corvis to his castle in search of eternal peace.

So, if you aren’t afraid to meet the wicked baron, the castle and the village below are worth a visit with its many churches and spectacular view of the Majella Mountain that can be enjoyed from a privileged position.

Article by: A. Falasca