Caves in Italy: Cave of King Tiberius in Emilia Romagna 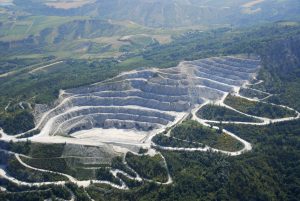 The Cave of King Tiberius is located in Riolo Terme in the Parco della Vena del Gesso Romagnola.

Known for its high archaeological and witness value, and for the presence of healing waters, the cave has been known in Italian and international archaeological literature since the mid-nineteenth century.

In the approximately 140 years since its discovery, numerous researches have gradually highlighted the close connection between its environmental characteristics and the interest of human groups who, from the late Copper Age to the Roman Imperial Age, have used its concamerations for various purposes. First of all for religious reasons, but also as settlements and tombs. Among the numerous traces linked to the human presence, the cave is by far one of the most interesting and significant historical and cultural testimonies.

It is possible to book guided tours with the Speleological Guides of the Parco della Vena del Gesso Romagnola, in collaboration with La Nottola APS-ASD. 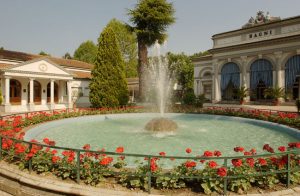 FREE visits (on BOOKING) are available thanks to the funding of the Parco della Vena del Gesso and the Municipality of Riolo Terme on Saturdays at 3.30 pm, while on Sundays and holidays at 10.00 a. m. and 3.30 p. m.

The tour lasts from 60 to 90 minutes and it’s suitable for all ages. It’s recommended to wear comfortable clothing, trekking shoes or with rubber sole, a lightweight waterproof jacket (inside the cave the temperature is about 12 °C all year round). A helmet is supplied.

For schools, summer centers and groups of at least 20 participants, it is possible to arrange reduced rates for visits in different days and times, throughout the year.

The most adventurous can visit the “speleological” section (only for small groups with good mobility and trekking experience).

The Cave of King Tiberius has an overall development of over 6 km and a height difference of 223 meters, on several levels. It drains the waters of the Monte Tondo area and the underground streams, which have generated a vast underground network of tunnels, underground paths, wells and chambers, after an external path of a few hundred meters, flow into the Senio stream.

Mining activity has intercepted the caves in several places, partly destroying them and altering the underground path of the waters. 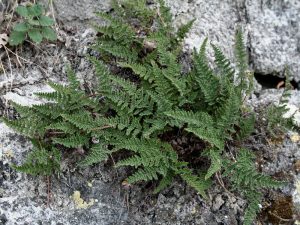 The Cave of King Tiberius experienced the first speleological explorations at the beginning of last century (G. B. De Gasperi, G. B. Mornig). Explorations continued after World War II by Gruppo Speleologico Faentino. A turning point is due to the activity of the Speleo GAM Mezzano that, since 1990, has explored and found over 5 km of new caves. On the walls around the cave there is the rare fern Cheilanthes persica, on the western edge of the distribution area, which goes from Monte Mauro to Monte Tondo.

At the entrance to the cave there are still some specimens of another fern, Adantum Capillus-Veneris, while the very rare Asplenium Sagittatum has been extinct for over 50 years. The Gessi di Monte Tondo system of caves and tunnels houses 15 species of bats, with important breeding or winter colonies of Miniottera, Vespertilio Maggiore, Vespertino di Blyth and Horseshoe Euriale.

The cave is also home to an interesting invertebrate fauna, with eight species of troglobias and eutroglophilous (i. e. exclusively or predominantly caverniculture), including the small shrimp Niphargus Longicaudatus Group, the isopod Androniscus Dentiger, two species of endemic mites of King Tiberius (Medium Melis and Ramusella Caporiacci) and the beautiful grasshopper Dolchop.

The Park offers every week several opportunities for every type of visitor.