A journey into Chagall’s dream world

Admiring a work of Marc Chagall immediately reminds us of our childhood memories, where colours and dreams were the subtle border between reality and fantasy. We are carried to a dreamlike surreal dimension that enables us to alienate ourselves from our present, even for a moment . So why letting it happen only in our mind and not around us? 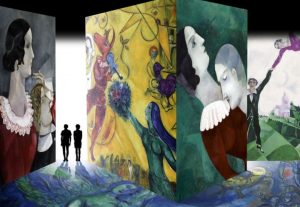 For the first time, “Chagall. Summer Night Dream”, the exhibition-spectacle dedicated to Marc Chagall arrives in Italy from the 14th of October 2017 to the 28th of February 2018, in the Museo della Permanente in Milan. The exhibition will enable the spectators to to enter the life of the dream, through a completely new form of living art.

In fact, it is not going to be a simple exhibition of paintings, but a real journey along the most important stages of the Byelorussian painter’s life and artistic production. A journey during which the paintings will be replaced by scenographies and 3D representations, combined with a soundtrack composed specifically for the event. 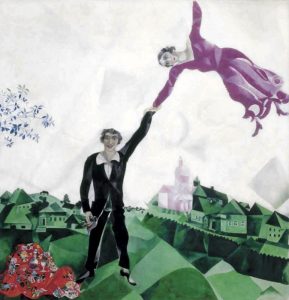 The exhibition is divided into 12 sections. It starts from Vitebsk, a small Russian village where Chagall was born; it passes through the sections Life, Poetry and Collages, in order to arrive at the War one. The war had a tragic role in the artist’s life, since he was obliged to escape from France because of his Jewish origins, proudly highlighted in his works of art. The exhibition continues with the following sections: The Stained Glass Windows section, realized by the artist for some places of worship in Israel and France, L’Opéra Garnier, Daphnis and Chloé, The Mosaics, The Circus and it ends with The Illustrations for the Fables by La Fontaine and The Bible.

During the exhibition/journey, spectators will get the chance to admire some of the most famous Chagall’s works of art, like Lovers in grey (1916-1917), The promenade (1917-1918), The fight between Jacob and the Angel (1960-1966) and others, which will be accompanied by music and narrated stories. That way, the spectator will be transported to Chagall’s dream world.

During the exhibition, spectators will have the opportunity to admire some of Chagall’s most famous works, such as The Lovers in Grey (1916-1917), The Walk (1917-1918), The Jacob’s Fight and the Angel (1960-1966) and others, which will be accompanied by music and narrated stories that will transport the spectator into the dream world of Chagall.

For the first time, the work will not seem distant, but it will be around the visitors on a full scale. 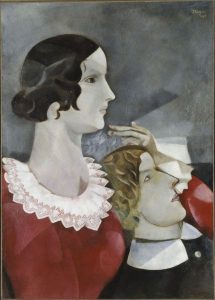 This new form of multimedia exhibition will allow you to understand every facet and intrinsic meaning of the work, involve your senses and our imagination and create wonder and new emotions, making visitors the real protagonists of the work.

A one-of-a-kind experience, that has nothing to do with the so-called “immersive exhibitions” already seen in Italy. An event not to be missed.

The Museo della Permanente is in Via Turati, 34